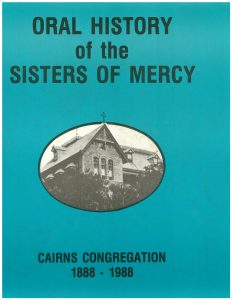 In 1988 Cairns Congregation celebrated the centenary of their foundation from Dungarvan, County Waterford, Ireland. As part of the celebrations, the congregation completed an oral history project, gathering the stories of sisters and residents about the early days in Cooktown, Herberton, Cairns and other locations. The interviews are now held in the ISMAPNG Archives and are a rich source of information on the history of the sisters in far north Queensland. 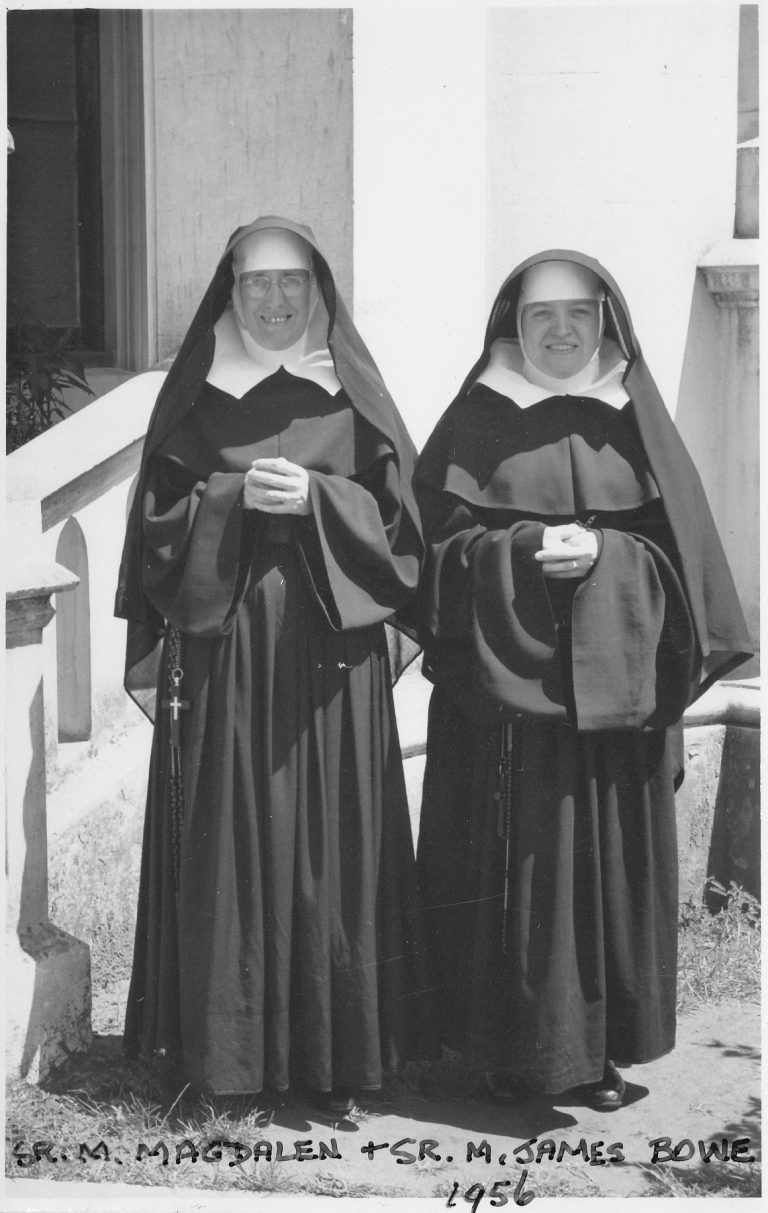 One interview with Sr M. Magdalen Bowe covers her journey to Australia from Ireland as part of a group of young women who were sought to be part of the mission to far north Queensland. Margaret Bowe was born at Carrick-on-Suir, County Tipperary, Ireland in 1910, arriving in Australia in 1928. In her final school year in Ireland, seven sisters came to her school from a number of different missions. She stated that ‘When the Herberton nuns came in 1928, I decided I’d come with the Herberton nuns. That was October 30th, we left Dungarvan and went to London. We sailed on the ‘Esperance Bay’ to Australia.’ [1] 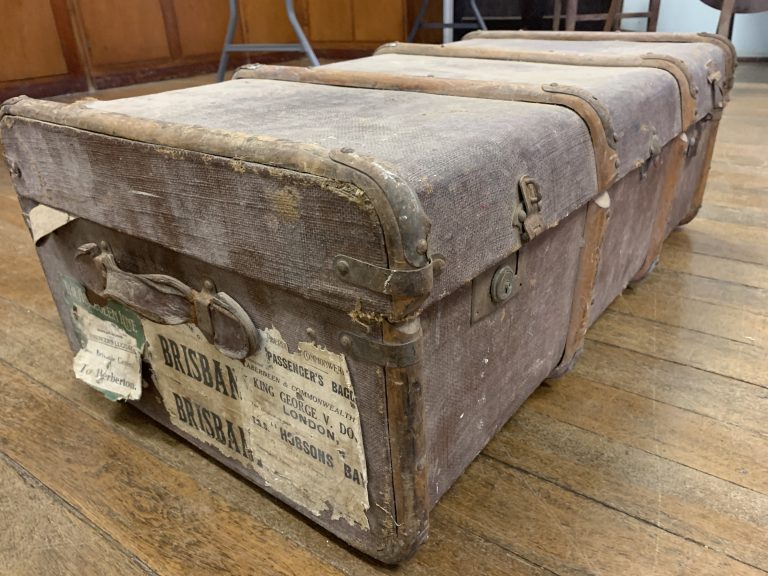 A trunk that was brought to Herberton in 1928

As an interesting addition to the story regarding the ship, we now know that the group actually travelled on the SS Hobsons Bay, rather than the SS Esperance Bay. In 2020 a large travelling trunk was found in a ‘dungeon’ room at Mount St Bernard’s College in Herberton.[2] The trunk had the original luggage tags of the shipping company and the ship name as ‘SS Hobsons Bay’. After some research of the passenger lists, the College confirmed that the group had indeed travelled on the SS Hobsons Bay to Brisbane. Both the SS Hobsons Bay and SS Esperance Bay were part of the Australian Commonwealth Line and were named after bays in Victoria and Western Australia. They were known at the time as the ‘Bay ships’.

The group of twelve young women, escorted by Mother M. Gertrude Power, made the long sea journey calling at Fremantle, Adelaide, Melbourne and Sydney. They first disembarked in Sydney, spending a few days with the Parramatta sisters, then visited the Brisbane sisters for a short time before taking the train from Brisbane to Cairns, arriving on 24th December 1928. They stayed in Cairns before hiring two cabs from the white cab service, travelling up over the Gillies Range road, which was newly opened at the time. They arrived in Herberton in the afternoon after having lunch at ‘the lakes’ [Lake Barrine and Lake Eacham on the road to Atherton] [3].

Sr M. Magdalen spent three years in Cooktown from 1939 to 1941 teaching grades 1, 2 and 3. She vividly describes the conditions at the time:

‘Life for the sisters in St Mary’s, Cooktown was not a particularly easy or comfortable one. There was no electricity, running water or indoor toilets. Lighting was by means of a generator which was turned on and off at a set time each evening. Otherwise, candles or kerosene lamps were used and these only when necessary. A wood fire was lit to boil the big copper for washing the clothes. A windmill was turned on to pump water to the top storey. Pumping the windmill seemed a very difficult task, physically, but it had to be done. As there were only four sisters running the boarding school, with a full schedule of teaching and music lessons, these household chores came round with amazing rapidity,’ [4] 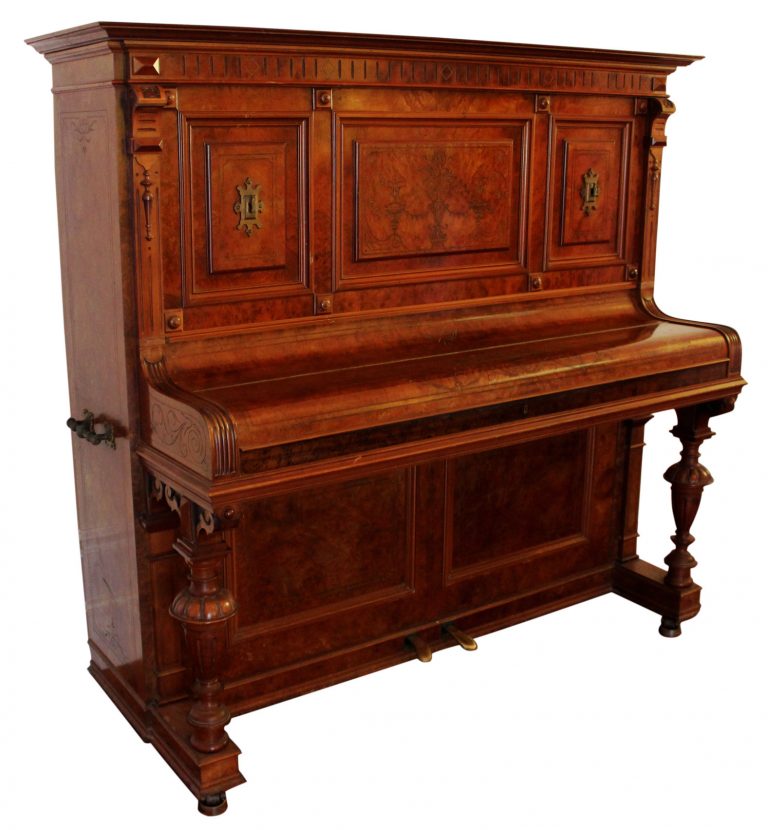 In December 1941, after news of the attack on Pearl Harbour reached Cooktown, there was an atmosphere of anxiety and panic in and around Cairns and Cooktown. Everyone who could was leaving to go to safer places. The sisters were strongly advised not to return to Cooktown after the school closed for the holidays so they secured the convent and its contents and accompanied the boarders to Cairns by boat. They then travelled to Herberton, where they spent Christmas and New Year. In early 1942 the convent was handed over to the Australian military, then later American troops were stationed there until the end of the war. The Battle of the Coral Sea was fought offshore from 4 – 8 May 1942. 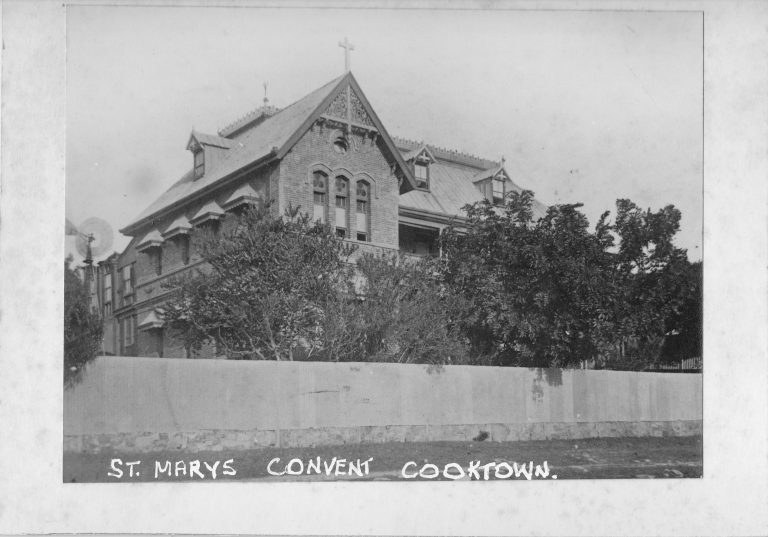 The sisters could not return to the convent, although at the end of 1942 Sr M. Benigna, Sr M. Bernard and Sr M. Carthage returned to collect the sacred vessels and other valuable items. A Lipp piano and the spiral staircase were taken to Herberton. Much had to be left behind. As Sr M. Magdalen remembers ‘not only material possessions but memories of what had been most dear, a life-time sacrifice made by so many sisters, their life’s work and prayer…it was so difficult to leave it all’. [5]

In 2008 Cairns Congregation celebrated the 120th anniversary of the founding of Cooktown, spending time there as part of their celebrations. The convent is now part of the National Trust, Queensland and houses the collections of the James Cook Museum.