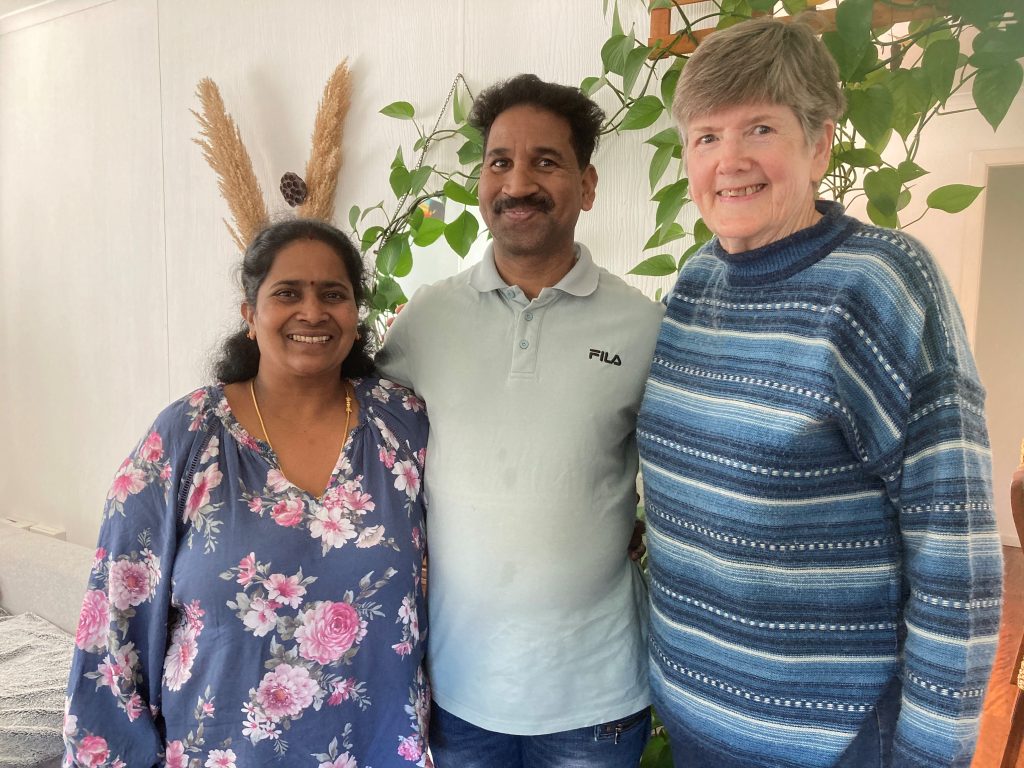 Millions of Australians rejoiced at the decision to allow the Murugappans to return to Biloela. One Sister, Kay O’Neill RSM, witnessed their emotional homecoming.

For refugees, asylum seekers and their supporters in Australia there has been little cause for celebration in recent years.

Many people who have sought refuge here face long term uncertainty with an endless merry-go-round of detention, temporary visas, and lack of access to Medicare and Centrelink. They also have the real threat that they may be forced to return to countries they fled, inevitably facing persecution and potential death.

This is one of the reasons why there was such rejoicing at the decision by the new Australian Government to allow the Murugappan family to return to Biloela in Central Queensland. It was a small, yet significant, win in the face of a litany of knockbacks and despair.

Kay O’Neill RSM, who lives in Redcliffe Queensland, was one of many supporters and friends of the family who was in Biloela to welcome them home.

“It was a very emotional time, there was a lot of cheering, streamers, welcome home posters and a general outpouring of love from the community.

“The most touching moment was when Priya fell to her knees and touched the ground, for it was the first time they had been able to set foot in Biloela, since being taken from their home by immigration authorities four years ago,” said Kay.

Nades and Priya are both Sri Lankan Tamils. Nades arrived at Christmas Island on a boat in 2012 and Priya at the Cocos Islands in 2013. The couple first met in Australia and married in November 2014. They subsequently had two children, Kopika and Tharnicaa, who were born in Australia in 2015 and 2017.

When their visas were denied, the Murugappans applied for an appeal and were told it was in the mail. The document never arrived, instead more than 20 border force guards came to their Biloela house at 5am one morning unannounced and forcibly took them to detention. Twice the authorities tried to deport them but injunctions enabled them to stay.

Kay has been working with refugees and people seeking asylum for more than 12 years. Her association with the Murugappans began around four years ago, through another Sri Lankan family in Brisbane.

“One day I was at their house when Priya called from detention and they put me on the phone to her.

“I said to her that I was ashamed at how our government was treating them and that I would continue to pray for her and her family.

“She said she was so grateful for the support she had received from so many people that they did not even know,” said Kay.

Christmas was approaching and Kay asked Priya whether she needed any toys and she said the items she needed most was clothes.

“I then went to the shop to buy them some clothes and I was pleasantly surprised by the positive reaction I received by the woman at the clothes shop when I told her who the clothes were for.

“Like most of us, the woman at the shop said she was ‘so angry’ at the way the family had been treated.

“Each time I went to purchase them something, I got the same positive reaction from people”, said Kay.

Kay finally got to meet the family when they arrived in Brisbane en route to Biloela in June. The family are of Hindu faith and while they were in Perth, Priya found the Catholic Church and would often go there to pray to Mary for their family.

“Priya told me that over the past four years she kept saying to herself ‘Why my family?’.

“Yet when the plane took off from Perth to Brisbane, Priya said that she felt that all that been left behind,” said Kay.

Kay said that thankfully the Murugappans return to Biloela has given them a whole new lease of life.

“With a few exceptions, the community in Biloela and throughout Australia has just been so supportive.

“Crowdfunding has raised more than $200,000. A donor from Melbourne has paid for their rent for six months, stores in Biloela have donated furniture and supporters have provided household goods”.

The Murugappans, while grateful, are conscious that there are thousands of other refugees and people seeking asylum in Australia who aren’t as lucky.

“I know of several families who are in a similar predicament to the Murugappans  and they have been fearful that the Immigration authorities were going to come to their house in the early hours of the morning and take them away. With the change of government, they are now more hopeful that proper processes will be applied, and that they will be able to stay.

“All of the refugees and asylum seekers I have the honour of journeying with say that regardless of the uncertainty and conditions, when faced with what could be a potential death at home they are just ‘So grateful to be here’.

“One Afghani man said to me recently that he was going to give blood at the Red Cross as this was his only way of ‘giving back to Australia’”, said Kay. 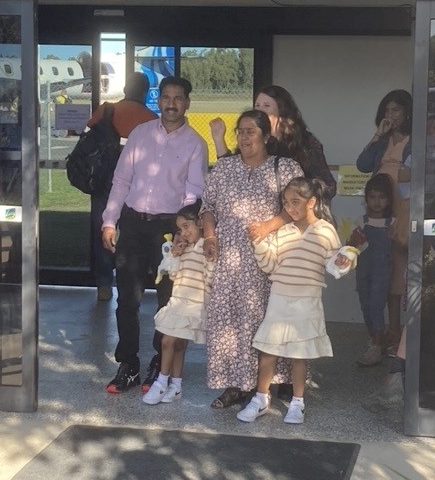 Kay reflected that if more people heard these stories they would realise that people seeking refuge here have fled their homelands because they had no choice.

“Think about it, these people have risked their lives and their children’s lives often by escaping through rugged terrain and if they had been caught they would have been subject to further persecution and maybe death. Then they were forced to pay a large sum of money to board an overcrowded, often unseaworthy, boat in treacherous seas, not knowing what is at the other end.

“Do you really think that people would do this unless the risk of death for them and their children was greater by staying?

“Now they are here they are so grateful and all they want to do is make a positive contribution to their communities and provide a future for their children”, she said.

In recent years it has been very easy for some politicians and commentators to speak of statistics and the number seeking refuge, without recognising that every number is a person.

“This is one of the reasons why so much positive attention has been given to the Murugappan family, they put a face to refugees and asylum seekers and a large majority of Australians were rightly outraged at their treatment because they could identify with them.

“While the Biloela community should be very proud of the way it stood up for the Murugappans, my hope is that other communities will not have to do the same and that instead Australia adopts a fairer and more compassionate immigration policy of which we can all be proud.

“I am extremely grateful and privileged that I, with other Sisters from around Australia, have been able to get to know and provide support to refugees and people seeking asylum.

“I have learned so much from them and am humbled by the graciousness in which they have accepted the unnecessary hardship that has been inflicted upon them here in Australia”, Kay said. 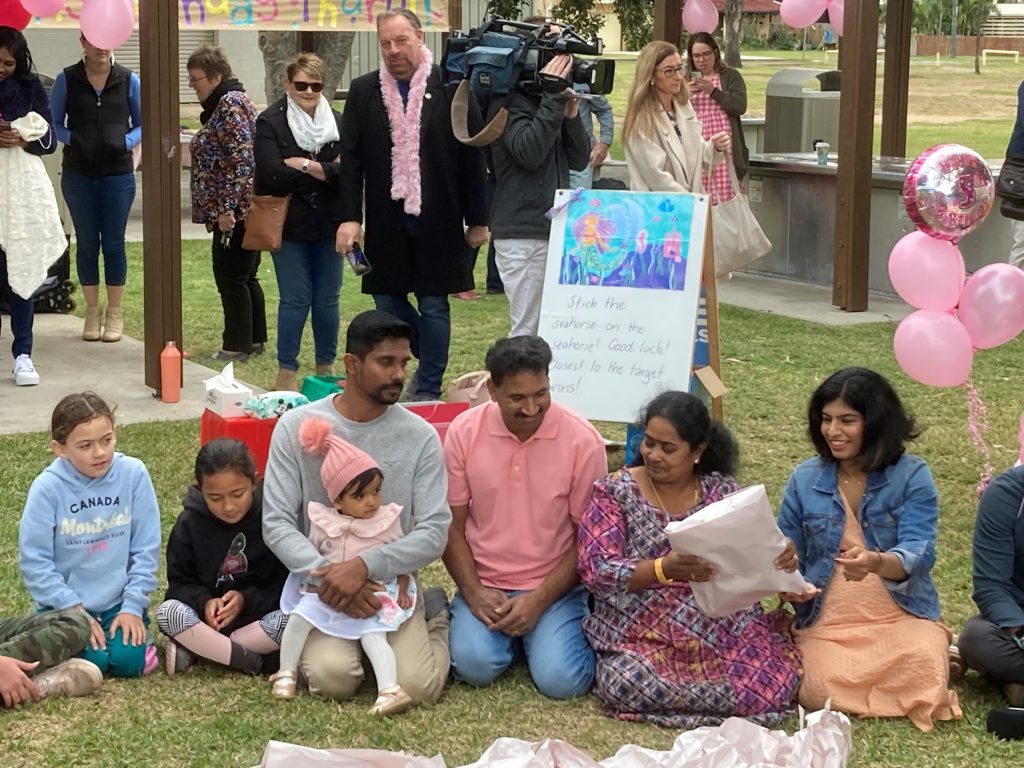