Liturgy on the Margins – Australian Diaconal Ministry, Present and Future 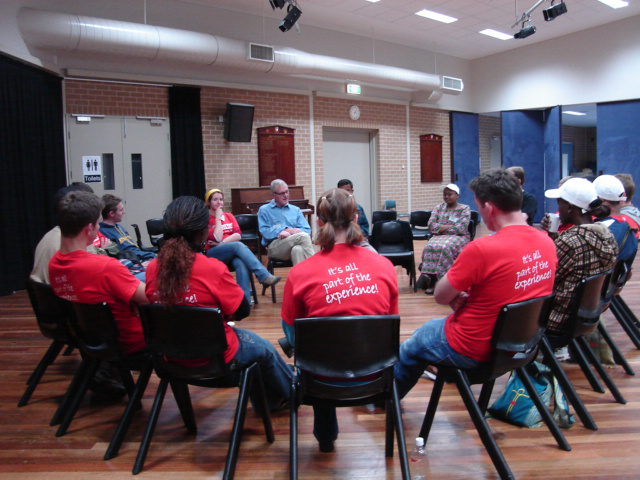 Today, October 1, the Feast of St Thérèse of Lisieux, the Patron of missionaries, Elizabeth Young RSM is launching an online community for Catholics in Australia who are drawn to diaconal ministry or who may already be leading liturgy on the margins as an ordained or consecrated person, chaplain, pastoral worker or catechist.

Once upon an outback prison, there was a need. A yearning for spiritual support and motivation. And there were not enough ministers to provide it. But one day, the appeal from the bishop and priest chaplain received a response, and a volunteer started to visit one of the units. She got to know and love the residents, and before long, they asked if she could lead a service for them. So, one day, with the required prison and Church permissions, she came to sit around a table with the interested men. In the background, along the penitentiary walls, there were sniggers and even outright snorts. But others were listening in.

The chaplain handed out the service sheets, with plenty of pictures for those who couldn’t read. She began with a battery candle and a prayer, recognising God’s presence among them already. One man agreed to read the First Reading. He hesitated on the opening line and, immediately, two other Pitjantjatjara men chimed in to read it slowly together. The chaplain was touched. Then came the Gospel: “Love your enemies.” It was God’s perfect message for one man in particular, who had recently been describing plans for revenge. The chaplain reflected on the scriptures with a story about making peace, and everyone was invited to share a comment or question. One man asked if God could really forgive his crime. Another said he had written a song about God’s love.

Next came the Prayers of the Faithful. Starting with the chaplain, they went around the circle, praying aloud or silently. Two men that had been sworn enemies watched each other warily. But the first one prayed a blessing on the other who was about to be released, and the second returned the favour. Then the chaplain used the approved Communion Rite to share Christ’s body with the prepared men, who were so deprived of intimacy and comfort. Finally, the service finished with a hymn played through the room’s DVD player. At the end of the final prayer, the chaplain invited someone to ‘blow out’ the fake candle, and a laugh was had all around.

The chaplain promised to come again; their pastoral and spiritual needs were important. The men agreed. One testified that Body of Christ had tingled right through him, and another declared that he would have no epileptic fits that night. As they started to disperse, some hung around. One wanted to play the song again, as it spoke to his soul. Another enquired whether the chaplain could hear his confession. Another quietly asked to have a talk about an issue he was struggling with. And a man who had been lounging against the wall came over to find out more. God had surely worked through the liturgy, and the chaplain was grateful for its blessings, both given and received.

That was an entirely true story. It happened to me, though not all in the one service, and sometimes the residents were women. In many experiences like this one, I have felt that I am exactly in the right place. And sensed God smiling on all of us. I do not think that I am alone. It is a diaconal call, a call to liturgy on the margins – a call that I hope our Church will recognise and promote for people like me. This is the question in our upcoming Plenary Council’s Agenda: “How might the Church in Australia meet the needs of the most vulnerable, go to the peripheries, be missionary in places that may be overlooked or left behind in contemporary Australia?”

Surely, this has always been part of our missionary mandate as Christians. Jesus sent out the seventy-two labourers to the harvest to preach and to heal (Lk 10:1-12). Since that time, our structures exist, hopefully, to bring people together in Jesus’ name: some who need evangelical ministry and some who offer it. Yet as St Paul asks in Rom 10:14: “how are they to hear [of Jesus] without someone to proclaim him?” This is where the Holy Spirit comes in, empowering people to witness with love and respect. Perhaps it is that simple. But St Paul continues in verse 15, “how are they to proclaim him unless they are sent?” Exactly. We need more than rogue Spirit-filled individuals, we need a Church that prepares, authorises and sends the workers to the vineyard.

One thing we can do is to look at what is already happening. Yes, there are priests ministering in and with traditional Aboriginal communities. Yes, there are deacons serving as armed forces chaplains. Yes, there are consecrated people volunteering to lead liturgies in nursing homes and at homeless shelters. Yes, there are lay liturgical ministers who preside and preach in prisons, hospitals, worksites, schools, emergency services, social services, and many other places. They reach out with pastoral and liturgical skill to those with intellectual disabilities, from various cultures, the deaf community, rainbow Catholic support groups, youth groups, remote and isolated people. They form relationships from which liturgy arises, not only fly in as sacramental contractors.

All of these ministries are possible under current Church law. All of these people may be trained, formed, qualified, tested by the Holy Spirit and the community. Some feel called to dedicate their whole lives to this ministry. But only bishops, priests and deacons are ordinary ministers of baptism, Communion and exposition; only they can officiate at weddings and give homilies. The others are technically filling in, taking up the slack, exceptions, the last resort. They are understudies but not the cast. And therefore only the ordained are truly and officially sent for proclamation.

The diaconate is a very ancient Church ministry. We are taught that it began with seven disciples, in Acts 6:1-6, called to serve the marginalised in the name of the Church. The most famous was the first martyr St Stephen, known for his healing and eloquent preaching. Yet the only person actually named as a deacon in the scriptures is St Phoebe, benefactor and deacon of the church of Cenchrae (Rom 16:1-2). Entrusted with delivering St Paul’s theological letter to the Romans, she was sent to the margins of the Church, not only to hand the letter over, but to expound on it.

According to a current expert on the diaconate, Deacon William Ditewig, “The deacon is to be the conscience of the church, dragging the ambo to the streets and the streets to the ambo.” It is a ministry of the word, of liturgy and of charity. Deacons exist not to take over anyone’s job, but to enable a Church “which is poor and for the poor.” After all, it takes commitment and imagination to be missionary and evangelical. Pope Francis is “open to suggestions” for how that might be done better. He has courageously called together a commission to study the question of restoring women to the permanent diaconate. St Pope John Paul II and Pope Benedict XVI opened the way by de-linking the representation of Christ with the diaconate. So even now, it seems that the Holy Spirit is moving to provide spiritual heirs of St Phoebe.

For so long the debate has been around what women can and cannot do. But let us turn instead to the underserved at the margins. What are the liturgical and sacramental needs of our Church in Australia? Which groups feel disconnected from church structures, but long for the tactile and heartwarming power of Christ’s liturgical presence? And then we might ask: who is already reaching out to them? And who could be equipped, ordained and sent in the future?

For anyone who feels drawn to this conversation, to Liturgy on the Margins, please get in contact. You may be part of a community who desires diaconal ministry. You may feel called to diaconal ministry yourself. You may be leading liturgy on the margins as an ordained or consecrated person, chaplain, pastoral worker or catechist. This movement of the Holy Spirit is being explored across the world in many ways, and we hope to contribute to the discernment of the Plenary Council and the 2023 worldwide Synod on Synodality. Please join us! 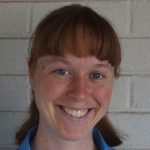 Written by Elizabeth Young RSM, a Sister of Mercy living and ministering in the Wilcannia-Forbes Diocese of New South Wales.