‘At last I can breathe’ 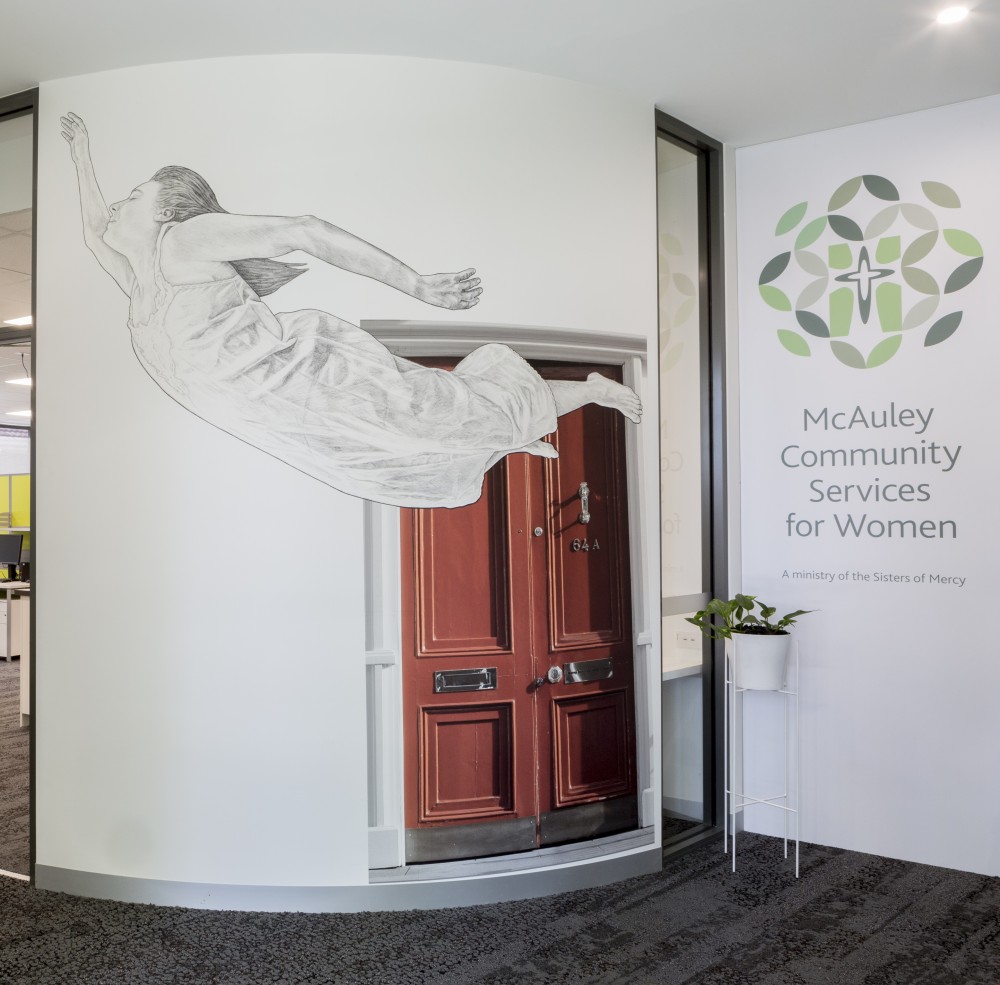 ‘Are you kidding me?’ was Natalie’s first response when she was contacted by McAuley housing worker Carolyn and asked if she’d consider moving into the new apartment complex.

After years of transient housing and homelessness, she still can’t get her head around the idea that she now has her own place and can, at last, make long term plans.

It’s another step forward in her long journey of recovery from mental health challenges, homelessness and debilitating physical injury.

Natalie had been a circus performer, travelling extensively until developing a severe hip injury associated with her role doing hula hoop and juggling. Multiple surgeries and interventions failed to help her cope with the physical demands, and she realised she was no longer loving it, had given it a good go, but now needed to stop.

She’d never really had stable housing over that time, and ended up living in a share house. With the loss of her identity and the sense of community associated with the circus, she found herself getting more and more depressed and isolated. With little help and no clear diagnosis, Natalie felt more and more that everything was too much and overwhelming, and she attempted to take her own life.

Devastatingly, while she was in hospital recovering, her flatmates delivered another blow by kicking her out. Effectively homeless, she stayed for four weeks in the mental health facility until a friend offered to let her stay on her couch, while a referral for McAuley House was made.

As a gay woman, Natalie worried that her sexual orientation would be a problem given that McAuley is a faith-based organisation. She was reassured in her first contact with us that this would definitely not be an issue, and within a few weeks, moved into a room of her own at our House in Footscray.

‘The room was so beautifully set out for me when I came. There were toiletries, pyjamas and my bed was made,’ Natalie recalls. ‘At last I felt I could breathe.’

In the first week, Natalie mainly just slept, and was grateful to be left to adjust at her own pace. She loved the beautiful and light-filled spaces, and the sunshine coming through the stairwells was one of her favourite things.

‘Everything felt like a gift, but I didn’t have to “deserve” it,’ she says. ‘I was already putting pressure enough on myself…I didn’t need pressure from anyone else if I was having a bad week.’ The support was gentle but always there. ‘If I said I hadn’t felt able to ring a doctor, someone would say: “How about I make the call for you?” My progress was slow but I really appreciated as well that no one kept expecting a lot of gratefulness all the time – it’s tiring!’

Natalie was aware that: ‘I might be living in the nicest women’s shelter – but I’m still homeless.’ As she says: ‘How can you not be depressed if you are homeless, and poor.’

After a year living at McAuley House, Natalie moved into transitional housing. She was still aware of the vulnerability of her housing situation and the lack of security, so the offer to move to the Footscray development was ‘amazing. It was already a beautiful apartment, but now I can start making it my own, and do things like buy furniture. I still can’t get my head around the idea that I never have to leave!’