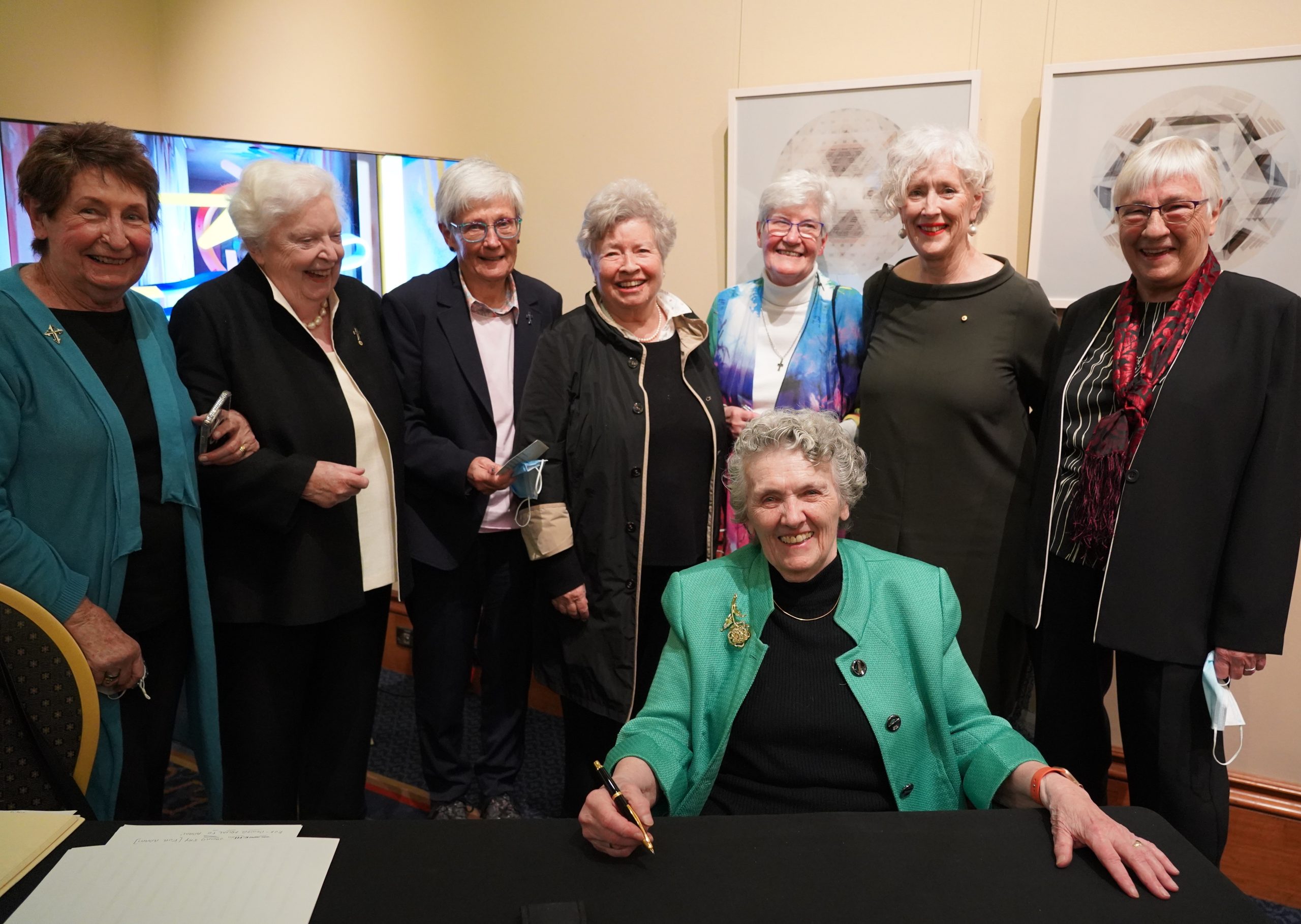 Over 600 people poured into the Adelaide Town Hall on Thursday night, 19 May, to hear Sr Joan Chittister OSB deliver the Janette Gray Memorial Lecture. Sr Joan was introduced by Sr Kathleen Williams, a Sister of Mercy who was not only a friend of Sr Janette Gray but also the first chairperson of the Janette Gray RSM Scholarship Fund, a fund established to support young women to obtain a PhD in their Theological Studies.

Joan is well known to many through her writings, which include 60 publications. People came with a great sense of anticipation – and they were not disappointed. Those who didn’t know Joan were swept up by the positive ‘vibe’ as the People of God of South Australia, and beyond, were gathering with great excitement.

Joan spoke for more than an hour, expounding on ‘Fratelli Tutti’, the recent encyclical of Pope Francis with its focus on the common good and our global home. She emphasised the ten most important points that we need to take to heart, focusing on ways we can nurture the common good and practical aspects in the care of our global home. BUT – and at this moment the audience came alive – Joan proceeded to point out, in no uncertain terms, that unless the issue of gender inequality is addressed immediately and effectively, the Church will not be able to speak with authority and integrity on broader issues of social justice.

To illustrate the imperative of women’s equality in the Church, Joan used the image of a bird. She referred to the bird’s wings (allegorically) as male and female. A bird needs its two wings to be able to fly safely and purposefully. Later in the evening, at question time, one wit asked, “How can our bird fly for so long using only one wing?” If the Church is to flourish, women must take up their power and their equality before God – who is Spirit not male. Passivity is not an option!

At the conclusion of the evening Joan received a very warm and enthusiastic standing ovation, indicative of the appreciation of those who were privileged to be present. Her vibrant and passionate style, the joie de vivre which she exudes and the energy with which she engaged us are aspects that will stay with everyone. Joan was presented with a gift from the people of Adelaide by Sr Maureen O’Connell O.P.

One participant commented later, “What an amazing presentation. I have always enjoyed reading what Joan has to say, but seeing and hearing her is quite something else. Her knowledge base, intellect, presentation skills and ENERGY are phenomenal.” She went on to conclude, “I particularly enjoyed, and remain challenged by, her exposition of ‘Fratelli Tutti’”.

Those of us who knew Sr Janette Gray, know that she would have been overwhelmed to be honoured in such a way by her friend, Sr. Joan Chittister. 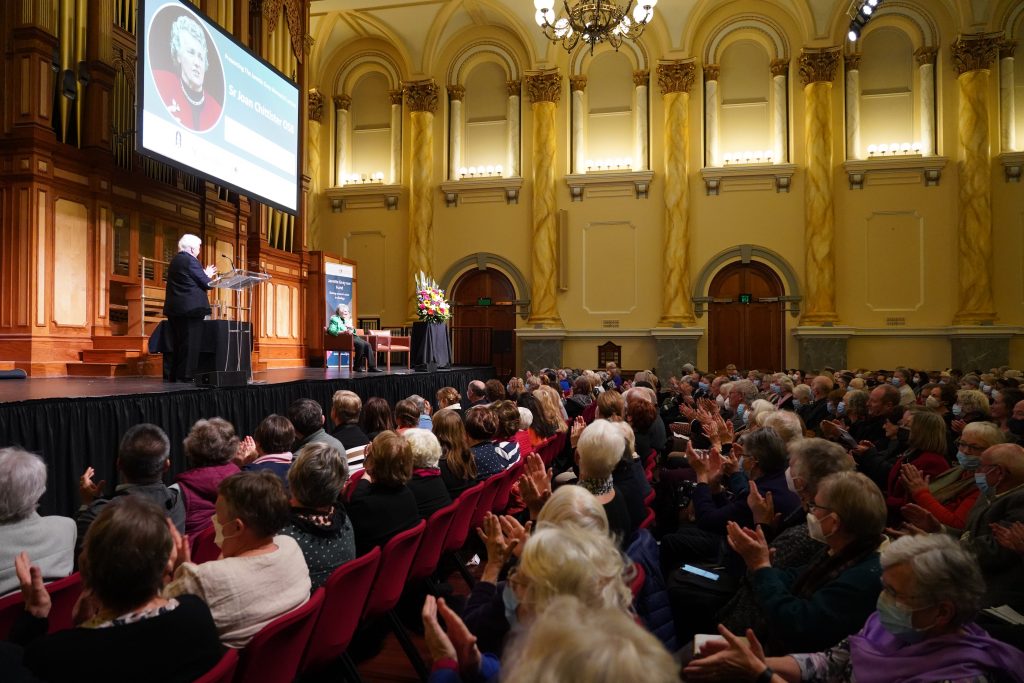 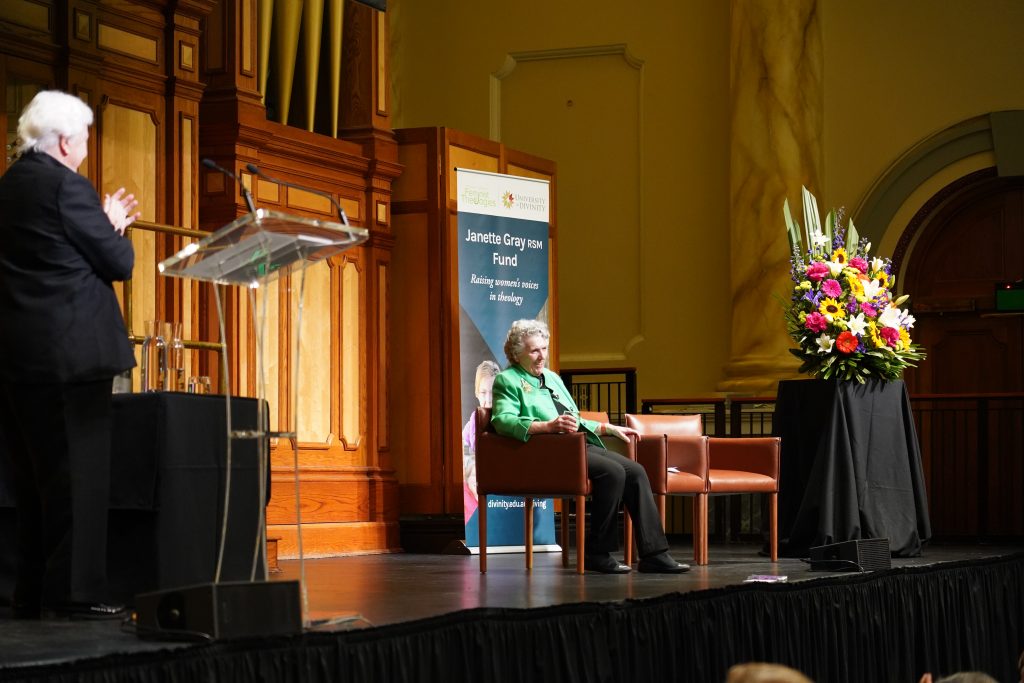 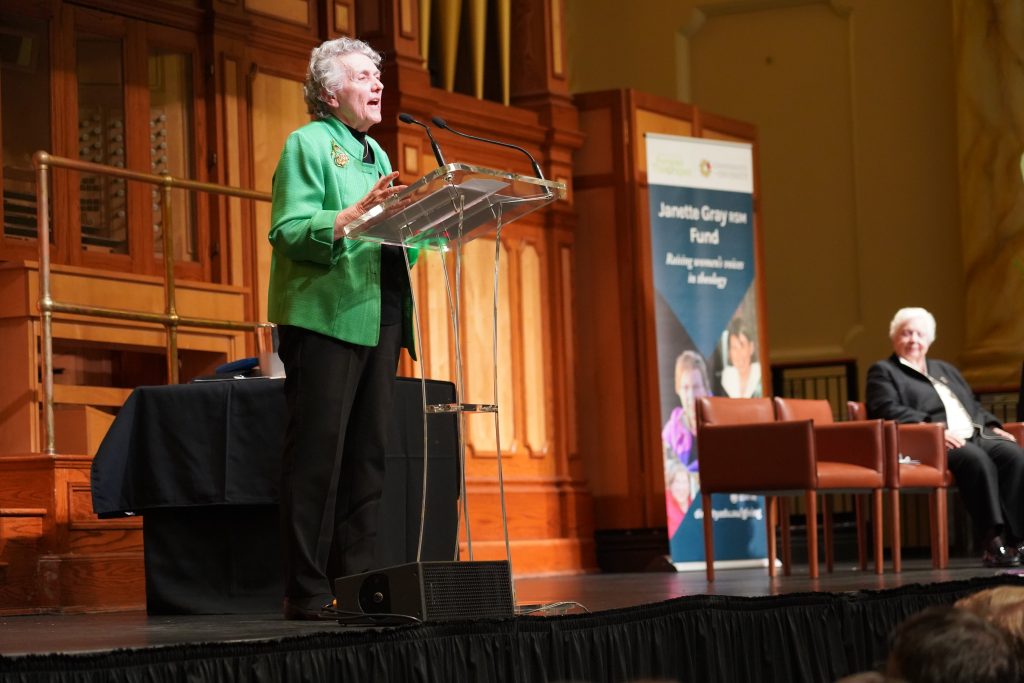 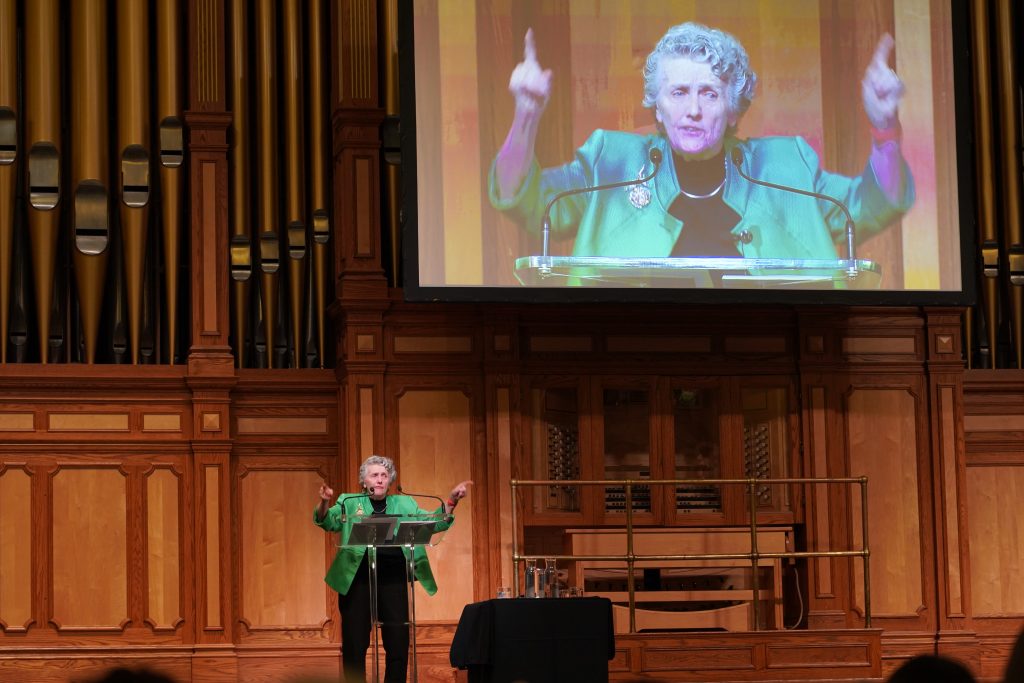 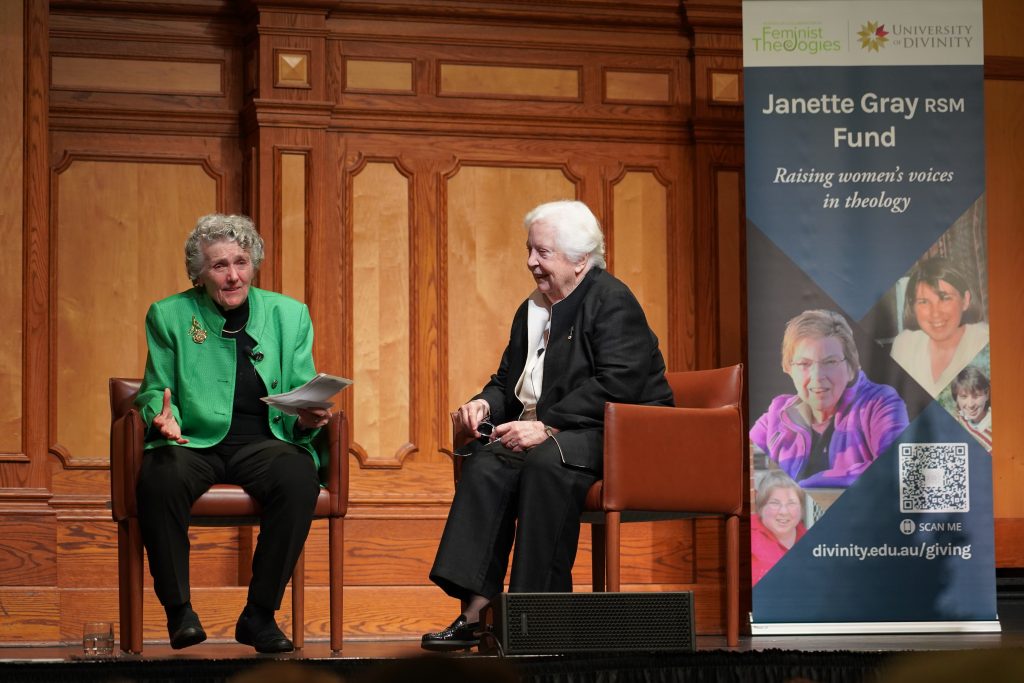 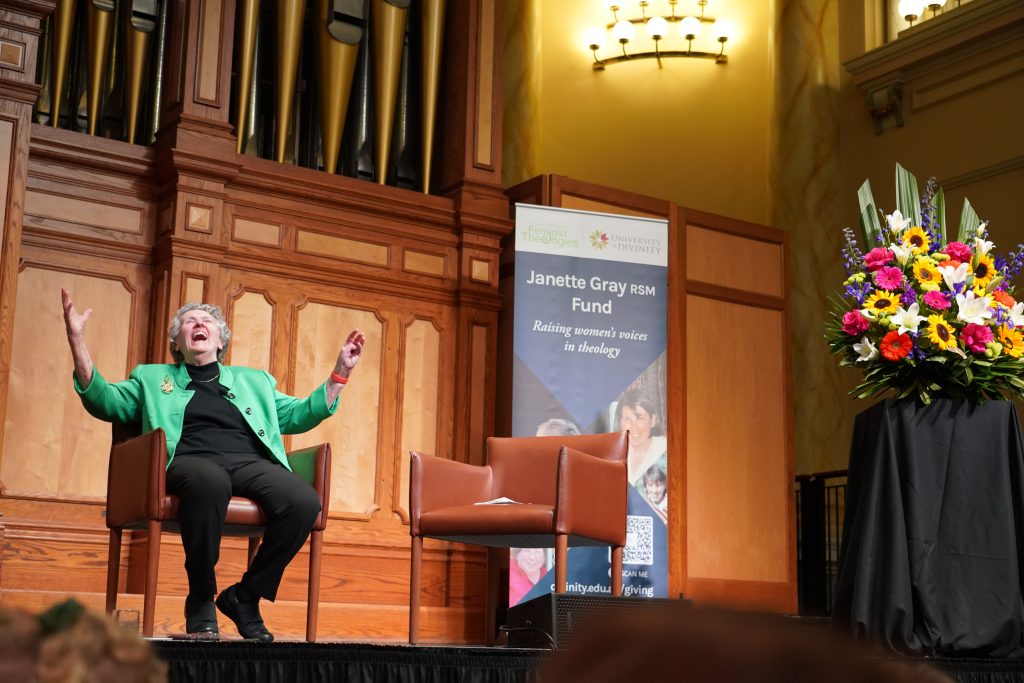 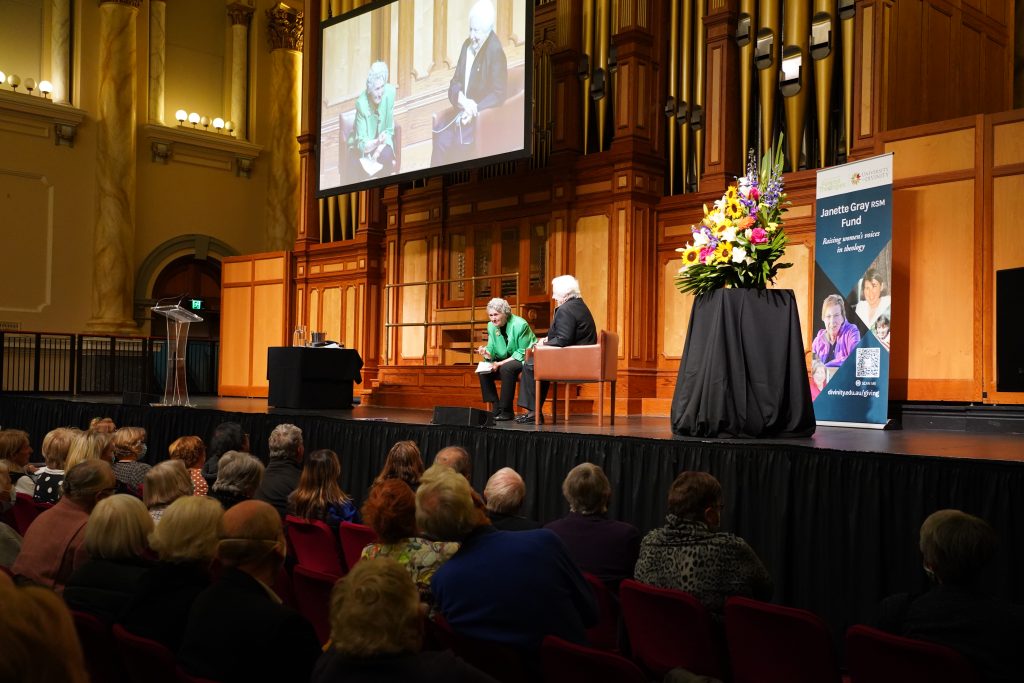 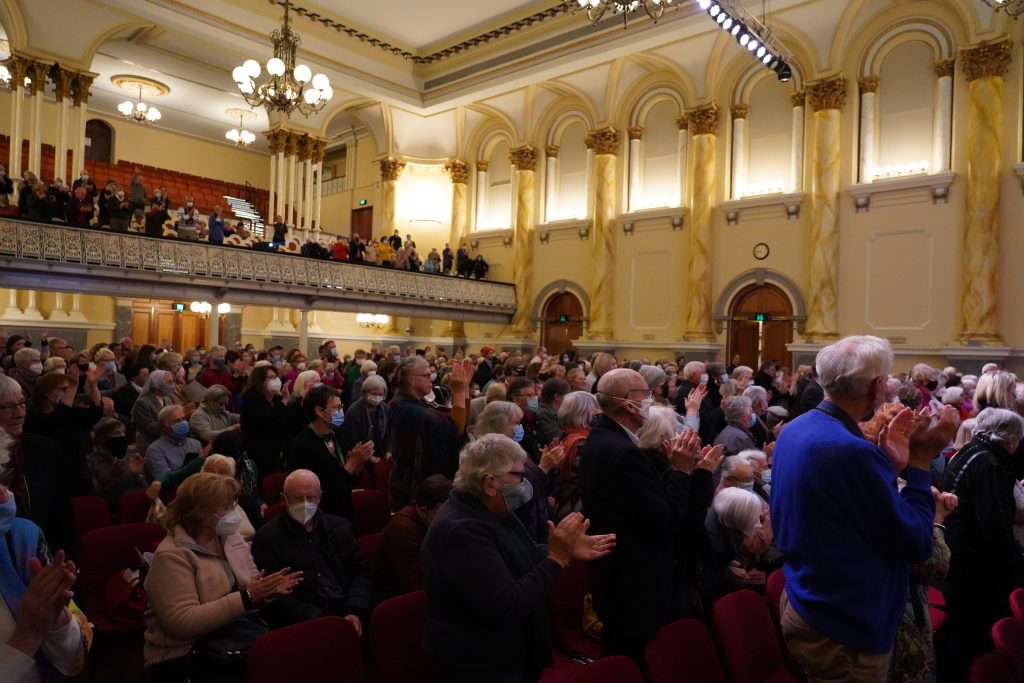 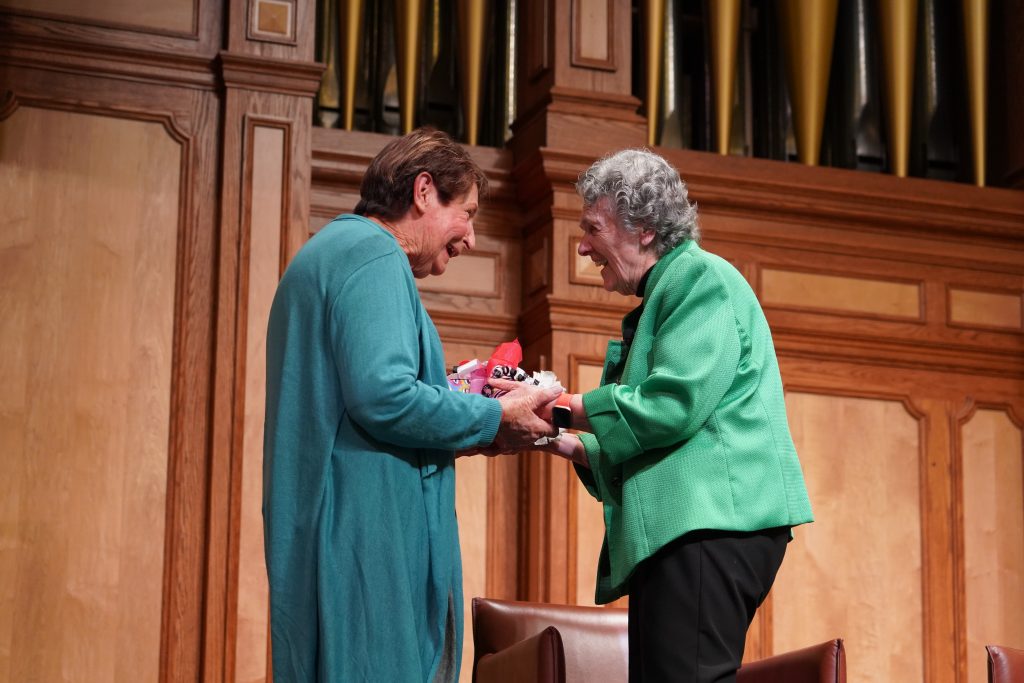 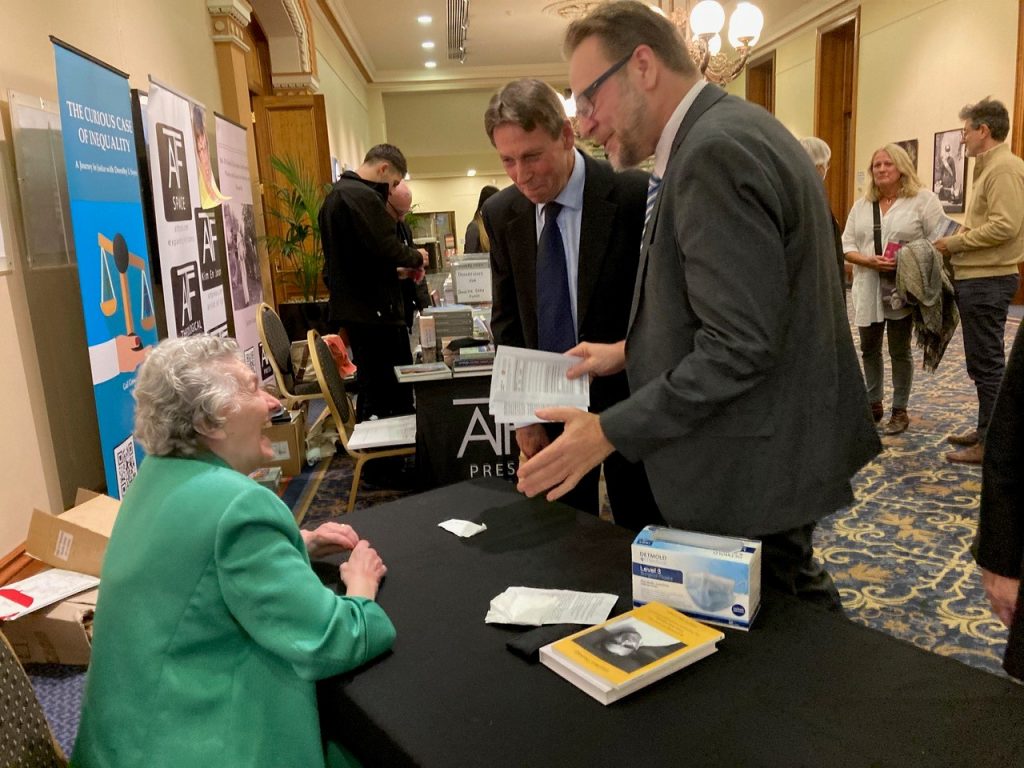