In the ISMAPNG Archives within the Wilcannia-Forbes collection is a series of architectural plans for the Sans Souci Convent. This assortment of drawings reminds us of the past and highlights the history of the buildings occupants, the Sisters of Mercy. 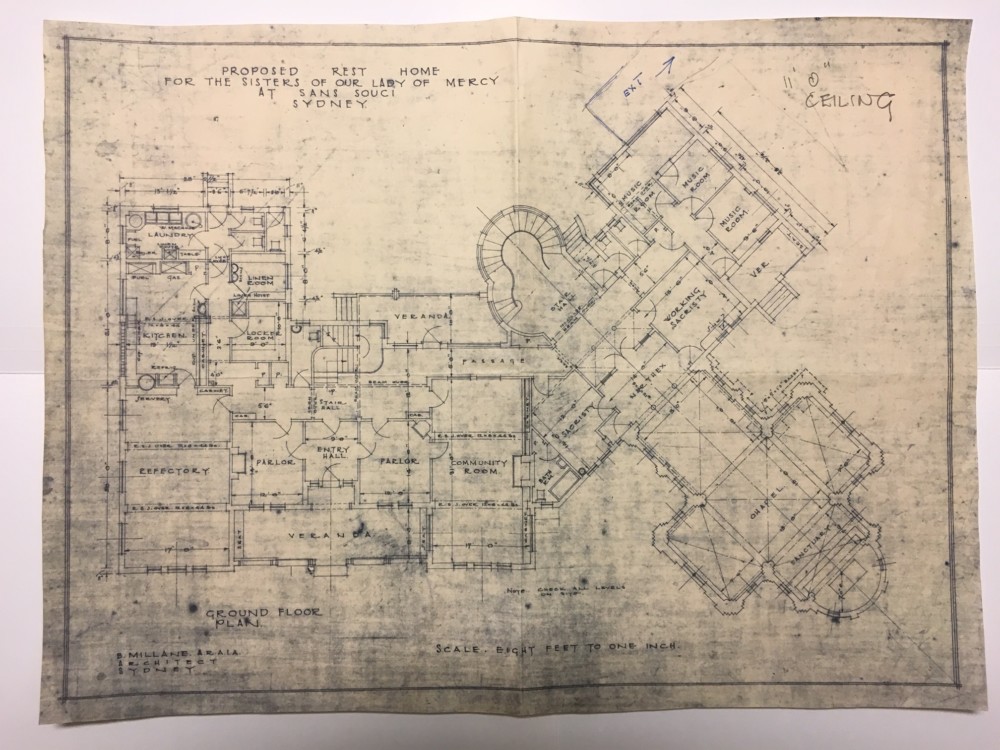 The first Bishop of Wilcannia Forbes, Bishop William Hayden, suggested to the sisters of Broken Hill that a house in Sydney should be opened for religious undertaking study or in need of accommodation when receiving medical support in Sydney. Similarly the sisters in Broken Hill desired a residence in an agreeable climate where members of the congregation suffering from illnesses could be cared for. In the early 1930s M.M. Gertrude Gallagher, with a desire for a seaside house, and the parish priest of Kogarah Fr J. O’Driscoll’s need for a community of sisters to manage the Sans Souci church and St Finbar’s Primary School (formerly supervised by the Sisters of St Joseph), wrote to Bishop Fox (second Bishop of Wilcannia-Forbes). During this time M.M. Gertrude was notified that Fr Paul Zundolovich, who died at Moama in February 1935, had bequeathed to the Sisters of Mercy, whom he had worked with since 1893, a large sum of money for a rest home. Despite some debate and resistance from Bishop Fox who favoured an alternative purpose for the building, the sisters felt it best to honour Fr Paul by building a convent.

M.M Gertrude Gallagher, first Mother General of the Amalgamated Houses of the Sisters of Mercy of the diocese of Wilcannia-Forbes

In 1936 several sisters – Sr M. Claver Gallagher, Sr Paul Scanlan, Sr Rita Lyster and Sr Bernardine McBriarty – left Broken Hill for the new foundation. By 1937, with the purchase of a cottage and several adjoining blocks, plans and specifications were formulated. The foundation stone was laid on 17th December 1939 as Archbishop Gilroy blessed and opened the building. The convent had a community room for prayer or business meetings, a refectory where meals were eaten, two parlours on either side of the foyer, dormitories and bedrooms on the second floor, a circular staircase and a chapel . Its impressive arches and brickwork would allow the building’s façade in later years to become heritage listed. 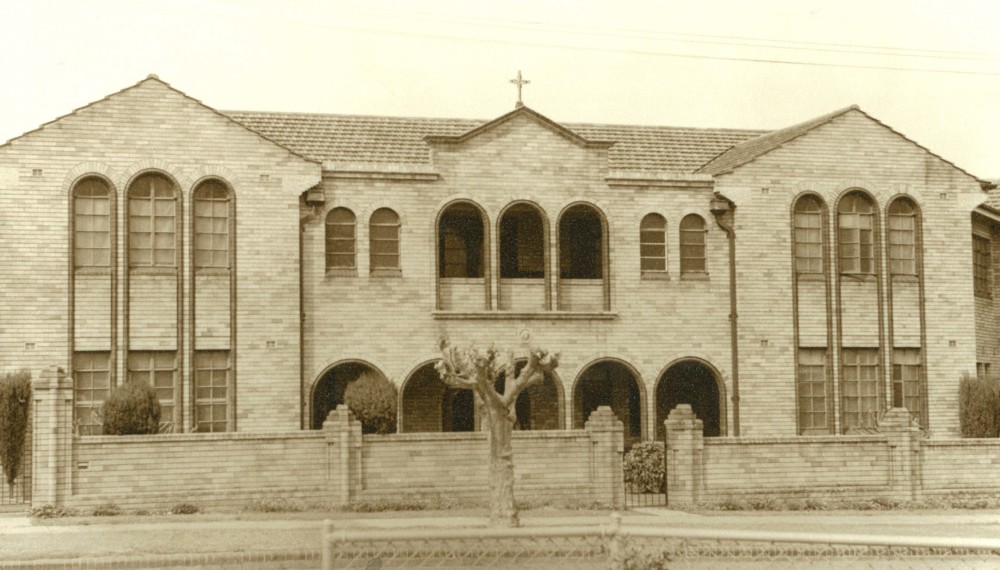 The sisters continued to teach at St Finbar’s church and school for 23 years until the new Sans Souci church was opened in 1959. The primary school flourished under the watchfulness of the sisters and assistance from parents. With an increasing number of elderly and ill sisters, the Sans Souci building was extended and four rooms were added in 1961 to create St Joseph’s Nursing Home. Further additions and adjustments were made in the 1970s, which included a flat for a resident chaplain, spacious walkways, and a covered link to the chapel, an east wing providing further accommodation and amenities, as well as a hostel. 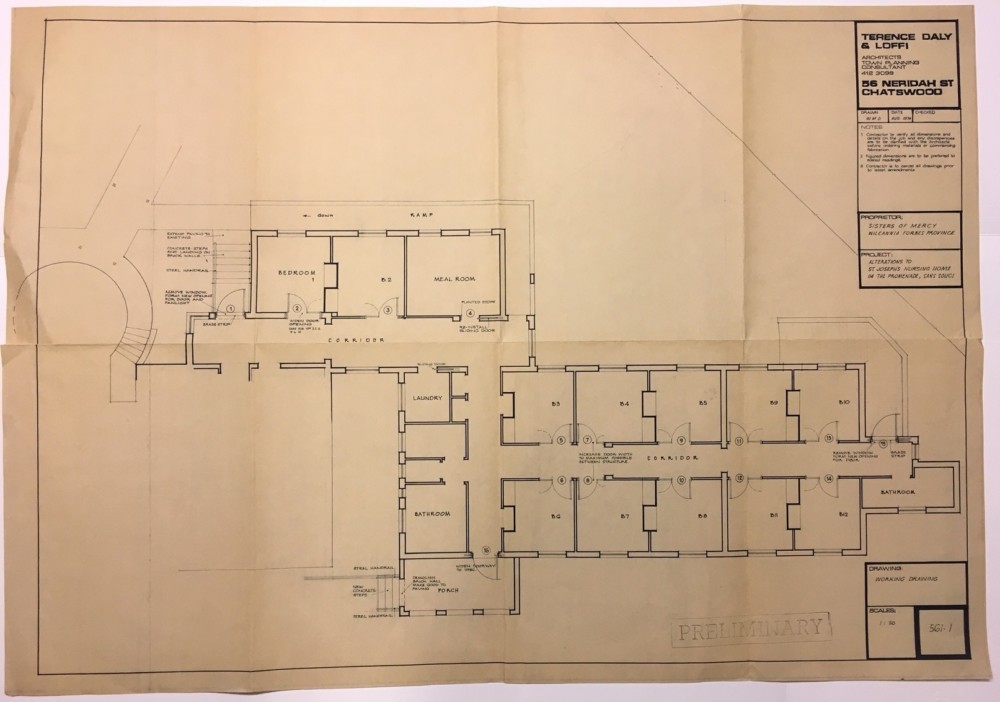 Limited by space to extend the building and financially unable to build, St Joseph’s Nursing Home lost its government funding in 1983 as it maintained only 28 instead of the required 32 bedrooms. In 1984, the Sisters of Mercy departed from St Finbar’s and renounced leadership of the school.  The Sans Souci building was eventually sold in January 1995 to the former Southern Health Service and sisters in charge were tasked with finding accommodation for sisters elsewhere. Following plans, which eventually fell through, to convert the building to assist persons travelling long distances for treatment at St Georges Hospital, the Southern Health Service sold the property to developers. Eventually the building was transformed into luxury apartments and at present twenty four residential units inhabit the space.