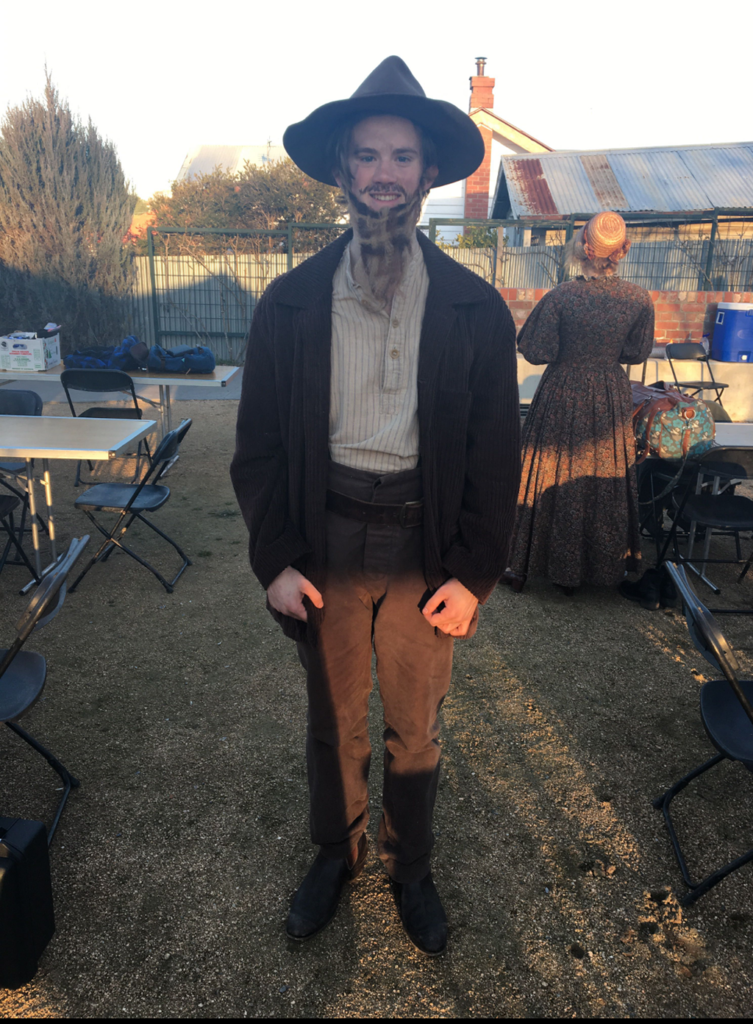 Year 12 student Tully Heenan, Damascus College, dreams of one day becoming an actor, and he has clear plans in place to reach his dream career.

At the tender age of nine, Tully’s love of film and acting was ignited, where he took part in a national Volkswagen ad.

More recently, Tully was cast as an extra as part of the Stan Original “The True History of the Kelly Gang,” which was filmed in Clunes and recently launched on 26 January 2020 (Australia Day).

Tully said that he saw the ad in the local newspaper, so he applied and was cast as an extra where he took part in two scenes.

As part of the audition process, hundreds of people from across the Ballarat region lined up for the chance to be an extra. A head shot was taken, measurements for costume recorded and performance experience listed, which included dance training. Only a small number of people were chosen for the scenes so Tully did really well to be cast.

“I was involved in a dance celebration, where I got to dress up as a bushranger and dance with film star Essie Davis,” he said.

“I also sang God Save the Queen with a group of others and I think you can see me in the movie during this particular scene.”

Being involved in the movie gave Tully a good taste of the intricacies of film making, where he was able to experience all of the behind the scenes action, which he loved.
Tully’s favourite subjects at Damascus College are Drama and Media, as he loves to tell stories and portray characters.

“I particularly enjoy entertaining people, it’s a lot of fun. Working closely with the committed and passionate Drama staff at Damascus has developed my knowledge and passion for the craft, so much so that I want to make acting and entertaining, my full time profession.”

After school, Tully plans on taking a gap year to travel in USA, and will then apply to do an acting degree at Queensland University of Technology (QUT). Upon graduation he intends on getting an agent to assist him to apply for acting roles in Australia and abroad.