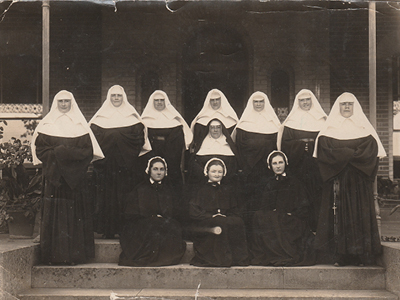 The Bathurst Story started in July 1866 when seven Sisters of Mercy left Charleville, Ireland to start a new Foundation in Australia.  Setting sail on the 21st of July from Queenstown on the Empress, they came at the request of Bishop Matthew Quinn to the newly established Bathurst Diocese which at that time covered about half the area of NSW.

The first Convent was a five-roomed cottage in George Street. Within five days of their arrival the Sisters had taken over classes for primary girls and infants’ boys and girls, totalling about ninety children. The work expanded and six more Sisters arrived in 1873.  In 1875 twenty-six more women arrived from Ireland, mostly intending Postulants, many new Foundations were to follow.

Local community support was strong and in 1909 Logan Brae, the original home built in 1878 by John Busby, son of George Busby, the Colonial Surgeon, was purchased by the Hon John Meagher and given to the Sisters  and its name  changed to St Joseph’s Mount,  for use as a Novitiate. 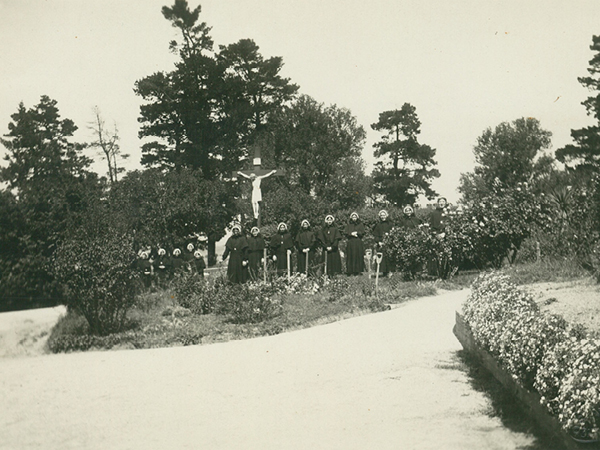 Collective memories are often sparked by objects that remind us of shared events, people or significant places. The statue of the Child Jesus from Bathurst is one of these objects which for many years adorned the Reception Room for Postulants. It has a significant place in the memories of those who had their formative years in the noviciate at St Joseph’s Mount.

In former years, the statue was a comfort to the novices and a tradition sprang up that any new Postulant had their cap put onto the two fingers of the Child Jesus before being placed on the head of the Postulant. 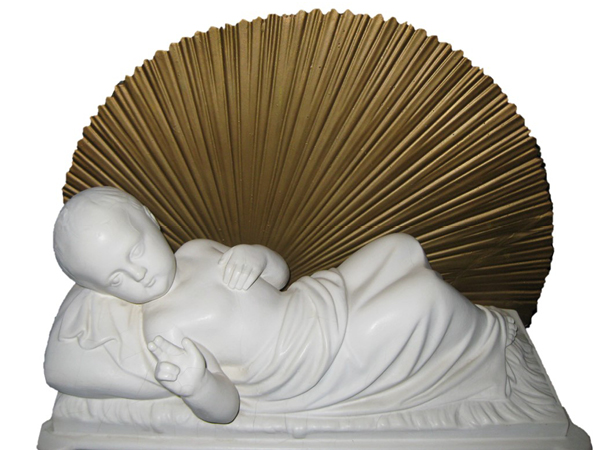 With the building now moving into a new phase of use, the statue was recently very carefully removed from the Heritage Room at St Joseph’s Mount and packed, along with other treasured objects, for their new home at the Institute Archives and Heritage Centre in Leichhardt. The statue and its story intertwined with the Sisters of Bathurst will be carefully preserved for the future.