The story of the Evangelist Bell from Warrnambool Convent 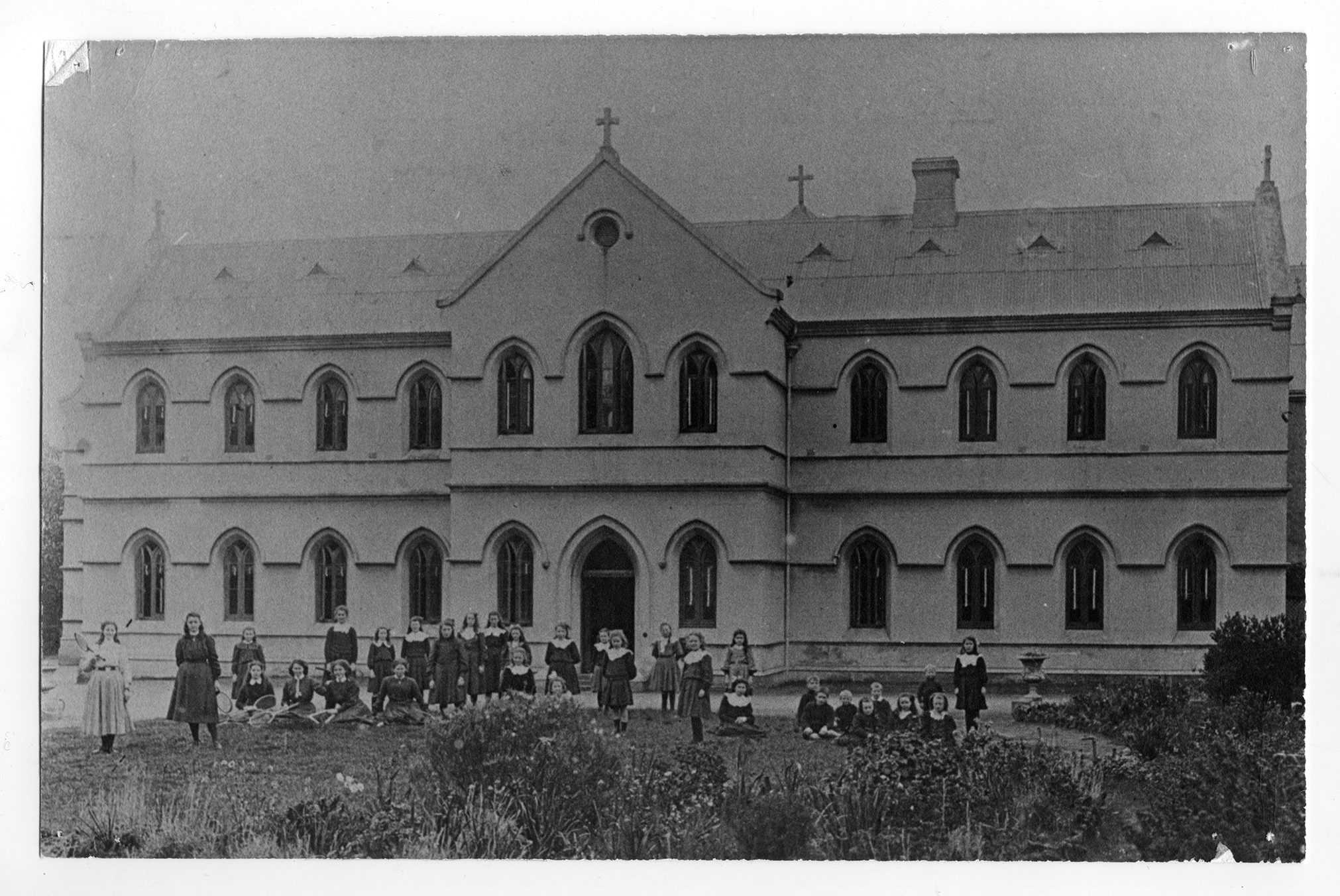 An early view of the convent in Warrnambool, Victoria

One of the objects in our Melbourne Heritage collection is a beautiful brass bell inscribed with the names of the four evangelists: Saints Matthew, Mark, Luke and John.

According to notes in the archives, the bell was “brought from Worcester to Warrnambool by Sr M Catherine McQuillan at Sr M Philomene Maguire’s request”.

In tracing this story, it was discovered that the bell represented the struggles and successes the Sisters faced during the early years of the Order. 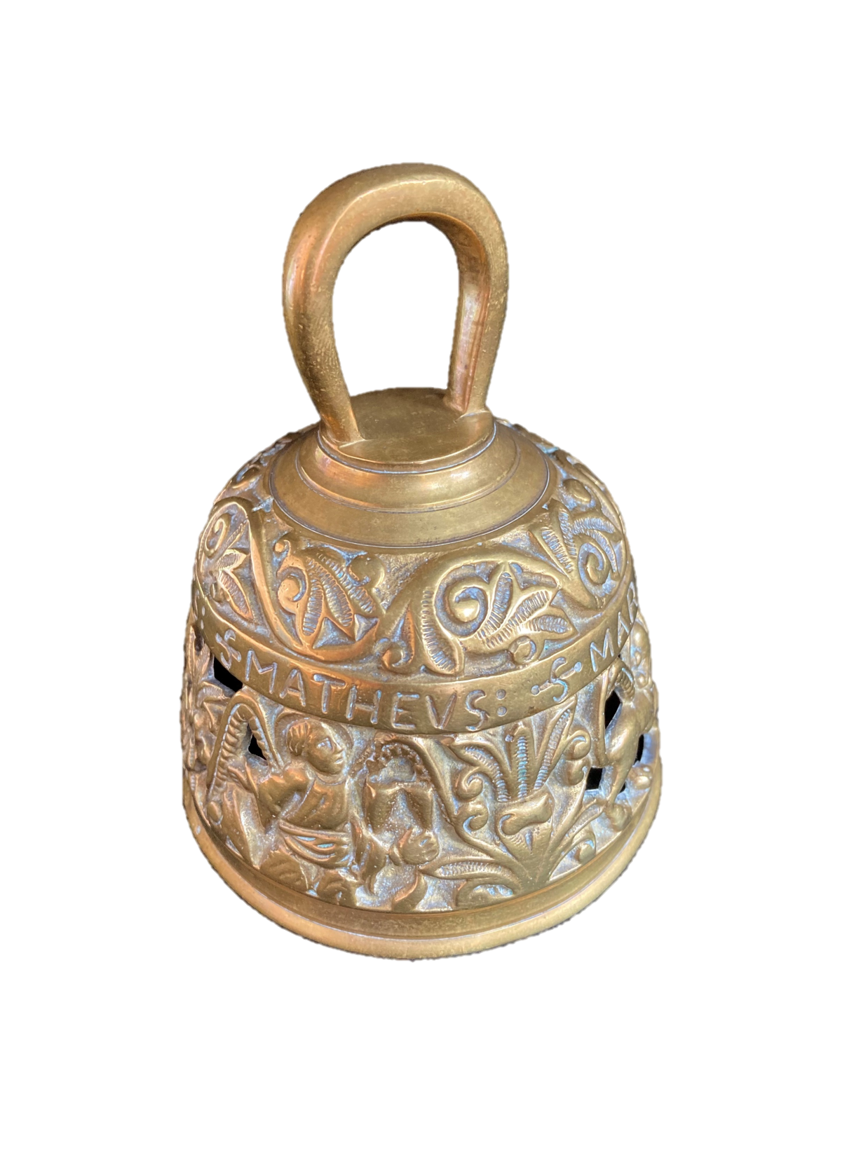 Annie Maguire, who became Sr Philomene, was one of four siblings who all entered the Sisters of Mercy. She entered at Baggot Street in 1843 alongside her sister Elizabeth, who as Sr M Cecilia Xavier Maguire would go on to become the Foundress of Geelong.

Sr Philomene’s first foundation was to Belfast, Northern Ireland in 1854. Nine years later she would lead another foundation group across the Irish Sea to Worcester England, where the nuns would struggle in a climate of sectarian tensions and violence for the next seven years.

“The foundations in Ashton-under-Lyne, Bolton and Worcester did not flourish. The tradition from all three places is that there was not only bigotry but active hostility. Jeering, stone throwing mobs followed the nuns wherever they went in Worcester, until even the local parish priest urged them to leave.”[1]

It was here in Worcester that the Sisters would be gifted the Evangelist bell that would eventually make its way across the ocean to Australia.

“Their sincerest friend [in Worcester] was a Protestant, Miss Waters who bestowed on them many gifts, among them a small hand bell curiously moulded in brass.”[2]

One can imagine that this bell was precious to Sr Philomene and the community, representing the friendship and support they had received in Worcester even as they struggled to carry out their ministry.

Having to leave Worcester the Sisters returned to Ireland, and Sr Philomene headed up the community at Ballyjamesduff. Not long after, when visiting Baggot Street, Sr Philomene met Archbishop Goold who invited her to head up a foundation in Victoria. She accepted, and in 1872, Sr Philomene and her community sailed to Victoria to set up a Foundation at Warrnambool.

One of the other Warrnambool Foundation Sisters was Sr M Catherine McQuillan, who had entered the Order at Baggot Street in 1862. According to a note in the archives, Sr Philomena had requested that Sr Catherine bring the Evangelist bell with her to Warrnambool. Examining a copy of the original shipping manifest shows that Sr M Elizabeth McQuillan is not named as having come out with the rest of the Sisters. She must therefore have travelled separately. This would explain why she was specifically tasked with bringing the Evangelist bell with her. 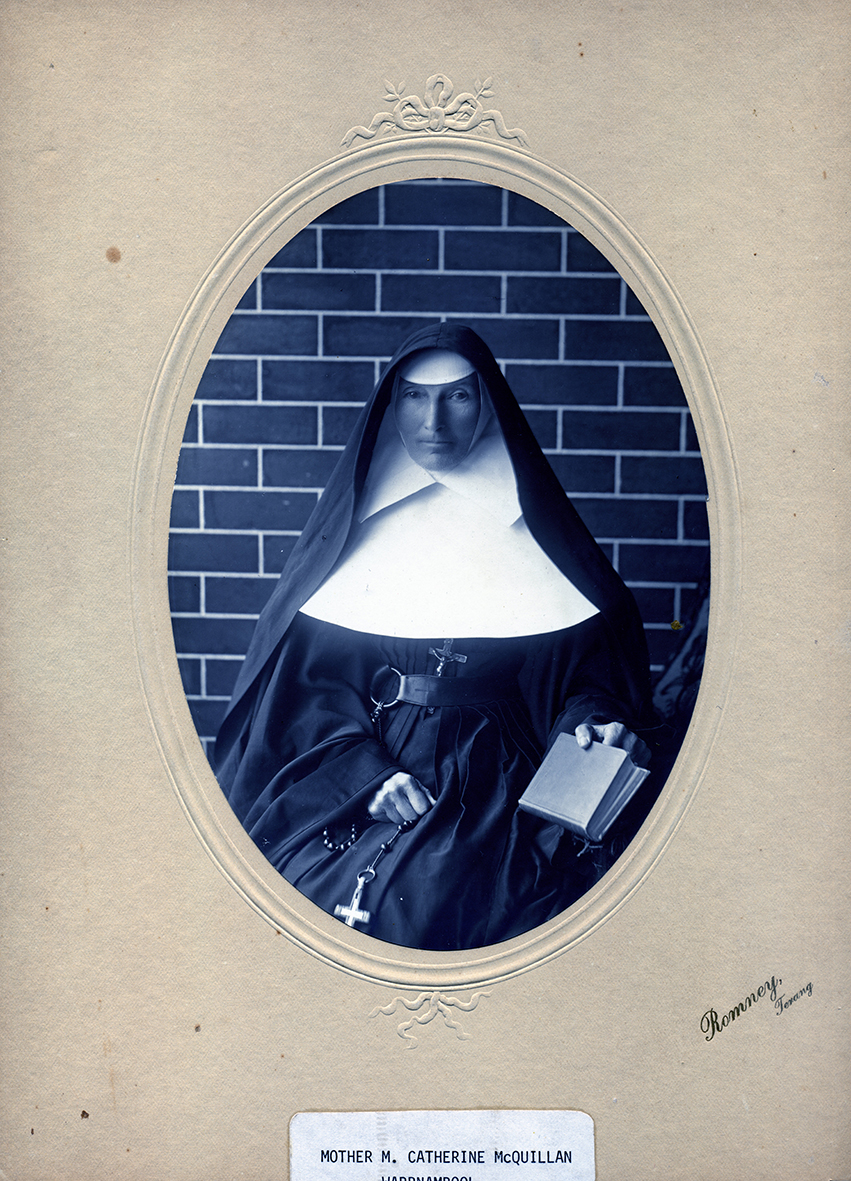 Whilst the Worcester foundation had not proven a success, Sr Philomene and her Sisters founded a thriving community at Warrnambool which would eventually send other Foundations throughout Victoria.

When Sr Philomene died in 1888, the Warrrnambool Examiner wrote of her: “All those who were acquainted with the Mother Superior spoke highly of her kindly disposition, and she was beloved by the inmates of the Convent, as well as by the children who attended the Wyton School”[3]

Sr Catherine McQuillan was voted the new Superior at Warrnambool. According to the archives she: “was a cultured English lady, highly educated and a great lover of botany. She was a musician of rare skill on the organ and piano… Music was second nature to her; she told how she commenced the study of it at the tender age of four years. She had a keen sense of humour and her wit was appreciated at many a community recreation. She is remembered as a kind and thoughtful Superior.”[4]

The Evangelist bell, whilst small, is significant for illustrating the trials and setbacks that the early Sisters faced, as well as their subsequent successes here in Australia.

[2] From the ISMAPNG Archives, Melbourne Collection

[4] From the ISMAPNG Archives, Melbourne Collection