Established in 1879 by the Sisters of Mercy, St Mary’s College has educated both girls and boys throughout the Gunnedah region for 140 years.

With Mother Mary Aloysius O’Driscoll as Principal, the sisters commenced Catholic secondary education in Gunnedah with fifteen pupils. Enrolments increased to thirty-one day pupils in 1891 and the college eventually accommodated both day pupils and boarders. The college would go on to achieve exceptional results in the Qualifying Certificate, Intermediate Certificate and Leaving Certificate with the college magazine stating in 1929 that the college held the National Business College Cup 1927 – 1928 for the best work submitted throughout the school year by any school in Australia.

The ISMAPNG Heritage Collection contains two autographed uniform collars from Gunnedah, worn by students at St Mary’s during the 1930’s. During this decade with the Great Depression and the start of World War 2 the college magazine ceased publication whilst senior students were motivated to become a part of the war effort. No doubt inspired by the college motto “Via Vitae Virtus” – Virtue is the Way of Life – students knitted socks, made camouflage nets and supplied soldiers with sweets and cigarettes.

Uniform Collar worn by a student in the early 1930’s. 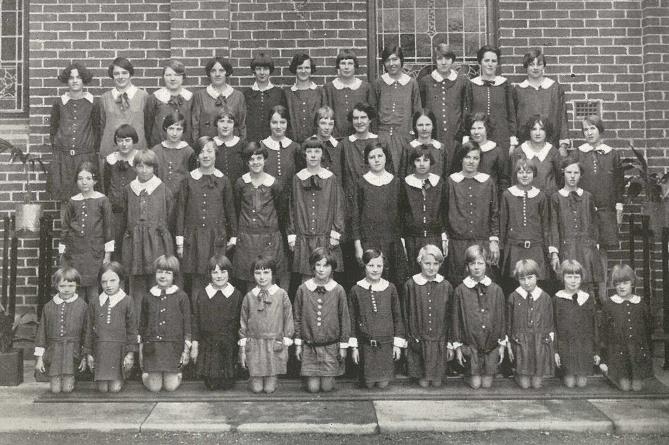 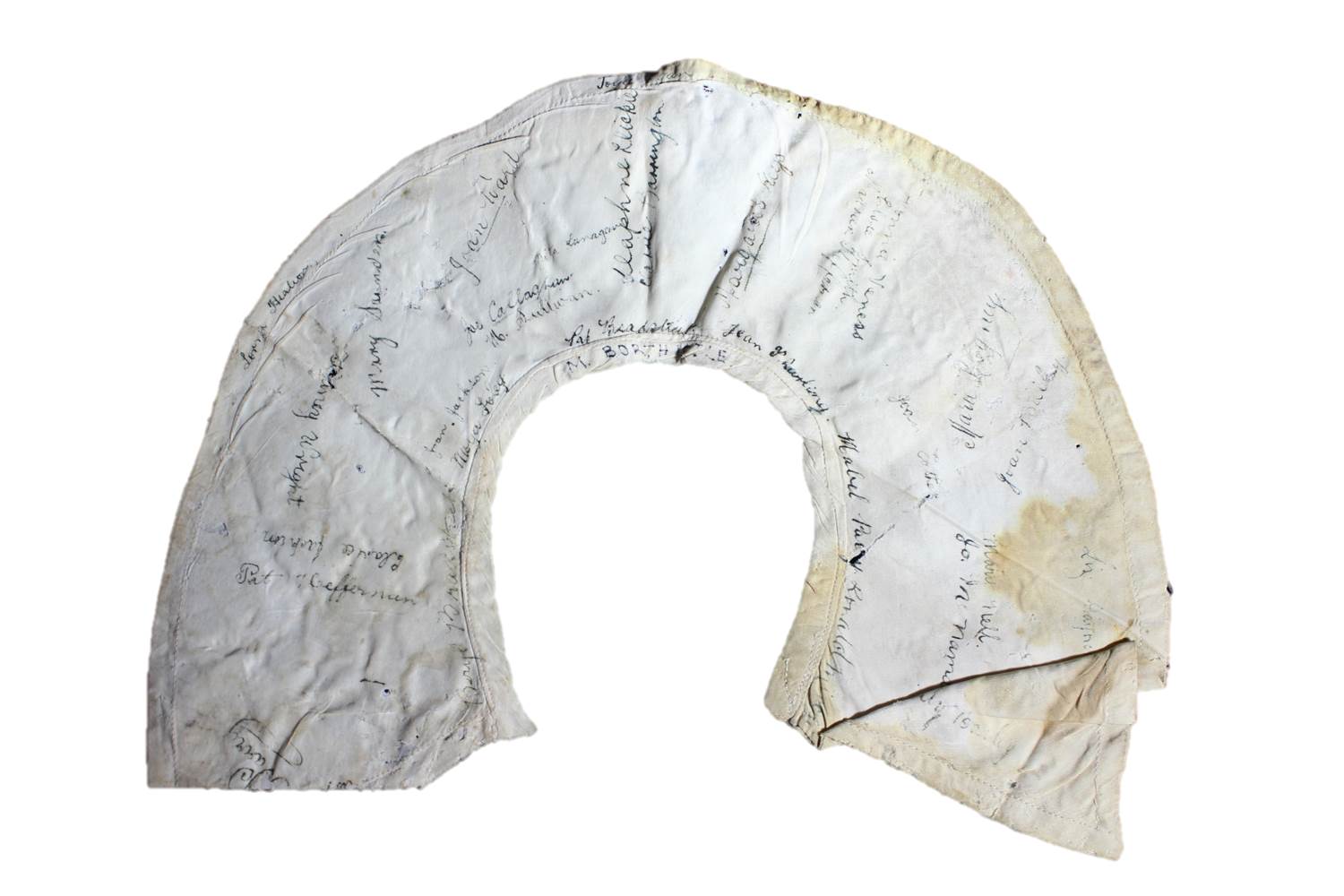