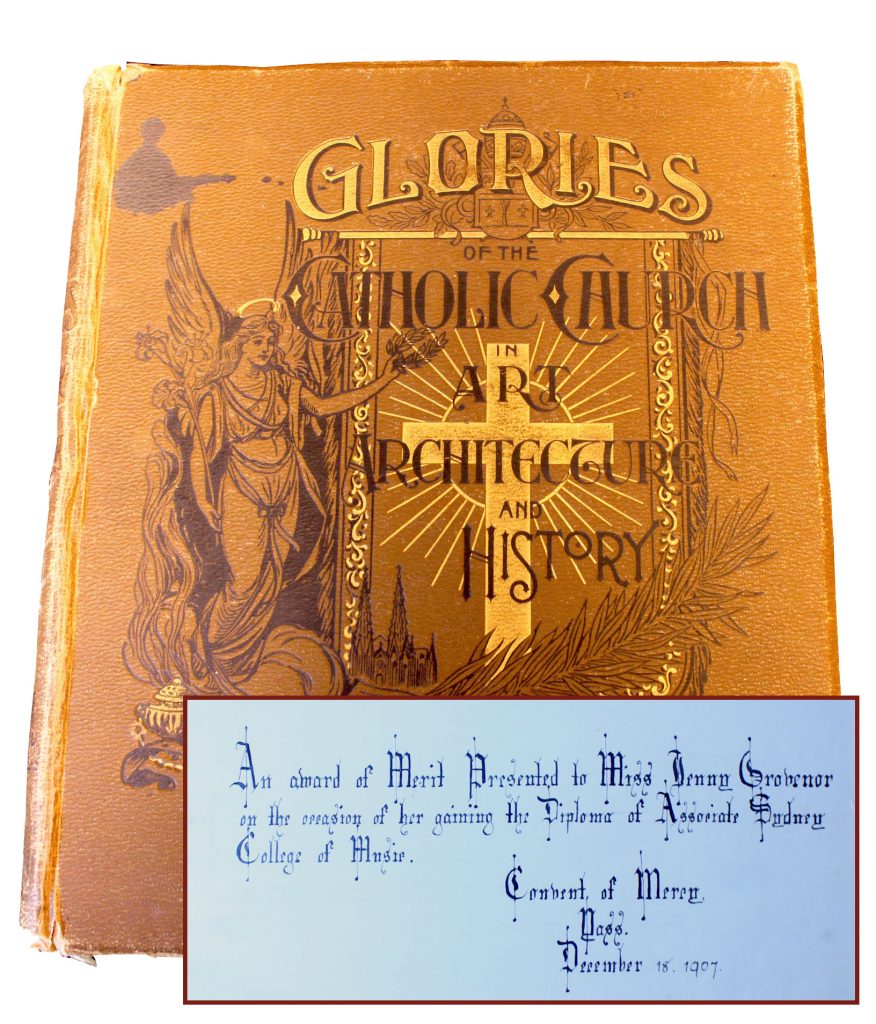 Often books that we hold in the archives include an inscription inside. Inscriptions allow us not only to see who owned the book, but also to ascertain its significance and allow us to gain a fuller understanding of its place within the history of the Mercy Congregations.

This book – “Glories of the Catholic Church in Art, Architecture and History” is part of the Goulburn Heritage Collection. The book is inscribed in beautiful calligraphy, “An award of Merit Presented to Miss Jenny Grovenor on the occasion of her gaining the Diploma of Associate Sydney College of Music. Convent of Mercy Yass December 18 1907”.

A search of newspapers of the time on Trove show that Jennie Grovenor was a promising young musician with the prospect of a brilliant future, obtaining consistently excellent results in music examinations. A report from the Goulburn Evening Penny Post of 25th November 1905 reads:

“The next item was a piano solo, “Presto in D Flat,” by Miss Jennie Grovenor, who recently achieved great distinction in the intermediate grade in the Sydney College of Music examination, and the young performer gave this difficult item with excellent effect.”

Jenny had a promising music career ahead of her. She later moved to Sydney where she attended Rosebank College obtaining a senior Diploma in Piano and Singing from the London College of Music. She enjoyed the music and social scene of Sydney, on one occasion meeting Dame Nellie Melba herself.

After a stint as a music teacher at the convent in Yass she felt the call to religious life, and despite the pleas of friends and family who wanted her to continue with her musical career, she entered the Sisters of Mercy on 24th September 1918. She took the religious name Sr. M. Austin.

Sr. M. Austin spent most of her religious life as a music teacher at Mt Carmel School Yass. As her hearing began to fade she continued to take on individual pupils, and was much in demand as an organ accompanist for various events and performances.

Sr. M. Austin died in 1992, just some months short of her 100th birthday. In a tribute to her, her former student Maureen McGrath wrote: “Teaching is one of the truly creative vocations and Sr Austin spent her life with us teaching, walking among us in the footsteps of Christ.”

This book is a lovely illustration of the beginnings of a musical gift that Sr M. Austin was able to share with generations of students as her vocation as a Sister of Mercy. 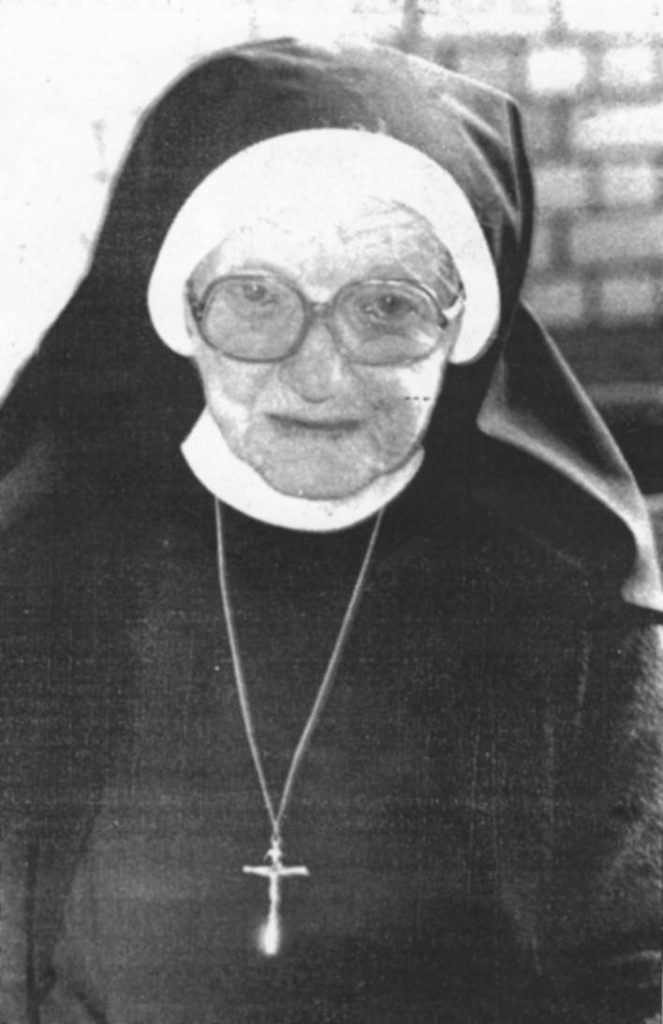 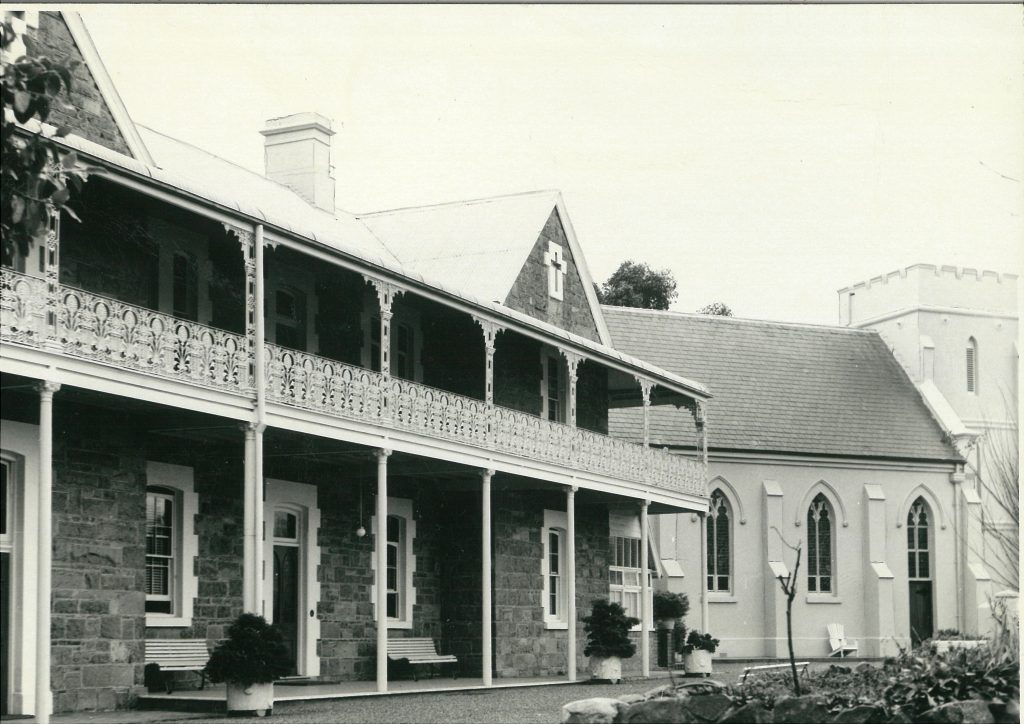