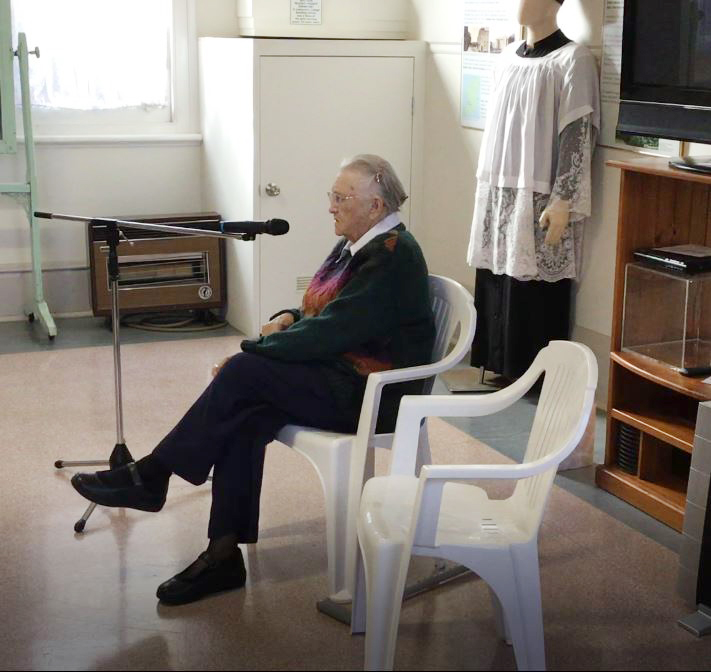 Staff of St Catherine’s Catholic College in Singleton participated in a Spirituality Day on Monday, 22 July that started at Baiame Cave and ended at the Singleton Convent.

The Principal at St Catherine’s Catholic College, Niamh Marzol, wanted to explore the connections and similarities of Aboriginal spirituality and the Catholic faith.  A morning trip to a local Aboriginal sacred site, Baiame Cave was already planned, but she wanted a way to connect that visit to the Gospel.  So, after chatting with Cynthia Mulholland at Sacred Spaces Singleton a presentation was planned by a Sister of Mercy who had spent her career working with and living amongst the indigenous communities across Australia.

Patricia Adams RSM was asked to be the guest speaker and given the task of making those connections between Aboriginal spirituality, the Catholic faith and the works of Catherine McAuley.

Right from the very start, Sr Patricia had the crowd of 65 staff members enthralled.

Sr Patricia was able to talk about lived experiences of a time when racism was the norm and the Aboriginal culture wasn’t talked about.  Sr Patricia has lived in many Aboriginal communities throughout Australia including Kempsey (NSW), Brisbane (Qld), Alice Springs (NT) and Adelaide (SA).  It was in these towns that she experienced the highs and lows of working and living with the indigenous communities.  She spoke about not being served in country towns because she was with Aboriginal children, but also about joys of seeing an Aboriginal child grow into a well respected member of the Aboriginal community. 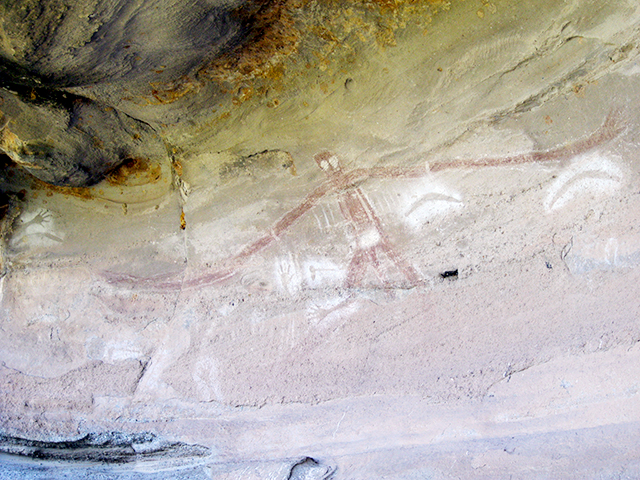 Baiame Cave painting showing ‘Baiame – the Father to All’ figure.

“The Aboriginal people have been in Australia for over 60,000 years and it is one of the oldest cultures in the world.” said Sr Patricia.

“If something is that old and has continued for that long, then we all should pay it the respect it deserves,” added Sr Patricia.

Of course, Sr Patricia was also able to recount many funny stories and the challenges of teaching in rural communities in the 1950s and 1960s.

Feedback from staff at the end of the day was very positive and one staff member commented that Sr Patricia’s wisdom was very welcome at a time when it is essential for us to be more inclusive.