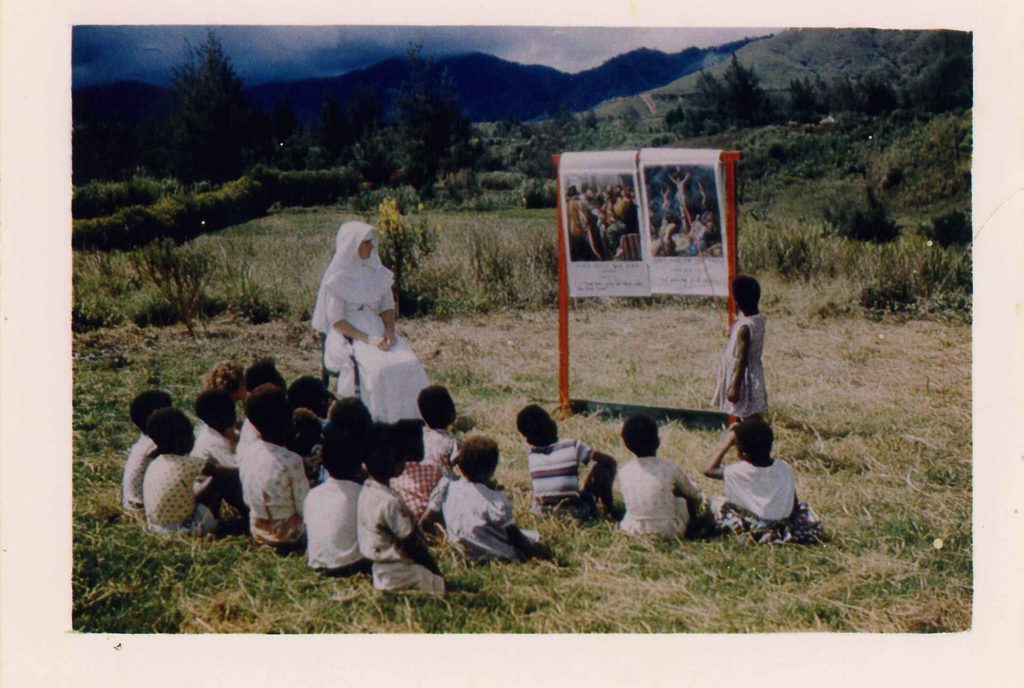 ‘By necessity I became a jack of all trades. There were things I never dreamt I could do – but I did them. I came to know and understand what being of service to people was all about’.  Sr. Marie Dagg

Sr. Marie Dagg from Singleton was one of the first Sisters of Mercy from the Union to journey to Papua New Guinea in the 1950s. Sr. Marie entered the Singleton Convent in 1942 as Sr. St. Paul and trained as a teacher.

Sr. Marie’s personal Papua New Guinea photographs and slides form part of the ISMAPNG Singleton Archives collection. Some of these images capture the establishment of the Sacred Heart School in Faniufa in 1956, of which Sr. Marie Dagg was directly involved in.

Sr. Marie explains how she was authorised to organise a school after arrival in Papua New Guinea; ‘ …Land for a school was offered by a small boy at Faniufa Village who said ‘come to my place and my people will give you land for a school’… Once the land agreement was completed work began on a bush classroom’. In later years Srs. Marie reminisces and states ‘The clearing was a big job. I worked on the clearing myself. A lot of the village children helped and sometimes there were as many as 60 children cutting the grass and levelling the ground’. Sacred Heart School Faniufa was blessed and opened on January 28 1957.

The following images illustrate the involvement of Sr. Marie in the development of this school. Image A illustrates the 109 cement blocks built by Sr. Marie Dagg and her pupils for the new school foundation, with each block containing its own miraculous medal inside. Image B shows Sr. Marie Dagg putting her carpentry skills (which she learned from her Father) to use in constructing desks for the future classrooms. Image C illustrates the local men weaving matting for the floor and walls of the school, which were made from local bamboo. Images D and E display Sr. Marie educating the local children in both music and religion.

These images are further enhanced by the presence of many handwritten letters from Sr. Marie’s time in Papua New Guinea within ISMAPNG Singleton archives. One letter details Sacred Heart School Faniufa Opening in 1957 ‘… The ceremony commenced at 11am with procession of the school children from the temporary school to the new school. The children looked lovely dressed in their uniform for the occasion…After the blessing the speeches were made. One remark made by the District Educational Officer was that there are 60, 000 children in the valley and only 2, 000 are able to attend schools. So we need more schools and more teachers’. 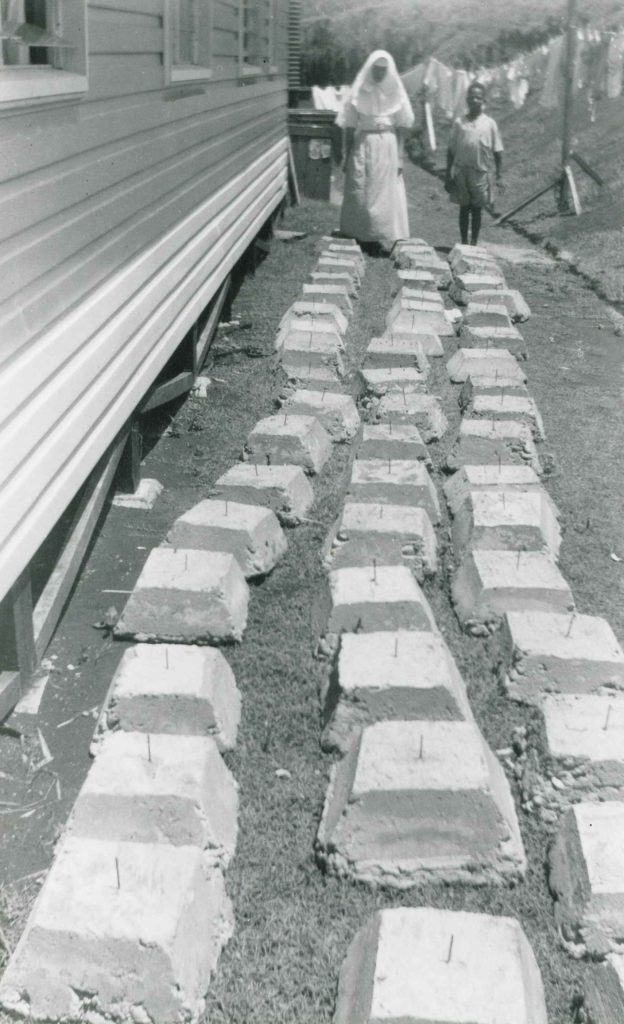 Image A: Some of the 109 cement blocks built by Sr Marie Dagg and her pupils for the new school foundation. 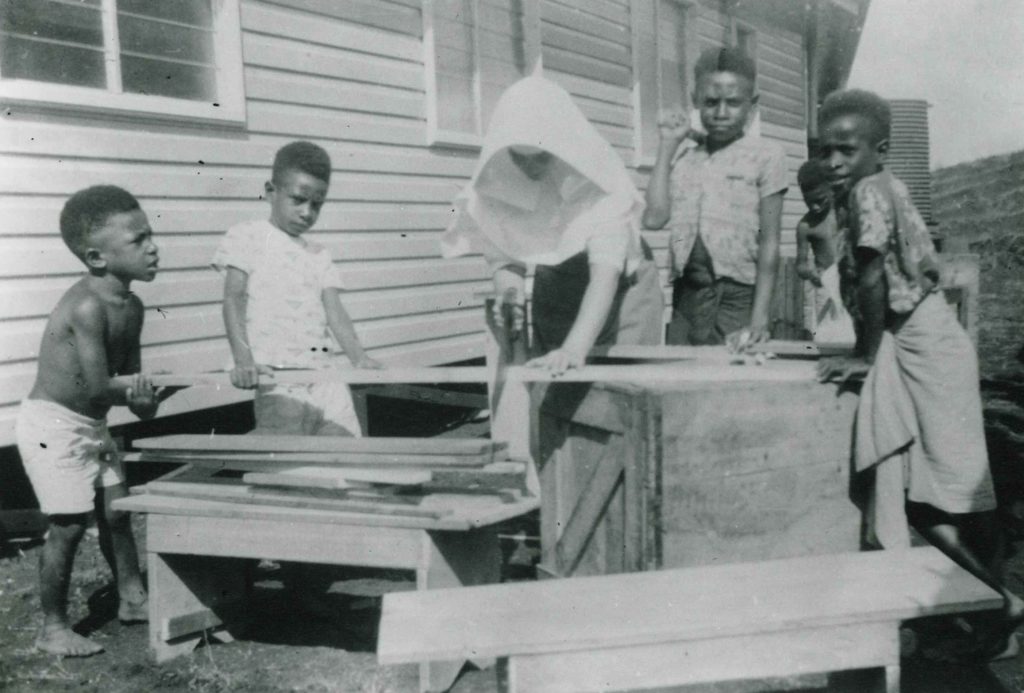 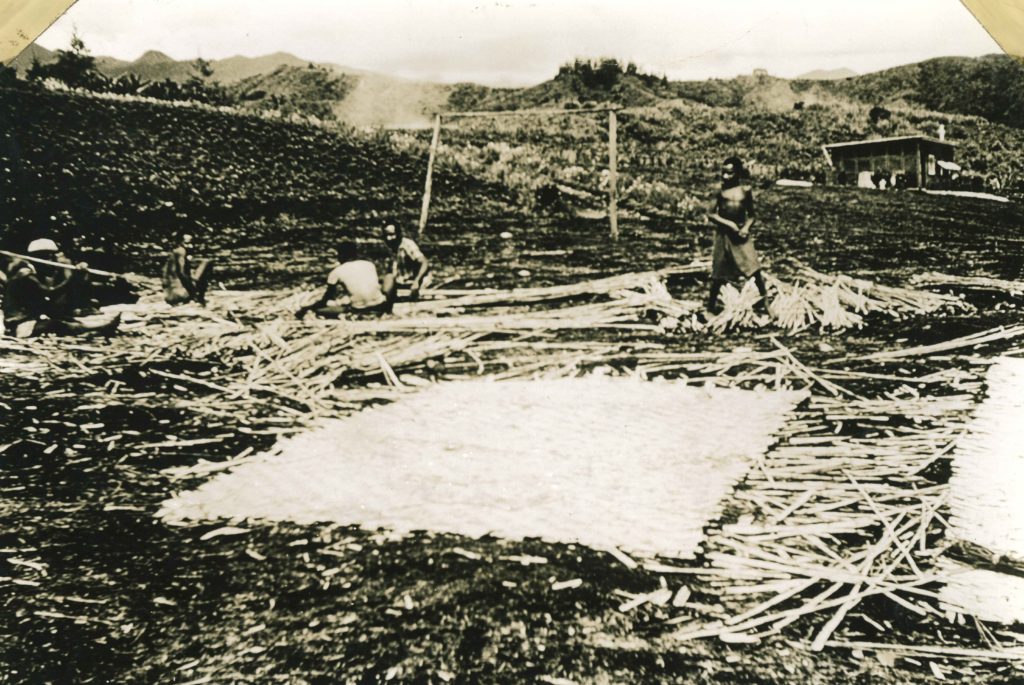 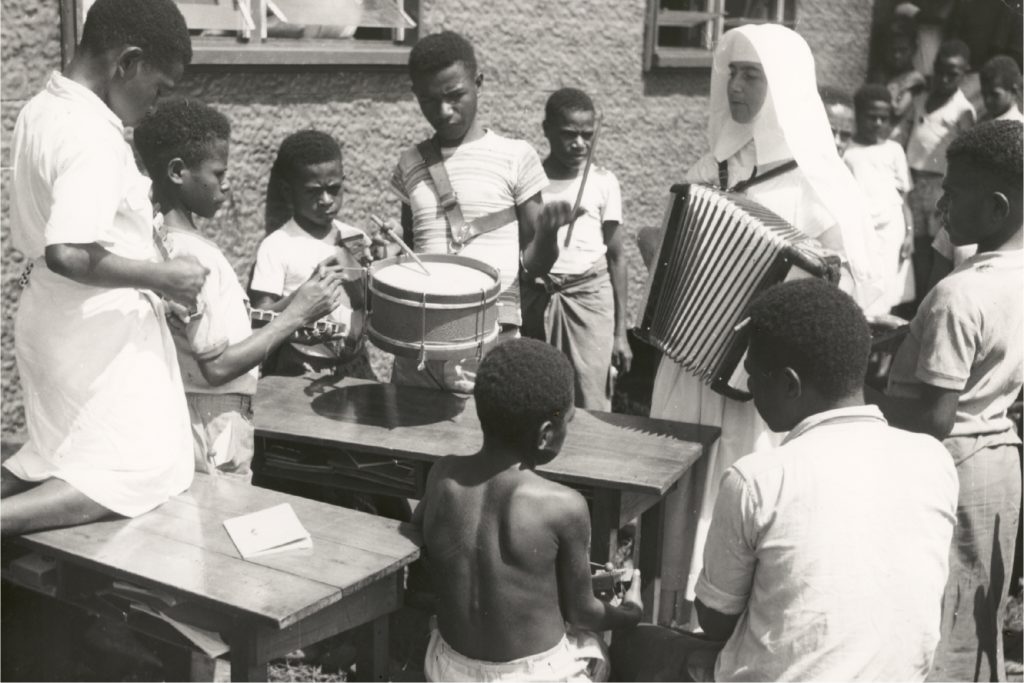 Messages to:  Archives and Heritage