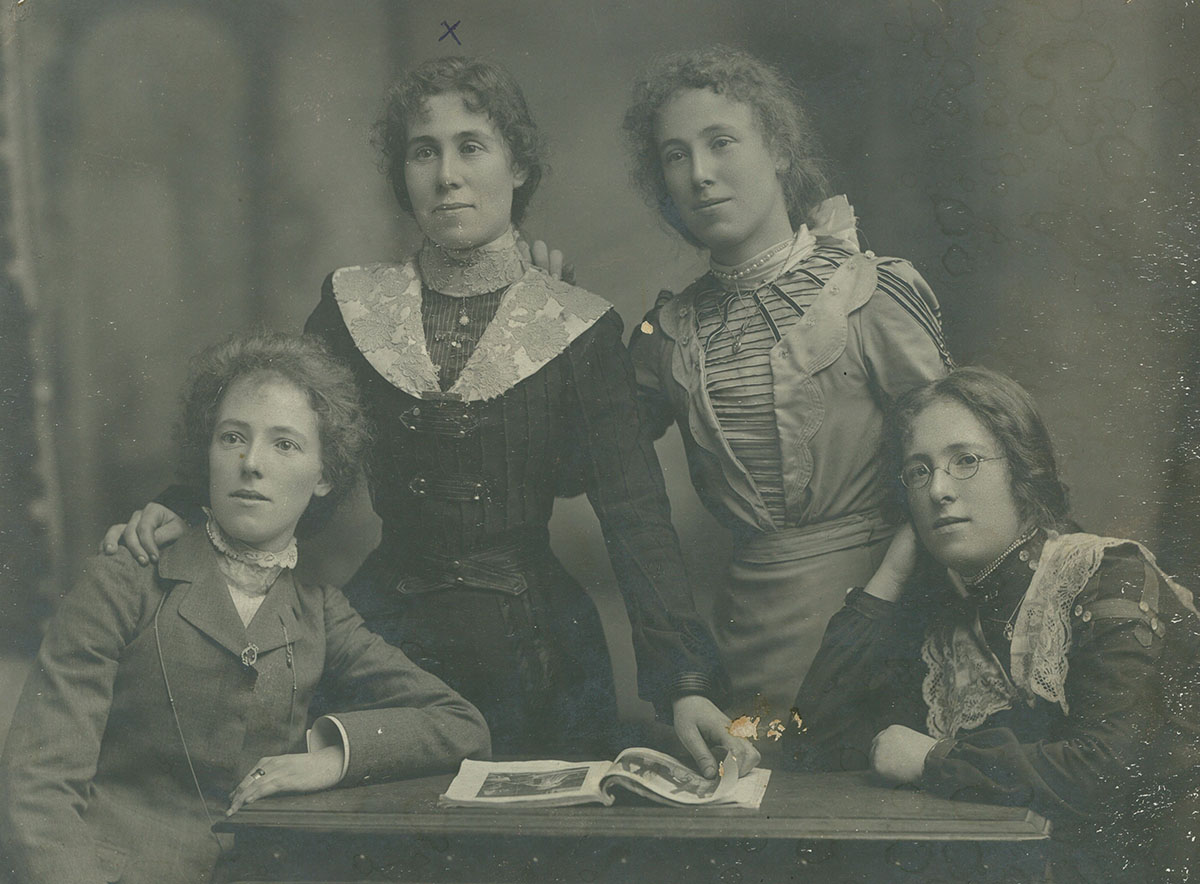 Items within the Institute Archive and Heritage Collection provide a window into the remarkable life of Mother M Augustine of Singleton.

Even while in office as Reverend Mother she taught verse speaking to the boarders at St Catherine’s College in the 1940s and 50s and her choirs often won Trinity College medals.

On her father’s death in 1923, she received a substantial bequest which was used for the buying of the beautiful marble altar and the organ for the new Convent chapel. She was a fine organist and was the only one to play the organ for many years.

In the archival items in our collection from Mother M. Augustine we have some beautifully painted jubilee gift cards from her students, letters from her father to his “Dear Nance”. A 1902 photograph shows her as a young woman with her sisters, in the same year she entered the convent.

Upon her death the local paper printed an obituary contributed by the Sisters of Mercy which included the following tribute:

“During her long life of sacrificial service in many houses of the Mercy Province, Mother displayed her very exceptional qualities of solicitude, charity and service in a very self-denying way. Monte Pio, Mater Hospital, Hamilton, as well as Singleton, were the scenes of her labours.” 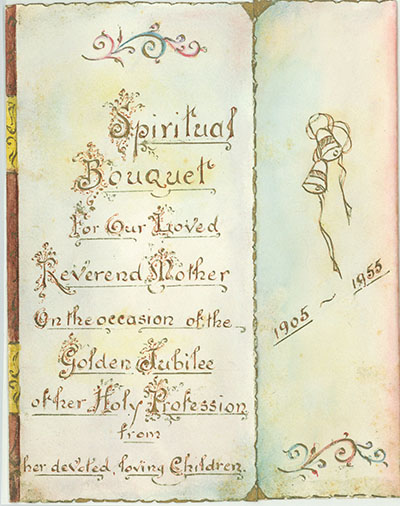 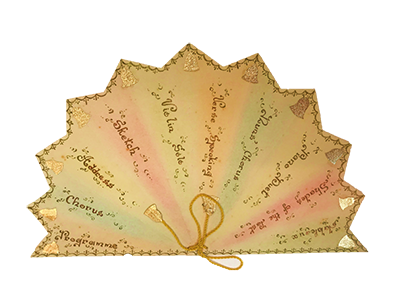 Fan shaped programme for an evening of entertainments
for Jubilee 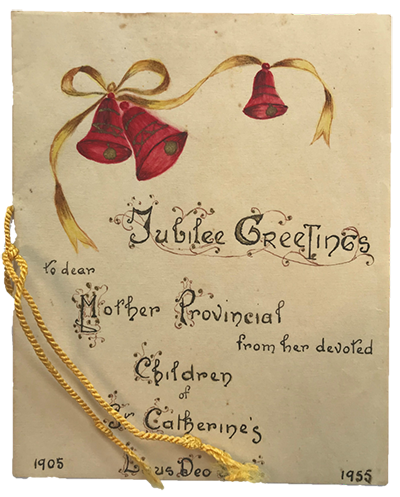 Jubilee greetings from children of St Catherines 1955 –
Hand made card