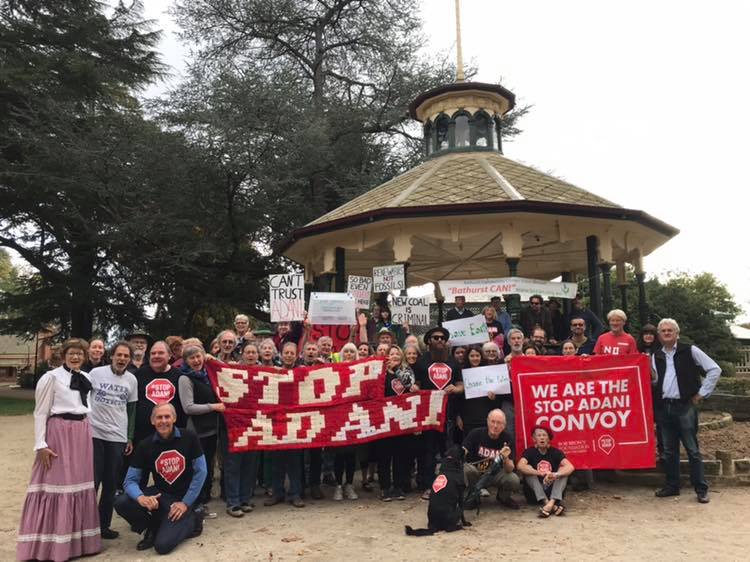 The team at Rahamim Ecology Centre, were part of a group who welcomed the Stop Adani convoy to Bathurst. The convey had travelled from Hobart, through centres including Melbourne, Albury, Sydney, Brisbane, Hervey Bay, to the Galilee basin (proposed Carmichael mine area) and back down to Canberra where they concluded with the Vote Climate rally at Parliament House.

During the Bathurst gathering, Rahamim educator, Sally Neaves, was proud to present a message of support to Bob Brown and the convoy, along with Cr John Fry and BCCAN president Jack Fry.  The work of one of our River Yarners, Tracy Sorensen, who had crocheted her own “Stop Adani” sign, was presented to Bob Brown.

The purpose of the convoy was to show community commitment and peaceful opposition to Gautam Adani’s proposed mine. According to their website, the #StopAdani https://www.stopadani.com/movement has five key motives: 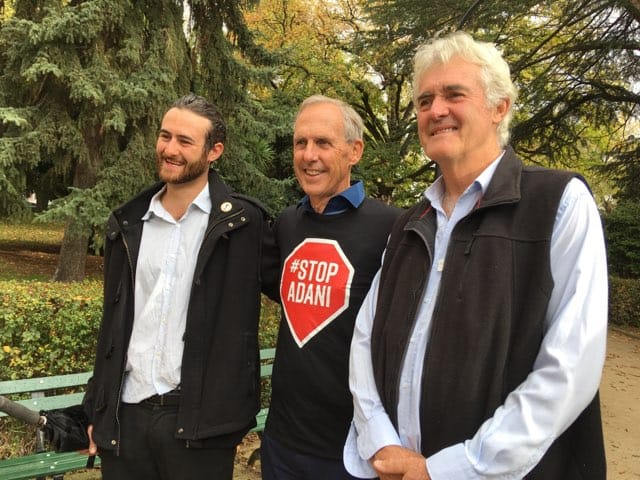