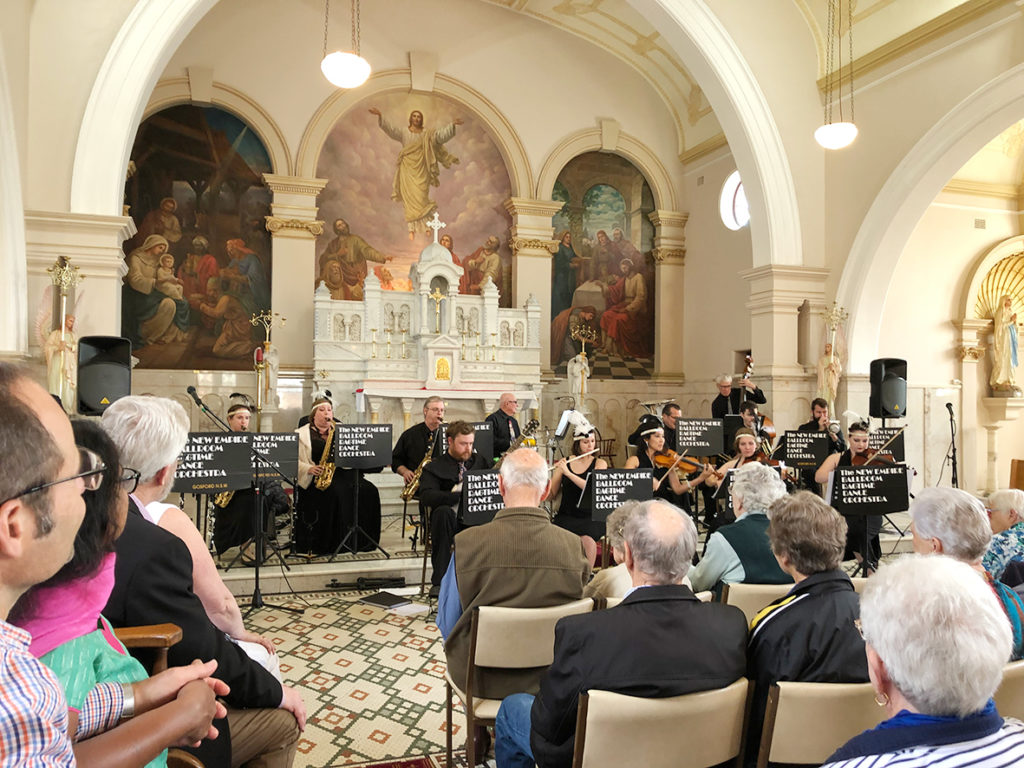 On Sunday, 15 March 2020 a large crowd gathered to listen to the New Empire Ballroom Ragtime Dance Orchestra in the Sisters’ Chapel at Sacred Spaces Singleton.

It was three years since the New Empire Ballroom Ragtime Dance Orchestra last performed in Singleton and a crowd of approximately 180 people came from near and far to listen to them this year.  They arrived by the busload and many were even in 1920s costumes.

This was the first concert for the year that is part of the Sacred Spaces Fine Music Concert Series.  It was also one of the first events to kick off the town’s Bicentennial celebrations.  The concert was held on the actual 200th anniversary of the explorers arriving, but we also acknowledged the traditional owners of the land, the Wonnaruah/Wonnarua people who were here for tens of thousands of years before white settlement.

The music was uplifting and heart-warming with many visitors dancing and swaying to the music.  It was a wonderful afternoon that was enjoyed by all. A number of visitors made a point of saying that they were grateful for their last chance at fun and frivolity before the inevitable self-isolation.

The very next day, the situation with COVID-19 changed and Sacred Spaces has now cancelled all events, concerts and weddings until further notice.