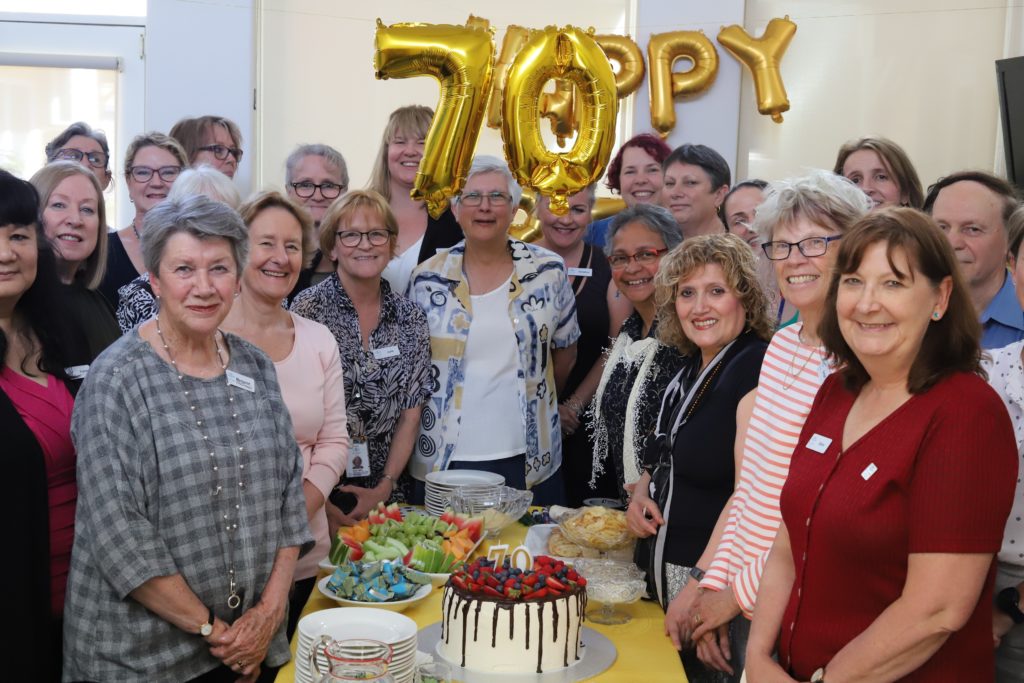 To mark the occasion, O’Connell Family Centre staff and invited guests, including the two remaining Family Care Sisters Sister Jill Harding and Sister Michelle Toussaint and Engineering staff (who are on speed dial) gathered for a fun and light-hearted celebration of the building. With Elton John’s song I’m Still Standing humourously playing in the background, a celebratory cake was enjoyed by all.

‘Over 70 years, we’ve helped to support thousands of families in this building. We thought that today was an opportune time to look back and recognise the heritage of this much loved place, and to acknowledge Maude O’Connell, the Family Care Sisters and Sisters of Mercy for their dedication to mothers, babies and families.’

The celebration was also a way to say thank to the O’Connell Family Centre team, Ambulatory, Community and Allied Health Program Director Erin Wilson and the Quality Team for all of their hard work during a successful recent DHHS accreditation process.

History of the O’Connell Family Centre

Maude O’Connell founded the Family Care Sisters (Grey Sisters) in 1930 during the Great Depression.  She believed in the sanctity and importance of the family unit, and recognised a great need for support services for new mothers with children, particularly in their homes.  She also recognised that marriages were often under stress when new babies arrived.

In 1934, the Family Care Sisters established a facility in Surrey Hills, where sisters were trained to provide ‘personal services’ to families. The personal service was, in fact, at-home support for mothers with new babies, particularly mothers with other small children. The Surrey Hills centre also offered mothercraft certificate training.

As the Family Care Sisters work expanded and they became better known, with many more calls for assistance, it became clear that Surrey Hills was no longer large enough to accommodate the growing workload. Sister O’Connell learnt in 1945 that Mountfield at 6 Mont Albert Road, Canterbury, was about to be listed on the market following the death of the owner. It was a large block of land of about 3.5 acres. The house was set back from Mont Albert Road and was about 80 years old, built in the English style with handsome furnishings.

The Catholic Church Trust Corporation was given the go-ahead to bid on the property. At the pointy end of the auction, three bidders remained – the Cathedral representative, a Marist Brother, who was bidding on behalf of his Congregation, and an investor.

In this period following the war, prices were still pegged and the auctioneer closed the bidding when it reached 12,000 pounds, the last bid having been made by the Marist Brother. The auctioneer asked if he had the money to put down and he replied that he could speedily obtain it as he was not far from his community. However, this was unacceptable as the money had to be paid on the spot.  The investor was in a similar position. Only the Cathedral representative, bidding on behalf of the Family Care Sisters, had the cheque ready to fill in.  And so they obtained the magnificent property.  The Marist Brother the next day endeavoured to buy the Family Care Sisters out but Sister O’Connell refused.

The old house was retained as an administrative centre and the foundation stone for a new Mother and Child Care Centre was laid in 1947 by Archbishop Marella, the Apostolic Delegate for Australia.  In the early years, children resided at the centre while their mothers went to the rest home at Croydon or stayed at Mountfield under the care of the Sisters following childbirth. In that period, the postnatal care provided at maternity hospitals often involved keeping mothers separated from their babies, except at rigid feeding times, a situation which sometimes resulted in mothers not being confident or prepared for caring for new babies upon release from hospital.

The Mother and Child Care Centre at Mountfield aimed to rectify this situation by providing facilities for mothers to spend time with new babies in a supportive environment. In situations where the mothers already had other children, the emphasis was on rest, with the siblings cared for by the Sisters. 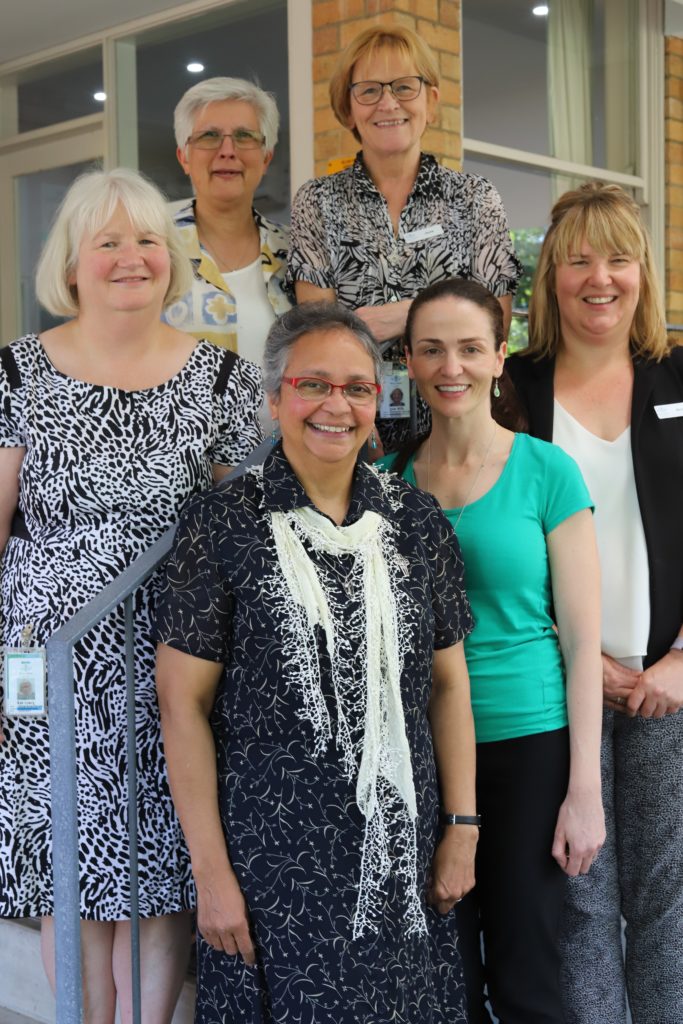