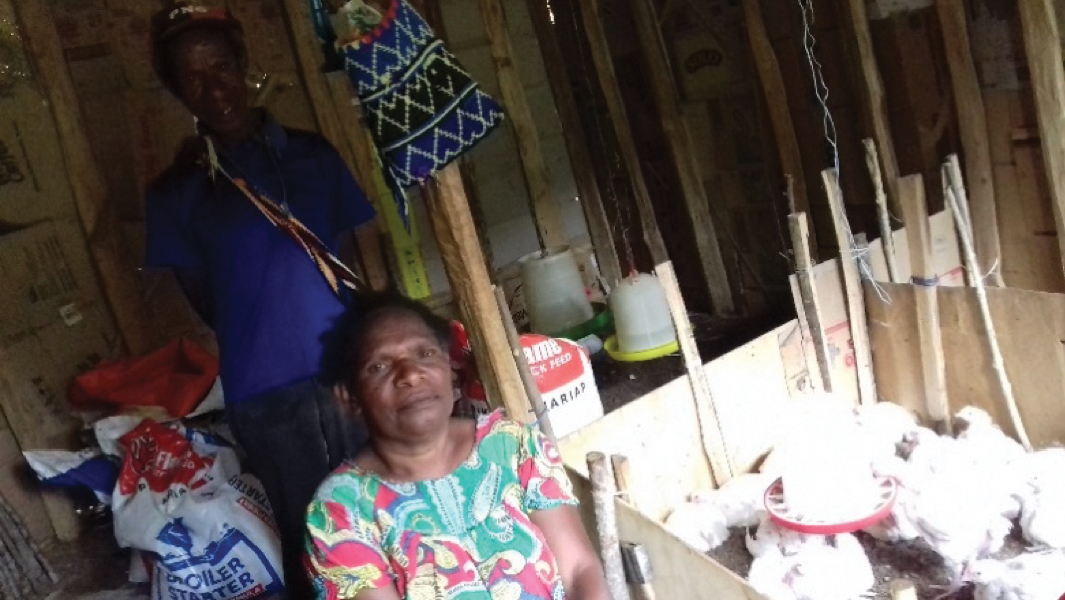 George and Cathy with their handicrafts

Back in 2015, George and his wife, Cathy, heard the Mercy Works radio program where they lived in Marawaka, a town in the Highlands of Papua New Guinea. Like many in remote villages, this couple were struggling to survive, so aged 60, George decided to leave and make the 200km trip to Goroka in search of the Mercy Works office. When he arrived, George wasted no time by enrolling himself in baking and cooking training. It wasn’t long before he sent word for Cathy to join him so she could be trained in sewing.

Immediately after finishing this initial training, they joined a co-operative with other Mercy Works’ training participants.   Pooling their limited resources was the only way they could all begin to earn income.  Although successful, the co-op eventually stopped operating, and George carried on with his baking and selling biscuits, buns, bread rolls and cakes. Cathy’s new sewing skills enabled her to keep making and selling aprons, pillow cases, quilts, and meri blouses.

George and Cathy continued to attend Mercy Works awareness and life skills training, participate in International Awareness Raising days (where they advertise their products), as well as attending a “Money Minded” Training with the ANZ Bank.  As a result, soon they were able to pay rent, earn enough money to buy basic necessities such as food and clothing and  even save a little.  Each has opened their own bank account for that purpose.

Cathy then began training other women in sewing skills.  Having been made aware of Mercy Works’ “Leave No One Behind” approach, they are also helping new arrivals from remote areas do the same as they have done since arriving in Goroka.

The four year journey with Mercy Works for this husband and wife has transformed their lives and now in their advancing years, they face their future with hope and certainty.

The look in their eyes and smiles on their faces when George and Cathy call into the office to say “thank you” is a constant reminder of the impact of this transformative journey, not only for themselves, but for the many others they have brought along with them.