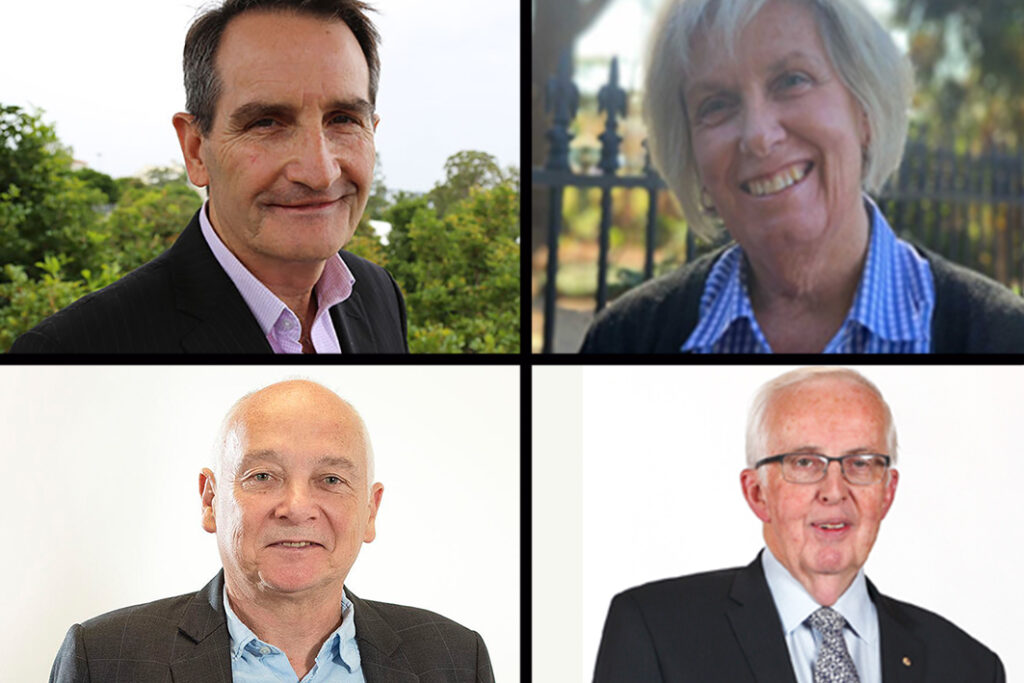 This year, in Australia, the Queen’s Birthday 2020 Honours list saw 933 awards. These recipients included politicians, scientists, musicians, artists, athletes and business leaders. We are rejoicing that five of the recipients have connections to Mercy.

A heartfelt congratulations to Sr Kate Conley from Adelaide, who was awarded a Medal of the Order of Australia for her services to the Catholic Church of Australia and to women (Click here to read more about Sr Conley).

The other four recipients with connections to Mercy are:

Denis Moriarty, who is the former Chair of the McAuley Community Services for Women. Denis was awarded the Member of the Order of Australia for his significant service to the community, to social welfare and to public administration. Denis is the co-founder and group managing director of Our Community. Denis told the Australian publication, Pro Bono News it was an honour to be recognised.

“It’s incredibly humbling to be recognised by a committee for the work that you’ve done,” Moriarty said.
“Often you do long hours and lots of hard work. And it’s a nice way of saying this country values this service.”
But Moriarty said it was vital more women were getting recognised for their efforts, especially in the female-dominated not-for-profit sector.
“I think the committee has done a good job, but they haven’t done a good enough job because we still aren’t getting an equal number of men and women getting awards,” he said.
“It’s not good enough. It’s 2020. We’re not living in the dark ages, particularly in the not-for-profit sector where 80 per cent of the workforce are women.”

Francis Sullivan, who is a Board Member of Mercy Health and Chair of the Board of Mater Health, was conferred the honour of Officer of the Order of Australia for his distinguished service to the community, particularly through social justice and legislative reform initiatives, and to health and aged care. Throughout his career, he has held a number of positions of influence including Chief Executive Officer at the Truth, Justice and Healing Council, Secretary General of the Australian Medical Association (AMA). He also spent 14 years as the chief executive officer of Catholic Health Australia (CHA), where he advocated for 73 private and public hospitals and more than 500 aged care services across Australia.

Julien O’Connell, who is a former Chair of the Mercy Health Board and current Chair of the Mercy Health Foundation. Julien was conferred the honour of Office of the Order of Australia for his distinguished service to community health in the aged care sector through executive roles, and to higher education. Mr O’Connell was appointed as a Director of the Mercy Health Boards and the Boards’ Finance, Audit and Risk Committee in 2005. He was subsequently appointed Chairman of Mercy Health in 2008. Mr O’Connell served as Chairman of Mercy Health for 10 years. He has a diverse and varied background and qualifications in accounting, insurance, risk management and marketing. He is currently Pro-Chancellor at the Australian Catholic University and a Fellow of the Australian Institute of Company Directors. He also holds positions as director or chairman of a number of boards including the Catholic Archdiocese of Melbourne Finance Council and he is a Member of the State Government Council of Board Chairs. Julien was appointed a Director of Mercy Health Foundation in 2008 and was subsequently appointed Executive Chairman of the Foundation in 2018.

Elizabeth Zachulski, Residential Manager at St Catherine’s Aged Care in Bathurst was conferred with a Medal of the Order of Australia for her work in aged care services.  Elizabeth was originally employed at St Catherine’s by the former Bathurst Sisters of Mercy before Catholic Healthcare took over the facility.

We acknowledge the remarkable achievements of these five worthy recipients and congratulate them on being recognised for their outstanding work in the Queen’s Birthday Honours list.