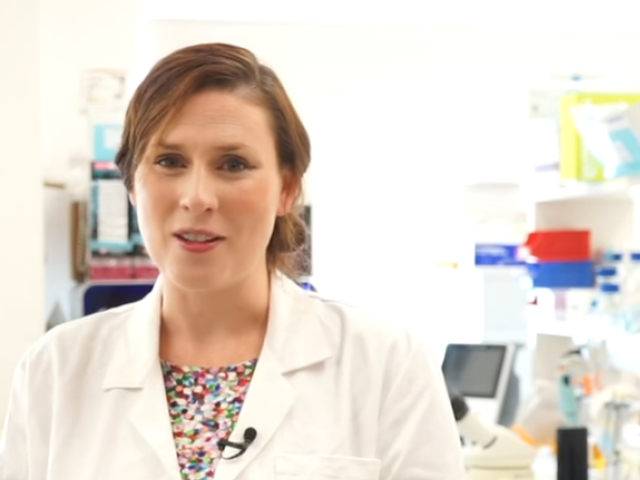 In an exciting discovery, researchers at Mercy Hospital for Women (and the University of Melbourne) have discovered a novel protein measurable in the bloodstream that could predict which women are at risk of stillbirth.

Stillbirth is a devastating tragedy that claims 1 in every 130 pregnancies in Australia. This means that every single day, 6-7 families lose their baby to stillbirth.

One of the leading causes of stillbirth is a poorly functioning placenta, the life support system that provides oxygen and nutrients to a growing baby. The first sign that a placenta may be failing is poor growth of the baby, or fetal growth restriction. A poorly grown fetus is at 3-4 times increased risk of being stillborn compared to a well grown fetus.

By screening proteins released directly from the placenta into the mother’s bloodstream, researchers at Mercy Hospital for Women have discovered a novel protein called SPINT1 as a new biomarker of poorly grown babies.

It is well established that the risk of stillbirth increases at the end of pregnancy; a time at which expedited delivery of an at risk baby would invariably result in a live birth. Focussing on blood samples collected from pregnant donors towards the end of pregnancy (36 weeks’ gestation) the Mercy team has shown that SPINT1 levels are significantly reduced in women carrying a small baby. Importantly, they have validated this find in a cohort of samples from the UK.

Remarkably, SPINT1 has considerably stronger associations with several indicators of poor placental function than previously reported biomarkers, and may be the first candidate in a new blood test tool-box to predict women at risk of stillbirth

Lead author of the study, Principal Research Scientist A/Prof Tu’uhevaha Kaitu’u-Lino said ‘SPINT1 is the first of many novel proteins that we are studying. Ultimately we plan to use artificial intelligence to produce a sophisticated multi-marker blood test that could be offered to women here in Australia and around the world’.

The team have just published these findings in the prestigious international scientific journal Nature Communications.

Find out more by watching the video below.

A new protein to predict pregnancies at risk of stillbirth

Today, Mercy Health is celebrating an exciting discovery, by researchers at Mercy Hospital for Women (and the University of Melbourne) who have identified a novel protein measurable in the bloodstream that could predict which expecting women are at risk of stillbirth.Stillbirth is a devastating tragedy that claims 1 in every 130 pregnancies in Australia. This means that every single day, 6-7 families lose their baby to stillbirth. Worldwide, 3 million pregnancies end in stillbirth ever year.The results of this important research were released internationally in a paper, Circulating SPINT1 is a biomarker of pregnancies with poor placental function and fetal growth restriction, published in Nature journal on 15 May. For the full media release please visit our website: bit.ly/3bA8gzx