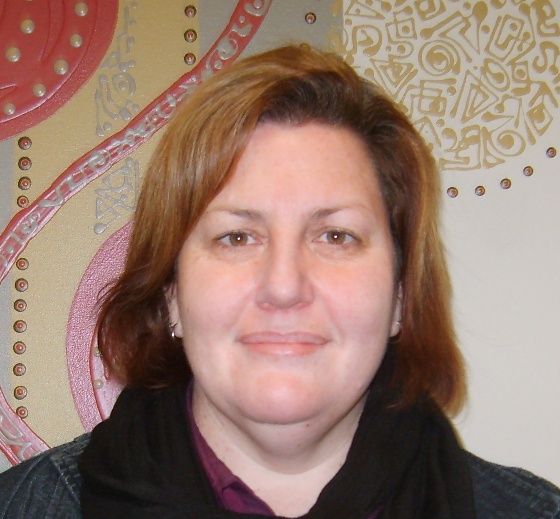 The following is a personal reflection of Jeanette Morris, Education Officer – Indigenous Education, Catholic Education Office, Ballarat.  It was delivered for the Mercy Day Liturgy on 24 September at Mercy Place Ballarat.  Jeanette felt very honoured to be part of the ceremony for several reasons.  Firstly, as a Buanditj women who is strong in her cultural identity.  Secondly, as a Mercy Associate of the ISMAPNG South B Community who for over two decades has appreciated the privilege of being part of such a vibrant and welcoming community.  Thirdly, she saw the invitation as a sign of respect in light of Mercy Health’s acknowledgement of the campaign for an Aboriginal and Torres Strait Islander Voice to Parliament.

There has been a lot of talk surrounding the proposal that Aboriginal and Torres Strait Islander peoples be given a voice in saying what happens to our people.  A fair bit of it can be labelled as scaremongering.  Statements made in the media by some have included that this will mean a “third arm” for parliament, that it will increase the chances of land claims and even that it will promote Aboriginal and Torres Strait Islander peoples above all Australians.  Not so.  A voice will provide us with a greater say in determining what happens to our peoples.  We have been the recipients of many policies, policies that on the most part have done immeasurable damage.  We did not ask for these policies or acts.  We were not consulted on what their aims would be.  For the most part we complied with the directives that we were given.  In 2019 I would like to think that we have moved past being told what is good for us, to firstly being consulted and secondly, for people to willingly hear our advice.  For this, I take heart in the example set by Catherine McAuley, an example that is lived out by members of the Mercy Community.  On Sunday I attended the Mercy Associates Mercy Day and Recommitment Ceremony where we were reminded of Catherine McAuley’s embrace of cultural diversity and her legacy of hospitality to strangers.  My heart filled with joy when I heard that Catherine “learned from those who were different and left them whole in their Godly difference.”  These words and actions underpin why we need a voice in Parliament.  In order to learn from each other we need to listen to, and thus gain an insight into each other.

So, how to move forward?  In reflecting on my response, I recognise that an important step would be making changes to the Constitution as this would provide opportunities for Australia’s First Nations peoples to have a greater and more effective voice.  Will it be easy? No.  Will it be achieved in a timely manner? Yes and no.  Will it be just?  In my opinion, yes.

It will not be easy.  Our federal Constitution needs to be amended in at least two areas.  Firstly the preamble: the State Governments of Victoria, South Australia, New South Wales and Queensland have amended their Constitutions’ preambles to recognise the unique status, relationships and contributions that Aboriginal and Torres Strait Islander peoples have made.  Our federal Constitution’s preamble is silent in comparison.  Secondly, we need to look at amending the main part of the Constitution where our laws are set out.  Many Australians do not know that our Constitution still permits racial discrimination.  We are the only country in the world with a Constitution that allows for discrimination against its Indigenous peoples based on their race.  Amending the relevant parts will ensure that at least in law, equal rights and respect will be given to all Australians including Aboriginal and Torres Strait Islander peoples.

Another reason that the process of achieving the aforementioned amendments and/or establishing a voice in Parliament will prove difficult is resistance to change.  However, there is hope.  In the 1967 Referendum, 90.77% of voters said “yes” and thus changed the political and social landscape of Australia.  Furthermore, in the past few decades we have witnessed many people from different backgrounds campaigning for change on numerous issues.  A groundswell of support that has, and I hope, will continue to bring about a more enlightened and just Australia.

So what about a time frame?  Through a large number of eyes, all of this may not be achieved in a timely manner because Aboriginal way is long.  Reaching an understanding or a decision in our communities can only be achieved through the correct process – consultation, reflection, more consultation, more reflection, and even then, the end may not be in sight.  We do not value objectives that have been reached by being rushed through.  Consider the Gurindji people who in 1966 walked off Wave Hill Station.  It was not until 1974 that a resolution was reached, as to quote singer-songwriter Paul Kelly “we know how to wait”.  The majority of Aboriginal and Torres Strait Islander peoples will wait for what many of us call “right time”.  Within my own work, I once waited over eight years for an agreement to be reached because sorry business, local community business and a myriad of other issues all took precedence over what that particular community and my office were trying to achieve.  It is not laziness or procrastination.  It is just our way.

Last but not least, justice.  It will be just because we are part of Australia.  We persevere every day to retain our customs, our languages, our belief systems, our preferred lifestyles.  We want to know our neighbours and for our neighbours to know us.  I return to Catherine’s example of learning “from those who were different” and leaving “them whole in their Godly difference.”  I think that this best encompasses how I feel about having a voice in Parliament and the steps we need to take in order to achieve this.  We can learn from each other.  We can embrace and respect our relative differences.  We do not need to diminish or demonise others.  Can you imagine a world in which Catherine McAuley said, “no, this is too hard, this is not worth it”?  She did not say those words, she acted and I thank her for that.