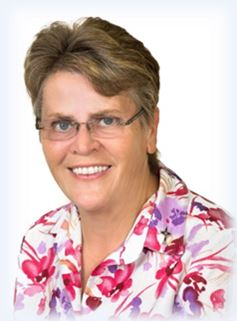 As I begin these Words of Remembrance on behalf of the Sisters of Mercy, I want to acknowledge that there are many here who have known Marie longer and more deeply than I have and whose reflection on this occasion would be so much appreciated. However, as I discovered last week, Marie, in her efficient planning, had nominated me for this special task, and in a loving spirit of obedience, I am happy to oblige. Indeed, I am honoured.

I understand that Marie’s nephews will speak to you in a few moments from the family’s perspective. My privilege is to share something of Marie’s life as a Sister of Mercy.

It was around August in 1999 when I first met Marie. At the time, she was a member of the former Goulburn Congregation’s council and the leaders and councillors of the eight Mercy congregations in NSW had gathered at Marymount, Castle Hill, to begin consideration of how we might collaborate more effectively. We were greeting each other in that quietly heartfelt way of our sisterhood when suddenly loud bursts of laughter bounced into the room. The Goulburn sisters had arrived with Marie, the raging extravert among them, warmly introducing herself to everybody and everybody to everybody else.

I don’t remember fine details of that meeting but I do recall discussing the care of our aged sisters. Most of us were not really familiar with the various complexities of this critical area, such as government policies and provision of services, and we were grateful to learn from those among us who were. Marie was one of these.

Of course, she generously shared her professional knowledge and insights but she also conveyed loving sensitivity to the aged sisters themselves and deep understanding of their individual needs and concerns.

As I came to know Marie over the years, it seemed to me that those two aspects: her professional commitments, that is, her life of ministry, and her commitment to the sisters, that is, her communal life, were integral to her whole life as a Sister of Mercy.

Marie joined the Goulburn Sisters of Mercy in March, 1972 having worked in the public service for a couple of years and undertaken a year’s nursing study. From her novitiate companion, nursing colleague and good friend, Sister Gabrielle Maree Owen, whose care for Marie over past weeks has been outstanding, I was not surprised to learn that the day she arrived at the novitiate it was apparent that Marie was an ardent lover – a lover of fashion (although that was curtailed from Day 1), a lover of life, a lover of family and friends, a lover of fun and adventure, and a lover
of God and God’s mysteries. She was also self-assured, hard working, cheeky, spontaneous, kind, generous, forthright and … loud.

In some respects it could be said that Marie epitomised Catherine McAuley’s gentle directive in 1838 to her young sisters ‘You must be cheerful and happy, animating all around you’. Although it must be noted here that Catherine mentioned nothing about volume of the animation!

Marie gave herself full-heartedly and intelligently to the novitiate programme. She valued its formative experiences of community, as well as opportunities to learn the compelling story of Catherine McAuley. She also enjoyed exposure to studies of religious life and theology, which at that time, was still charged with the spirit of Vatican 2. This fed her soul and she continued to be an avid reader in these rich areas.

She professed her first vows on December 30, 1974 and, following profession, graduated with distinction as a registered nurse. Subsequently she attained a swag of other qualifications in Midwifery, Geriatric Nursing, and Pastoral Studies with a focus on ageing. She also earned a Bachelor of Nursing Administration and a Masters in Health Management.

Such a record is impressive and no doubt Marie was proud to have achieved so much. However, for her, all this learning was not for personal satisfaction, reasonable as that is, or for career advancement, worthy as that is. Rather it was simply to be an effective minister of the God of Mercy within the tradition of Gospel service inspired by Catherine McAuley. And in this she had a special care for the truly vulnerable ones – those for whom life’s pressures were overwhelming, those who suffered the frailties and diminishments of ageing, those who were terminally ill. As well as her considerable clinical skills, she brought to these people the gifts of her own being – compassion, hope, peace of mind and heart, and cheerfulness.

In 1992 Marie was appointed Administrator of Mercy Hospital in Albury, so beginning her significant ministry of leadership, first, among lay colleagues in the context of health and aged care and, later, among her sisters in the context of religious life. In that regard Marie was a member the Goulburn congregation’s council from 1998 until 2003 when she began her first of two terms as leader.

She also served the wider church through her ministry of leadership, as President of the then NSW Conference of Leaders of Religious Institutes, a member of committees of the Conference of Religious Australia and as a representative member of Catholic Health Australia. In our own Mercy world, of course, she was a strong, influential, presence. I think particularly of the years when the burning question before every Sister of Mercy related to reconfiguring the eighteen autonomous units in Australia and Papua New Guinea into a form of governance that could strengthen the Mercy mission and foster a more mature expression of unity among us.

This was the period when Marie was Leader of the Goulburn Congregation and, as such, a member of the Plenary Council of Mercy Leaders. In that forum she demonstrated her forthrightness in asking hard questions, her capacity for critical thinking and her resolute commitment to enabling – not forcing – an authentic future for Mercy religious life. Also, I recognised in her then a firm belief in the grace of change and its gifts for those who are receptive to whatever untried initiative God may be asking of them, individually and communally. And with all this, her fundamental concern for the personal care of every sister was paramount.

A few months after the reconfiguring process ended and our new Institute was established in December 2011, Marie moved to Rockhampton to take on the role of Executive Officer Mission Integration for Mercy Health and Aged Care, Central Queensland. This was a bold adventure as it demanded leaving her beloved Canberra, having to learn different systems of administration and different policies, and working closely with and earning the trust of people she had not known. But, as we know, she thrived on new challenges. She learned fast and was quickly at home in Central Queensland, and was delighted to be continuing the work of sisters of the former Rockhampton Congregation in nurturing a true culture of Mercy within the organisation.

Marie’s next adventurous move was in 2016 when she responded to the request of the Institute Leadership to become Community Leader of the Institute’s Community South A – a vast geographic area including Western Australia and South Australia. With typical earnestness and undaunted by the tyranny of the Nullabor Desert which she regularly crossed (actually flew over) to minister to sisters in both Perth and Adelaide, she dedicated herself to this role. She worked consistently for the wholistic care of sisters and relished various community-building challenges (Note: at this very time, the sisters in Perth have gathered to celebrate the Eucharist for Marie as the best way of uniting with all here this afternoon).

Marie was happily immersed in all ‘the being and doing’ of Community Leadership when, in August 2017, the Institute Chapter elected her to the Institute Council. This meant another adventure – the major change of leaving Community South A and moving East to join our new Leader, Eveline Crotty, along with Elizabeth Moloney, Gaye Lennon and me as we commenced our period of leadership on December 12 (just one year ago tomorrow).

The following months were full of new learning and activity and something of a sharp learning curve for each of us. Characteristically, Marie invested herself in everything that was asked of her. She was happy to share so much: the wise insights of her ‘tested and tried’ experiences, her keen commitment to nurturing religious life in these liminal times, her desire that the Institute’s ministries would continue to flourish as true agents of God’s mercy, and in this, she had a special responsibility for Mercy Health and Aged Care. And along this very serious way, she was determined to have fun and to tease Eveline unrelentingly into giving her permission to attend the 2020 Oberammagau Passion Play in Bavaria (and a couple of extra weeks to explore Europe would be only sensible having travelled so far!).

And that is how it was until just over four months ago when she was diagnosed with cancer.

Then Marie began the most demanding adventure of all – embracing the confronting realities of a terminal illness. Significantly, she was not alone in this. She knew she was unconditionally loved and supported by Margaret and Anne and the family; she knew that her closest friends were even closer, and that her sisters and colleagues throughout the Institute, along with many others in Australia and beyond, were praying every day for God’s mercy to prevail. Nevertheless, I imagine she had some dark, frightening, lonely times.

So, what really sustained her and enabled her to participate with such dignity, courage and purpose in this adventure of dying? For sure, there was an abundance of love. And there was faith.

While we rarely know the real strength of others and we may only have cherished glimpses of their deeper, truer selves, I think I saw in Marie’s transparency and her trustfulness, that was sometimes child-like, a profound but uncomplicated faith. Next to life, this may be the best gift her parents, John and Catherine, gave her. It seems to me that it was faith in God, source of all that is loving, wise and good, which sustained her throughout her life, motivating her commitment to the things of Mercy and guiding all her paths.

I will explain that insight with a brief story. The day her diagnosis was confirmed at the clinic in Sydney, I was with Marie. As I drove her home to Stanmore, she said to me something like ‘Well, this is it, unless the chemo works, and I’m not even sure yet if I’ll have it, in a few months I’m going to experience the fulfilment of life. You know what we learned when we were little about why God made us?” I was struggling to comprehend the shocking news she had told me just half an hour earlier so I had no heart for trying to recall Third Class catechism. Marie seemed a bit let down that I couldn’t remember the answer, went silent for a minute or two and then said with real conviction ‘God made us to know, love and serve him here on earth and to see and enjoy him forever in heaven’. Then she said, ‘sorry about the ‘him’ but the catechism didn’t know about inclusive language. Anyway, that’s the answer. That will keep me going. Oh, look, we’re home now’.

And it did keep her going. And she is home now. And forever.

And Venerable Catherine McAuley would well understand that life for us who loved Marie is certainly less cheerful, less happy, less animated. But, it is quieter.