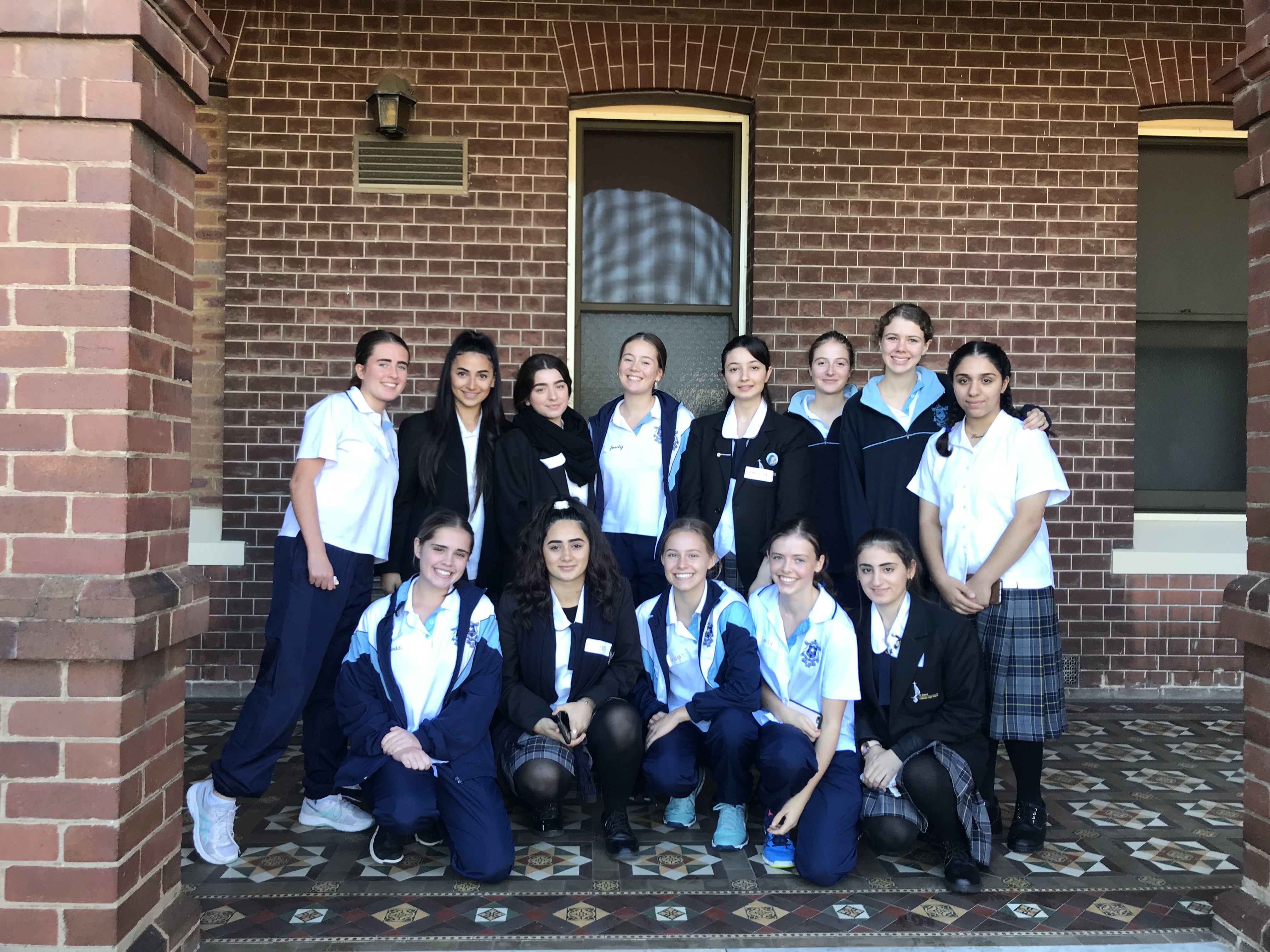 Students from St Agnes Catholic High School and Monte Sant’ Angleo recently came together in Parramatta to walk the streets with their cameras.

A few months ago, Paul realised that in today’s world everyone, to some degree, has some sort of access to a mobile phone and more importantly a smart phone. We are living in the age of technology and so much of it lives in our pockets that we often forget about what exactly it can do. The idea that we all connect through the internet via these devices got Paul thinking. We have cameras travelling around with us all the time, giving us the opportunity to capture our days in ways that we never thought possible. The idea that followed was the idea of connecting two groups of school students together through the taking of photos.

Paul invited students from Monte Sant’ Angelo in North Sydney and St Agnes Catholic High School in Rooty Hill to ask up to 7 students from each school to attend our Photography Connect Day. We used the idea of photos as photos tell us more than words ever could. This new language allows conversations to start where no words might have.

The weather reporters were calling it the coldest Sydney morning in May since 2017 but 13 brave students and their teachers faced the cold and journeyed to the Mercy Works Offices in Parramatta. Paul Taylor, our Mercy Connect Coordinator for Sydney, was eagerly awaiting their arrival to our offices where he was due to bring his idea of photography and connection to life.

Rumbling footsteps and chattering voices only got louder as the girls climbed the three flights of stairs and filtered through to our boardroom awaiting the day’s activities. We started the day with a small reflection and jumped straight into the day of picture taking. Establishing ground rules and emphasising the ‘No Selfie Rule’ was done through an excellent presentation given by Paul. Highlighting the drastic rise in digital photography and photo taking over the last couple of years and focusing on social media, Paul noted that 1.3 trillion photos were taken in the 2018 calendar year and more than half are shared on some sort of social media platform. We are capturing more and more with cameras that are of far better quality then they were a decade ago. It is because of the growth in technology that we are successfully able to capture our mundane daily moments and share them on apps such as Snapchat and Instagram, where a conversation can be had entirely in photos rather than words.

Drawing numbers from a hat to sort out pairs, the groups then headed off into the bustling streets of Parramatta to explore the city. The modern architecture of the new Bank West Stadium alongside the historic St Patrick’s Cathedral was one of the first examples of how two completely different ideas can come together and coexist in harmony in the same space.

Shyness was not evident as the girls sparked conversations ranging from the strict ‘No Selfie Rule’ to each person’s story and their journey to this meeting point. Remembering the important pointers from Paul’s presentation, the girls set out walking the streets and pointing out things that resembled patterns, reflection of light and the creation of shadows. Each girl saw something different and it was only when these things were pointed out that a whole vision came evident. Following the curve of the Parramatta River under bridges and towards the city gave the girls a chance to see the city above them reflected in the water below them. Sometimes seeing things differently or from a different perspective can change things.

Having an hour to walk around the streets of Parramatta and explore, the girls were given the opportunity to connect and bond over taking photos of the things they found interesting. Forging connections of these shared interests created a bond that had them talking from the start, it was incredible to see these girls who had known each other for a little over two hours have a connection that suggested they had been friends for years.

After bringing the group back together, we all reconvened back in the boardroom to discuss the hour we had spent apart and the things we had found and photographed. Sharing our experiences with each other was eye opening as people see the same things through different lenses shaped by their life’s journey creating a different perspective on the same thing. This gave the girls a unique link to each other as these slight differences in what they saw helped to encourage more discussion.

A big thank you to is given to Jamila Torpy, Monte Sant’ Angelo and Linda Hicks, St Agnes Catholic High School, for being fierce supporters of this day going ahead and for bringing their respective students to Parramatta for this day.

A massive thank you also goes to each of the girls who participated in this day and for being as excited as the Mercy Works team were to run it!