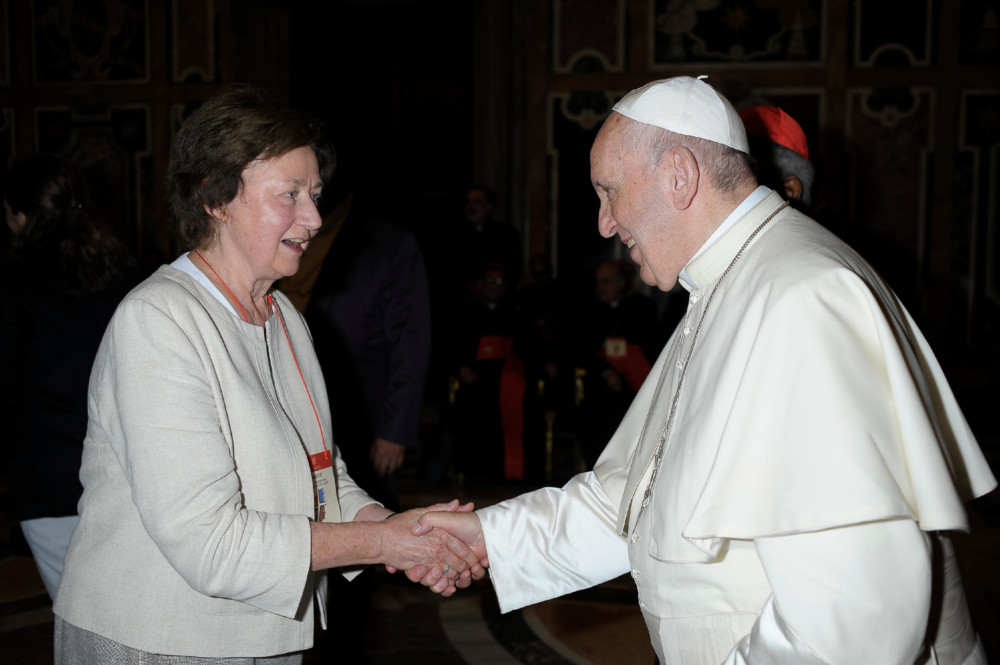 Adele Howard RSM recently attended the Laudato Si’ Conference at Vatican City. The conference was titled ‘Saving Our Common Home and The Future of Life on Earth’. Sr Adele shares her experiences.

The international conference was organised by the Vatican Dicastery for Promoting Integral Human Development, led by Cardinal Peter Turkson, to celebrate the third anniversary of Laudato Si’.

The conference was designed ‘to follow the “see-judge-act” trajectory of the encyclical’ and to ‘to engage persons and groups who can develop the Laudato Si’ message’.

The purpose for the conference, as stated in the official programme, was to communicate ‘a sense of deep urgency and profound concern for the precarious state of our common planetary home.’

Cardinal Turkson, in his opening remarks, stated clearly that the planet was ‘on the brink of an unprecedented global challenge regarding the sustainability of our common home’ which, due to the effects of climate change, now ‘places a question mark on the very future of human existence and its civilization.’  He went on to say that ‘we are running out of time and that we may be condemning future generations to a common home in ruins.’

The organisers also stated that ‘at the end of the Conference, we hope to come up with some concrete and participatory lines of action for the care of our common home, conscious that we need to act as individuals and communities, at the local, regional, national and at international levels.’

It was in this context that I was pleased to be able to share with Cardinal Turkson the progress that has been made across Mercy International Association in promoting reflection and action on the themes of Laudato Si’ through the use of the four stage Process of MIRP (the Mercy International Reflection Process). I was also able to share with him the recently prepared MIRP Handbook which outlines the process in detail and assists the group leaders or participants to engage with the process in the light of the themes and challenges of Laudato Si’.

It was clear that the initiative taken by the Congregation and Institute Leaders of MIA in 2015, which led to the MIRProcess being developed and implemented through 2016-2017, was already fulfilling the hopes for the implementation of Laudato Si’ as expressed above.

What became evident during the excellent presentations at the Conference was the sense of urgency and the need for renewed efforts to engage in further exploration, understanding, reflection and action to address ‘the possible collapse of the planet’.

The facts and presentations put forward at the conference, by both the scientists and by those who are suffering the most profound effects of climate change, were compelling motivations for me to see significant value in our Mercy networks supporting a second phase of the Mercy International Reflection Process, with a renewed focus on the themes of Laudato Si’. 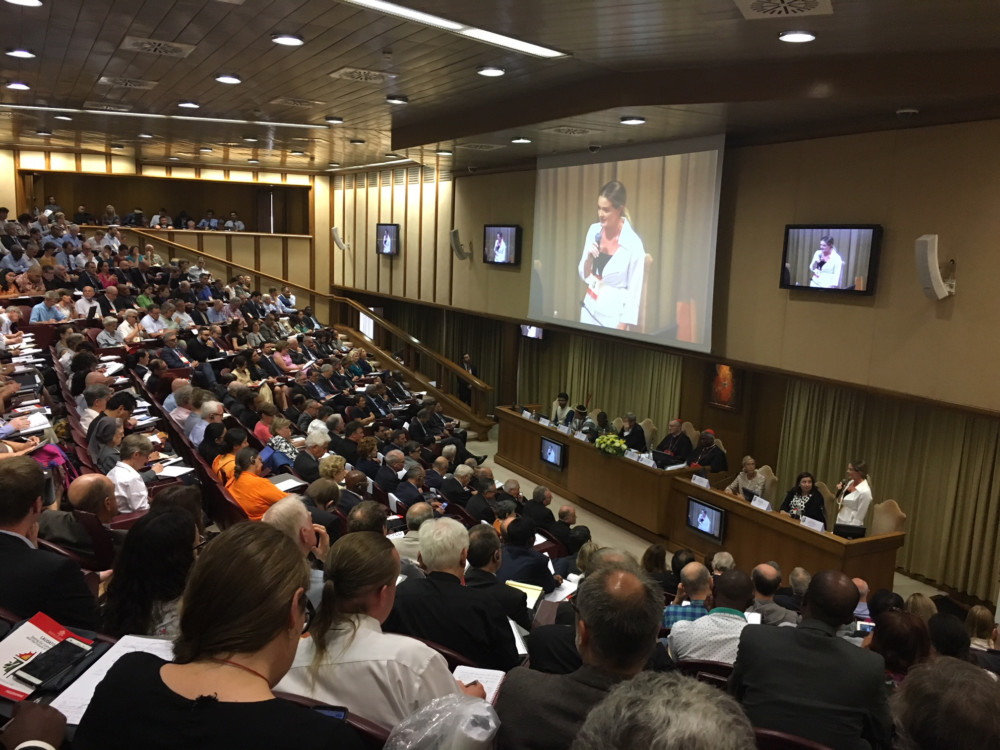 The MIRProcess could extend the reach of its outcomes by engaging new participants in new places to complement the existing groupings.  It could also find the use of the new Handbook to be a great help in implementing the process in new places and with new groups of people.

The urgency of the new scientific data about climate change and the concerns about the targets of the COP21 in Paris not being reached, even by countries who were signatories to the Agreement to reduce carbon emissions, were discussed at the Conference.

The constant theme expressed was concern for the survival of the planet and that ‘integral ecology’ relates to both human and natural ecology as the imperative of the Gospel for our time.  As Cardinal Parolin stated, echoing the words of Pope Francis, ‘the cry of earth is intimately connected to the cry of the poor.’  The clear focus of Catholic Social Teaching right now is unequivocal. 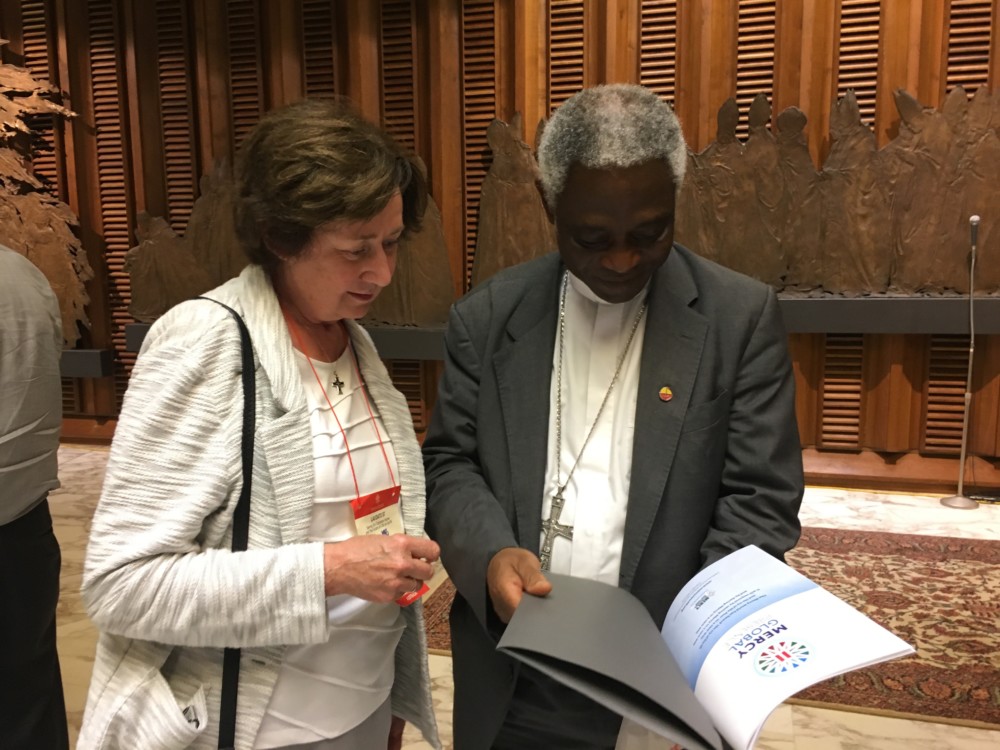 On the morning of the final day of the Conference all participants were invited to meet Pope Francis.  This was a great joy for me and in introducing myself as a Sister of Mercy from Australia I thanked Pope Francis for his leadership in giving us the inspiration of Laudato Si‘.

Pope Francis, in his address to our Conference group said, ‘dear brothers and sisters, challenges are not lacking!  I express my heartfelt gratitude for your efforts in the service of care for creation and a better future for our children and grandchildren.  Sometimes it might seem too arduous a task, since “there are too many special interests, and economic interests easily end up trumping the common good and manipulating information so that their own plans will not be affected” (Laudato Si’, 54).  Yet “human beings, while capable of the worst, are also capable of rising above themselves, choosing again what is good, and making a new start” (ibid., 205).   For “injustice is not invincible” (ibid.,74).

Through our initial efforts to develop and implement the Mercy International Reflection Process across the Mercy world, with its focus on the cry of earth and the cry of the poor, we have begun to address this urgent call to engage with those in our Mercy and faith-based networks to work for ‘the radical change which present circumstances require’ (Laudato Si., 171).

A renewed engagement in this Process, with its call to ecological conversion in the face of the present crisis of our common home, is an appropriate response to these challenges from Pope Francis and all the key speakers of the Laudato Si’ Conference, as together we seek to respond to this unequivocal focus of Catholic Social Teaching in the light of the Gospel.