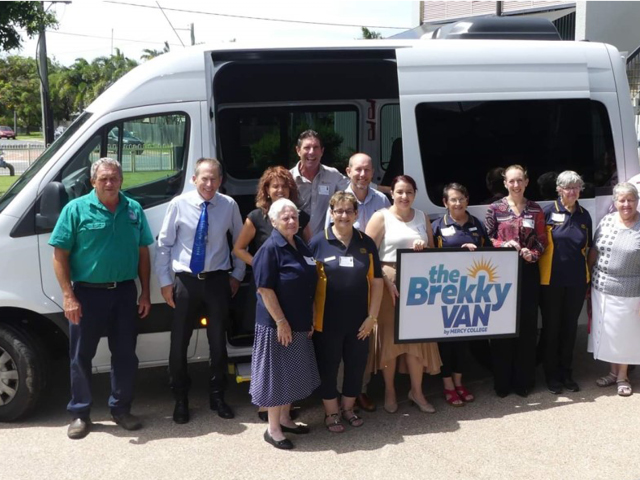 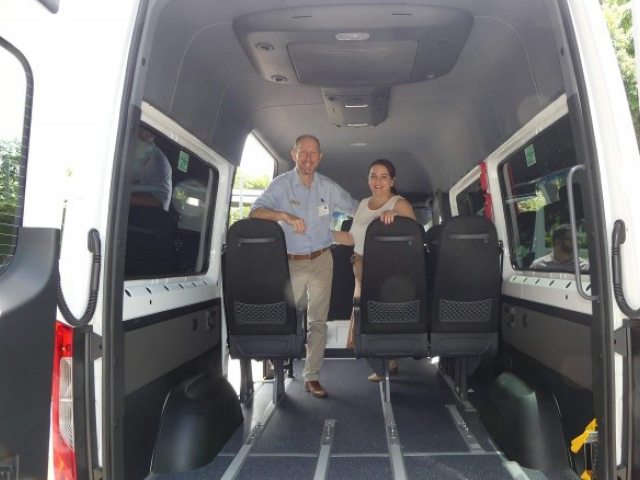 The van will be fitted out with storage and a barbeque.

I live across the road from Mercy College Mackay in South Mackay and have contact with staff and students quite often. About three or four years ago at the Annual Academic Awards Night the Guest Speakers were the two young men who founded Orange Sky Laundry in Brisbane.

In late 2014, the boys installed a couple of washing machines and dryers in the back of their old van and visited parks around Brisbane to wash and dry clothes for free. What started as an idea to improve hygiene standards and restore dignity to people doing it tough has evolved into something much bigger and more powerful.

This important service to the homeless and people in need has been operating here in Mackay for the past three years.

As a result of this address, the staff and students of Mercy College decided to work on a project to work side by side with Orange Sky Laundry in the form of a Brekky Van.

Invitations to the business community were sent out and as I receive the Weekly Newsletter I was in on the project too.

I decided to put in an application with the Institute’s Mercy Action Support Fund (MASF) for $5000 at the end of 2018 to start the ball rolling. I’ve been told by the College that the Mercy Sisters were their first sponsors.

About five or so Mackay Community Businesses came on board in 2019 and at the end of last year word came through that there was enough financial support for the project to become a reality.

About two months ago, two of the teachers flew to Brisbane to collect the van and drove it back to Mackay.

While in Brisbane the teachers met with Nudgee College for Boys and St Rita’s College for Girls to see how they operate their Van in Fortitude Valley Brisbane.

Two weeks ago, the college held a Morning Tea for the Sponsors and gave an update on the project. Sr Margaret Graves and I were able to attend.

We were able to see the van and hear that it has now gone to a fabricating business to be fitted out with storage and a BBQ .

The van will cater for two teachers and four students to minister to the homeless alongside Orange Sky Laundry 5 mornings a week from 6.00-8.00am at St Vincent de Paul Welfare Office in South Mackay.

The Head of the Maintenance Department has trained as a security officer and will be present at all shifts.

This year all Year 10 Students will have one chance of ministering at the service.

Three mornings a week Mercy College will serve those in need and the other two mornings will be served by St Patrick’s College Mackay.

Because the project was started a couple of years ago many of the students at St Patricks’ attended Mercy College and were keen to have the chance to be part of the service to the homeless and those in need.

It was hoped that this would all be up and running in Term 2 which we now know is not a possibility but it will happen in good time. At the end of the meeting I thanked Mercy College on behalf of all of us for carrying on the Mercy charism which they do so well. I am sure Catherine McAuley is smiling down on them.

We wish Mercy College Mackay every blessing as they begin this new venture and really live out what Catherine founded us for – A great love for the poor.