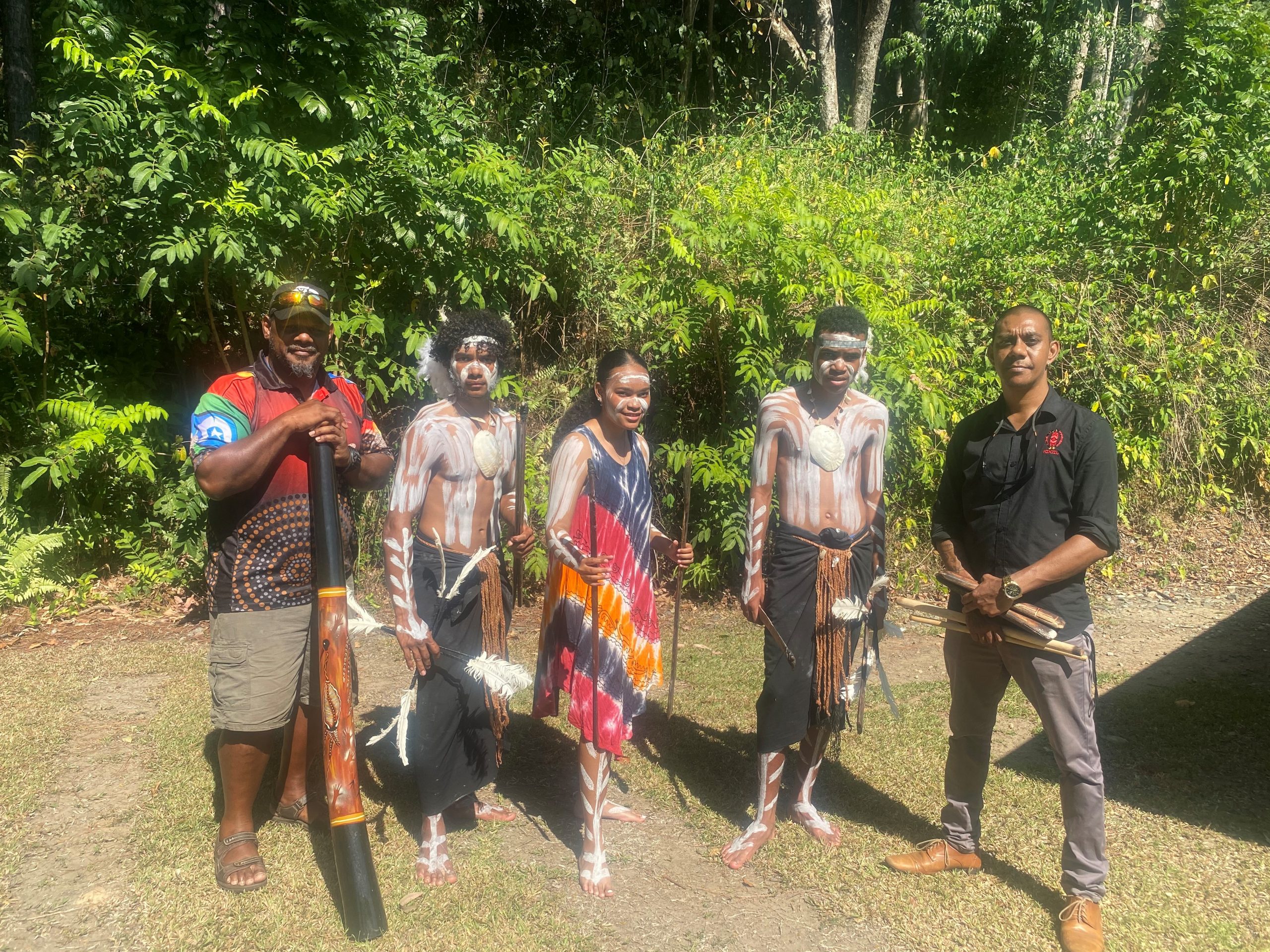 On Friday November 6, Seville Conference Centre in Cairns was delighted to host two events that  shared knowledge and learnings on the local Indigenous culture.

Cairns is home to the Gimuy-Walubarra  and Yidinji people who are the traditional custodians of the district.

Seville was hosting two events on that Friday.  One was the Catholic Education Services Principals’ Conference and the other was to Good to Great School Program.  This Program involved students, both Aboriginal and non-Aboriginal, from disadvantaged primary schools who were at ‘band camp’.

When the representatives of the Principals’ Conference learnt that the students would also be onsite on the day, they invited them to join them for a performance by Carl Fourmile and his team from Minjil – a company that does indigenous dances and ceremonies.

Carl and his team carried out a traditional smoking ceremony, including demonstrations of lighting a fire with the fire stick and then performing two dances:  the Cassowary and the Sea Eagle. 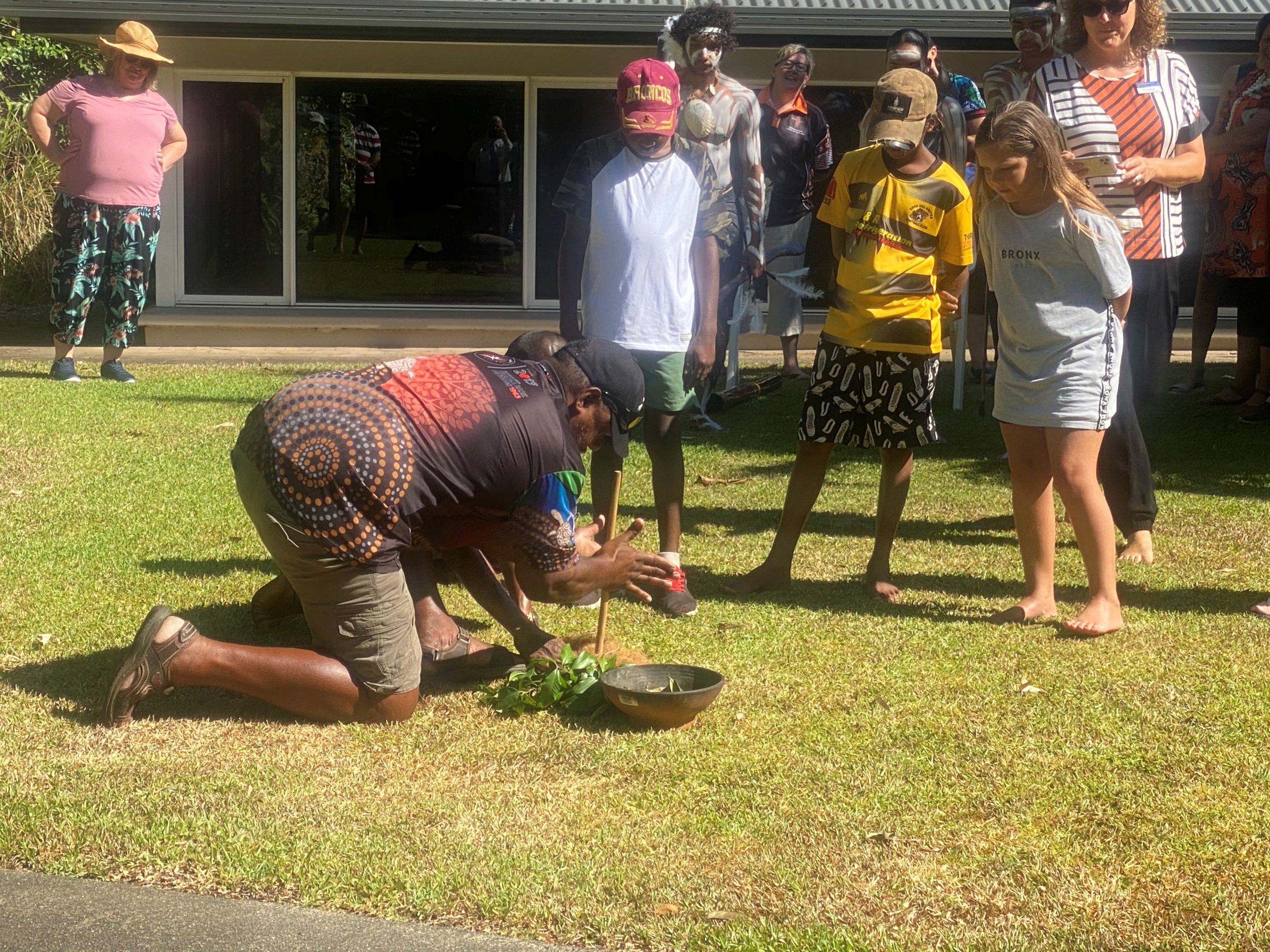 Members of Minjil using traditional methods to start a fire 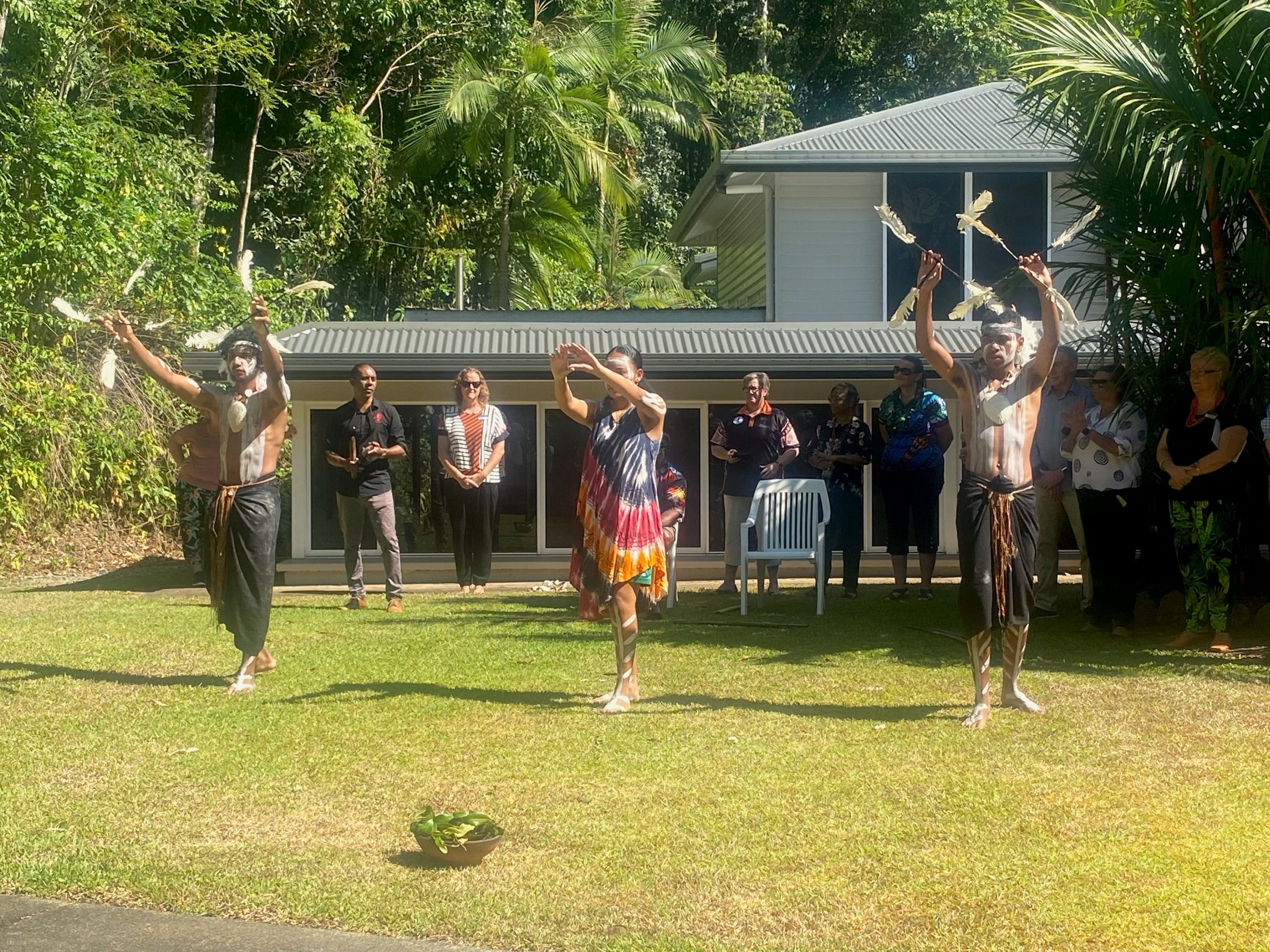 This was a great opportunity for all present to learn more about the Indigenous culture as well as the local language.

Seville will continue its connection with Minjil in the construction of the ‘Reconciliation Garden’ as well as assistance with future camps and retreats.

To watch a video of some of the activities that took place, click on the arrow below