In Memory of Lives Lost in the Melbourne Rampage 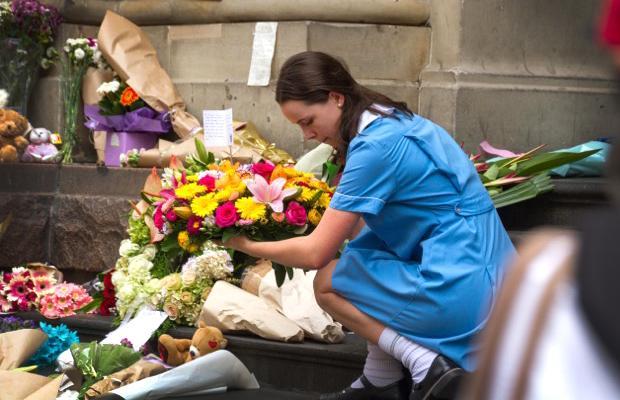 Academy of Mary Immaculate Student Lays Flowers at the Memorial

On Friday 20th January, 2017, the Institute joined Australia in shock as news came in about the tragic massacre in Melbourne’s Bourke Street Mall. The awful event claimed the lives of six innocent people and injured many others. Our thoughts and prayers go out to all of those affected by this tragedy.

On behalf of the Academy of Mary Immaculate community, the 2017 College Captain (pictured above) joined thousands of people in contributing a floral tribute at Bourke Street Mall to convey the schools deepest sympathy to all those affected by the tragedy.

Melbourne based Group Executive Officer of Mercy Health, Stephen Cornelissen, has expressed his heartfelt thanks and admiration to the Mercy Health emergency and health services individuals who were there to respond, help, and care for those involved.

“There are so many more victims of this terrible event – the families and friends of the victims, those who witnessed the horror firsthand, the police who tried so hard to protect the public, even the family of the perpetrator – who will suffer for many years to come,” said Stephen.  “They need the ongoing support of the entire community.”

“This event is also a reminder of the fragility of health, whether mental or physical, and the critical importance of timely and appropriate care: an asset out health system must continue to enhance and protect.”

Plans are currently underway to erect a permanent memorial for the victims of the Bourke Street Rampage.