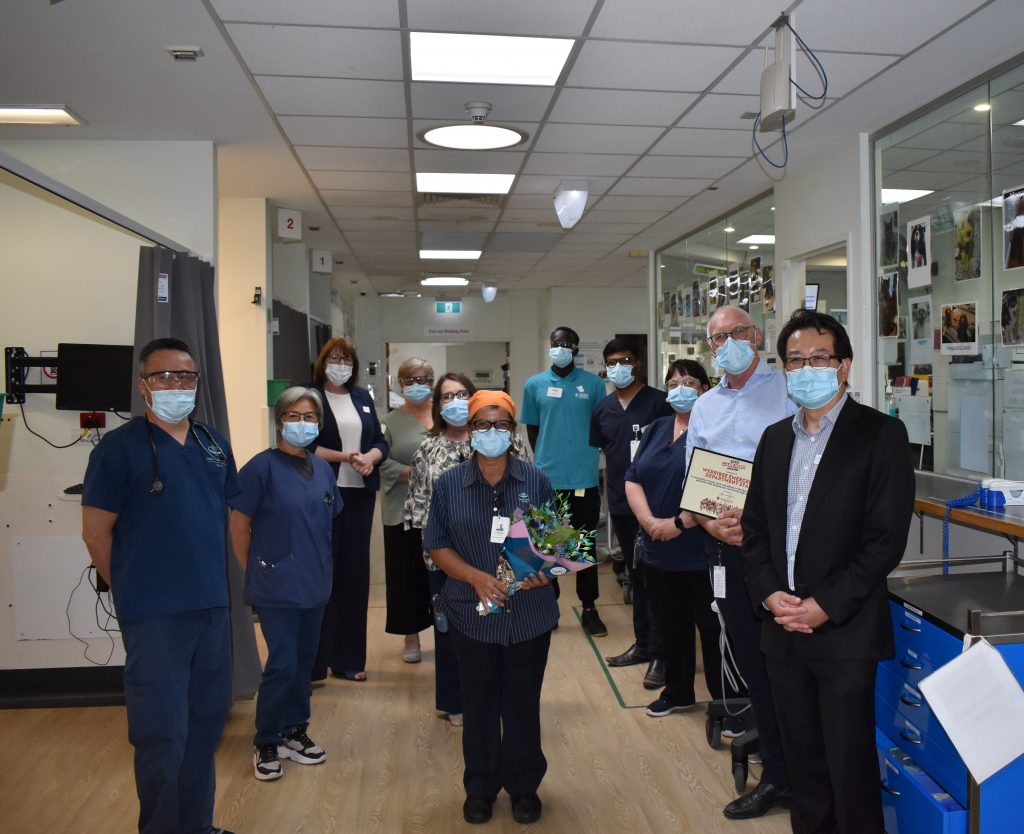 Members of the Werribee Mercy Hospital Emergency Department with the Award

Werribee Mercy Hospital’s Emergency Department, which stared COVID-19 in the face throughout the year, is the first recipient of the Lalor Hero Award for 2020, an award that recognises local heroes’ service and contribution to the Lalor electorate community in Melbourne’s West.

Accepting the award, Emergency Department Nurse Unit Manager Lynn O’Neil said that while the award was a tremendous honour, every Mercy Health staff member deserved the recognition, not just those who work within ED.

“We stepped up to the plate, and we know that, but equally we are proud and humbled by the response and gratitude we received from the community,” she said.

“Given the year we’ve endured, and the significance of the hospital’s role, it was not difficult to choose the Emergency Department as the award’s first recipient,” Ms Ryan said.

“It’s well documented that Melbourne’s West was a hotspot during the peak of COVID-19 but the community was protected by WMH.

“From all reports the treatment was well above par and was everything it was meant to be,” Ms Ryan said.

“The hospital has a wonderful compassionate, caring and professional team,” she said.

“I spent time in the ED during the year with a broken wrist. My mother has also been hospitalised. I consider it my hospital and you do a marvellous job,” she told WMH staff.

“We understood the battle we faced and appreciated how important it was to work as a team. It was a tremendous team effort,” he said. 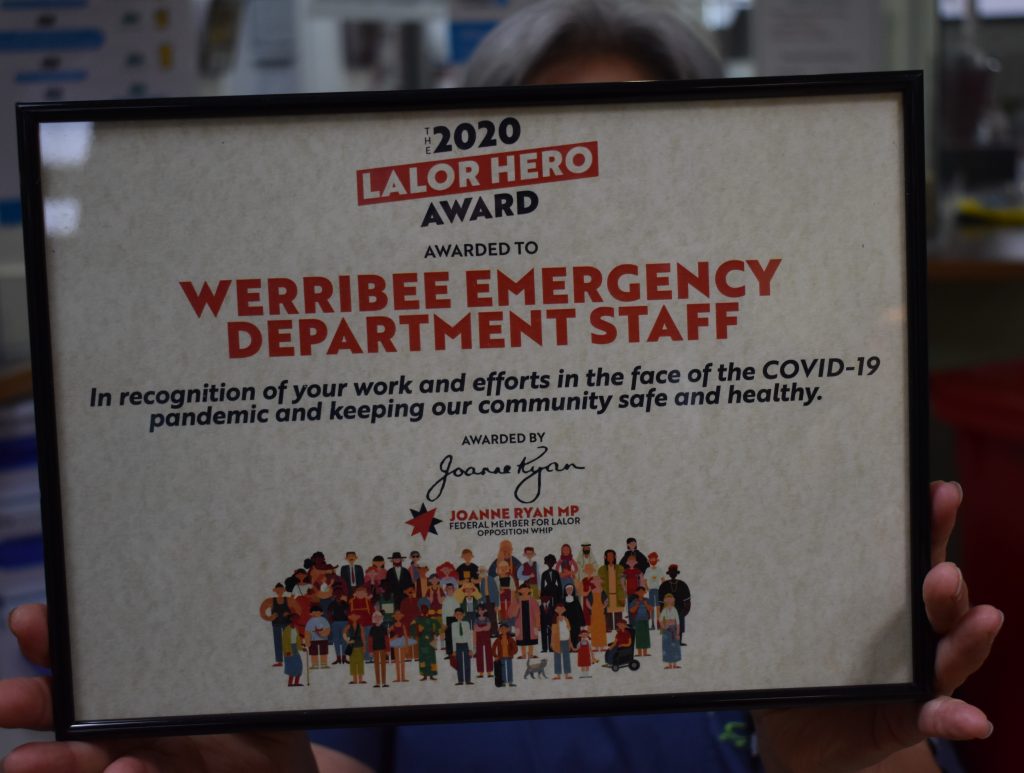