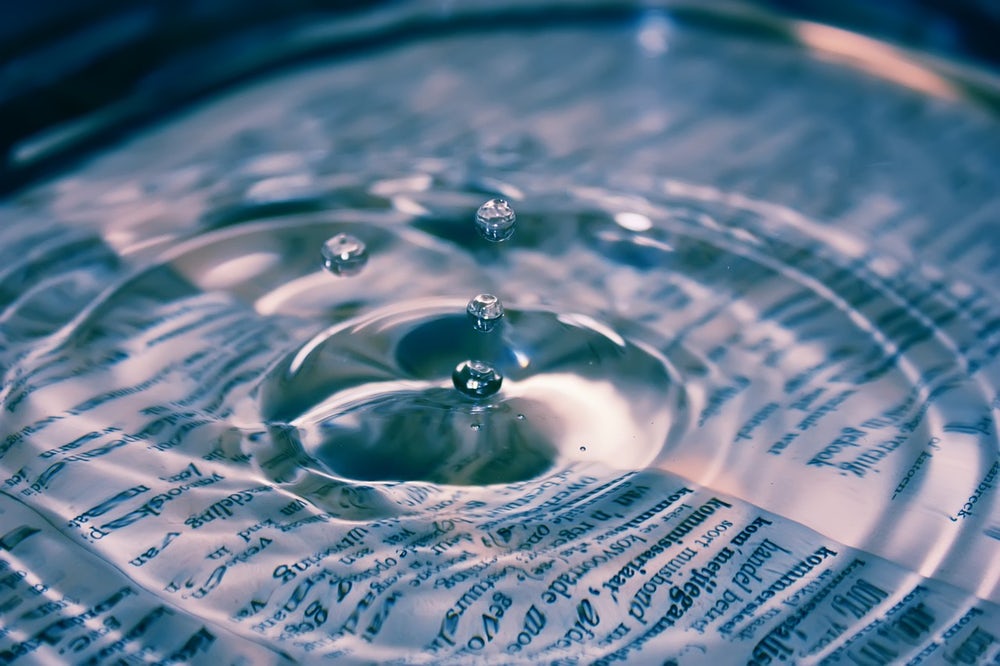 An article from Patricia Powell RSM discusses the relationship between Earth, Water and Human Consciousness, her personal connection to water and drought in NSW.

I’ve always been fascinated by water. Perhaps it’s because my star sign, Scorpio, is associated with the element of water! Whatever of that, water has always been a powerful image and experience in my life. Recently in the cool of the evening, I took a drive out to Chifley Dam about 20 kms south of Bathurst. The dam is the city’s water supply. It is also a recreational area for fishing, boating and swimming. But currently the water is out of bounds because of blue-green algae blooms, and a water level of 51.5% and dropping.  Bathurst is on level 3 water restrictions – the first time since I can remember. The city sits on a flood plain in Central Western NSW, so water used not to be a problem. But officially, the whole of NSW is now in drought. Water is shaping up to be a major election issue in 2019. 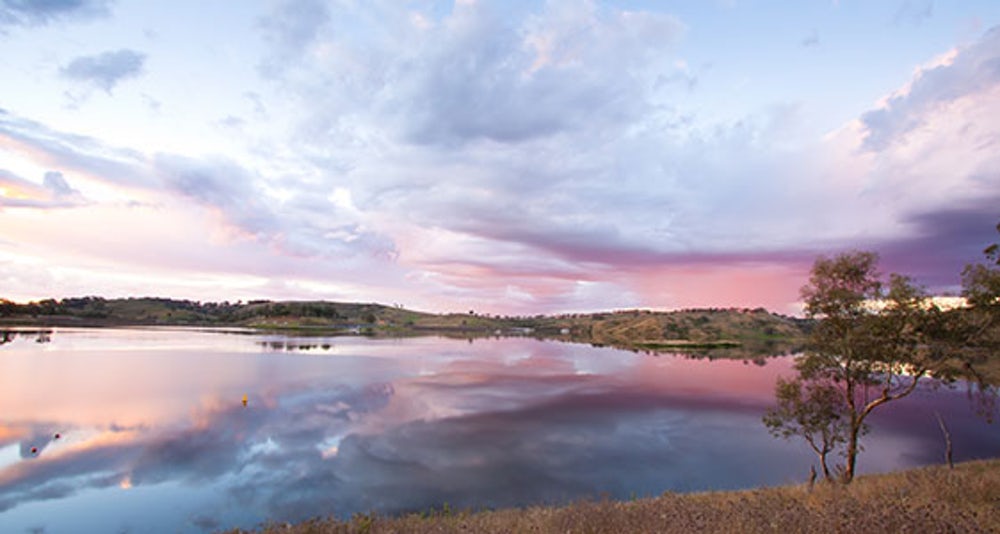 Chifley Dam is on the Campbells River, just below the junction of the Fish and Campbells Rivers, which marks the beginning of the Macquarie River – our River – the Wambool to thousands of generations of Wiradjuri. The river rises in the central highlands of New South Wales near the town of Oberon and travels generally  northwest past the towns of Bathurst, Wellington, Dubbo, Narromine, and Warren to the Macquarie Marshes. The Macquarie Marshes then drain into the Darling River via the lower Barwon River upstream of Brewarrina – all part of the Murray-Darling Basin. It’s an extraordinary inland river system – fed only by rain and aquifers. Australia left all its glaciers behind in the Antarctic when the movement of the tectonic plates broke up the super continent of Gondawana. It’s an old, slow waterway that winds lazily across plains and through valleys, which it carved into the landscape millions and millions of years ago. It’s a river system that demands respect and even reverence because of its venerable age and beauty and because it brings to life the dry, often harsh land through which it flows. Inland Australia is predominantly desert.

It was during what has become known as the Millennium Drought of 1996-2010, that the former Bathurst Mercies decided to dedicate their 4.7ha property, St Joseph’s Mount to environmental education and awareness-raising. The ministry was called Rahamim, a Hebrew word for Mercy, and the Sisters’ traditional works of Mercy were expanded to include the planet, its life forms and life support systems. The project began with the aim of better caring for this undeveloped block located in a residential area of South Bathurst.  Because of the number of well-established trees on the property, locals call it “the lungs of South Bathurst.” St Joseph’s Mount sits on a granite hill, so much of the property had become degraded through erosion. As a consequence, lack of biodiversity was also a problem.  So, the first challenge that had to be met was to capture, store and diffuse water when it rained, slow the movement of water across the property and increase the soil moisture levels. The plan was to develop a water sensitive urban design for the property. 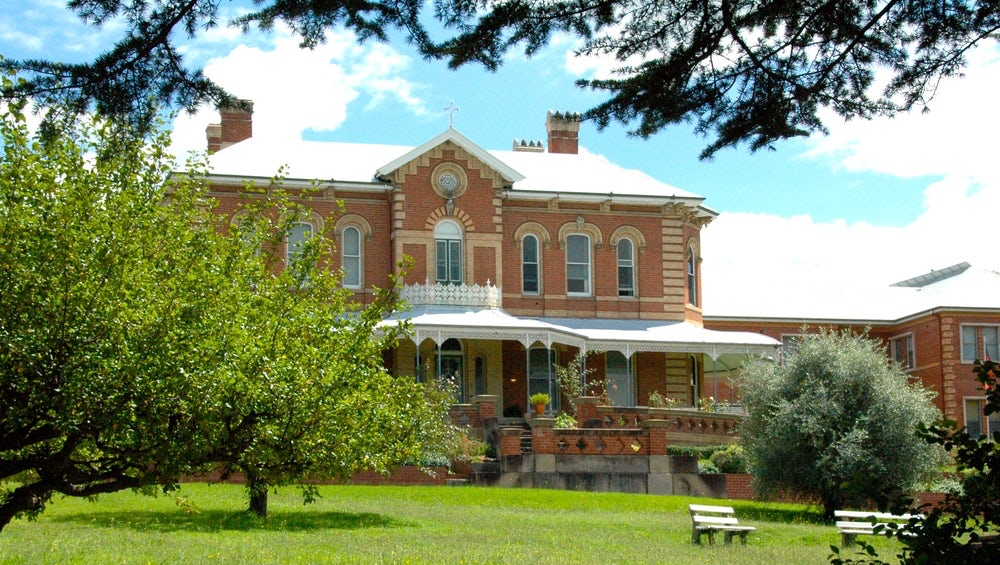 Peter Andrews provided some assistance in identifying natural landscape functions, which he had learned growing up among Aboriginal people. The aim was to work with the functions which the Australian landscape had adapted. In order to capture and store precious water, an underground cistern, part of the original house, was recommissioned. Three other above ground tanks were strategically placed around the property and a reed bed to purify grey water from the laundry was constructed. To slow the movement of water across the property so that the top soil was no longer carried out the front gate, and the animals and plants could use the water before it continued on its way down into the Vale Creek and then onto the Wambool, three leaky dams were installed.  A series of swales followed the natural contours of the land. A water habitat was created and several in-ground diffusion tanks were laid. A drip-feed watering system, powered by a solar windmill kept the plants in the heritage and community permaculture gardens alive, and a native tree and shrub planting project was undertaken to cool the site in hot weather and create a microclimate. The biodiversity of native birds and other creatures increased exponentially heralded, in the first instance, by the croaking of frogs from every watering hole on the property.  The existing trees and grasses grew much healthier as a result of these measures.

As this project unfolded, input from a number of scientists and water experts helped with understanding how unique and fundamental to earth and life the element of water is.  Walter Jehne from the Sustainability Science Team in Canberra cautioned that in order to be sustainable, water systems and agriculture need to be designed in harmony with availability and known facts about water: Water has differentiated the ‘blue planet’ for over four billion years with the same molecules, forming the only inorganic liquid occurring naturally on earth. Water covers over 71% of Earth’s surface in liquid to a mean depth of some 4 kms. Much of its potable fresh water, however, is polluted. It provides 12% of the planet with solid reflective ice and snow (significant for mitigating global warming). Variably it covers some 50% of Earth’s surface as clouds – a most amazing water storage system suspended in the atmosphere. And it drives much of Earth’s geomorphology through its erosive effects.

Furthermore, water, because of its bipolar structure and bonding has unique chemical properties that enable it to act as a stable but universal solvent and to exist on earth in either liquid, solid or gaseous forms. The abundance of water and its unique heat absorption quality make it fundamental in governing and buffering the global climate, resulting in our relatively stable atmosphere and temperature for billions of years.  It regulates over 90% of the global heat balance (relative to 4% for carbon dioxide.)  Water serves as the basic incubator and medium for life, creating the stable environment for evolution to have occurred. Without water there is no life.

If energy rather than matter is the building block of the universe, and contemporary physics asserts this is so, water displays amazing spiritual properties. Dr Masaru Emoto was a Japanese author and entrepreneur who said that human consciousness has a positive or a negative effect on the molecular structure of water. Although some scientists have called into question the controls of Dr Emoto’s experiments, other scientific studies have shown that water, not only has memory but its structure is affected by the emotions of people. The water molecules change their position when they interact with positive or negative emotions. May we learn in this time of drought and global warming to value water for its own sake, not just for its usefulness to us.