These reflections were played at our Farewell Mass.

St Teresa’s School Brighton in South Australia was formed in 1915 by Sisters from Broken Hill who were on holiday in Adelaide and decided that Brighton needed a school.  After 104 years of Catholic education, St Teresa’s School is closing as it joins with nearby McAuley Community School in Hove.

The school’s closure follows the establishment of McAuley Community School, a Catholic school in the Mercy tradition, at nearby Hove.

The state-of-the-art R-6 school and Alive Early Learning Centre has been built on the site of the former Marymount College following its amalgamation with Sacred Heart College.

Delivering the reflection at the St Teresa’s School farewell Mass, Marie Ralph RSM remembered “with gratitude” the Sisters and all staff members of St Teresa’s over the years.

She said the Sisters cherished to this day the “beautiful relationship” between the Sisters of Mercy of Broken Hill and the people of Brighton.

The Sisters of Mercy from Wilcannia-Forbes Diocese moved into their convent in Old Beach Road on October 15, the feast of St Teresa of Avila, and named the convent and school after her. At time there was no parish of Brighton or church, and the convent chapel became the first Mass centre. The school was opened the following year, serving the semi-rural suburb which comprised dairy farms, orchards and vineyards.

As Brighton developed into a popular beachside residential area, the school moved from a small detached cottage in the convent grounds to a converted conservatory, which also served as a church for many years. The first classroom was built in 1950 and the next in 1961. After modifications in 1977 and 1979, a major building project was undertaken in 2005. This year the school had 287 students enrolled in Reception to Year 6 classes.

The Sisters of Mercy administered and staffed the school until 1976, when the first lay principal, Kevin Clancy, was appointed.

Sr Marie paid tribute to the leaders of the school community, in particular the first principal, Mother Mary Gallagher, and the last Religious principal, Sr Mary Barnett, as well as the current principal Peter Mercer.

She thanked the lay principals for ensuring the Mercy spirit remained “alive and well” at St Teresa’s and said she was confident this would continue at the new school named after the founder of the Mercy Sisters, Catherine McAuley.

“The new school will have strong leadership and the Mercy spirit will flourish,” she said.

“Loving kindness will be a special feature.” 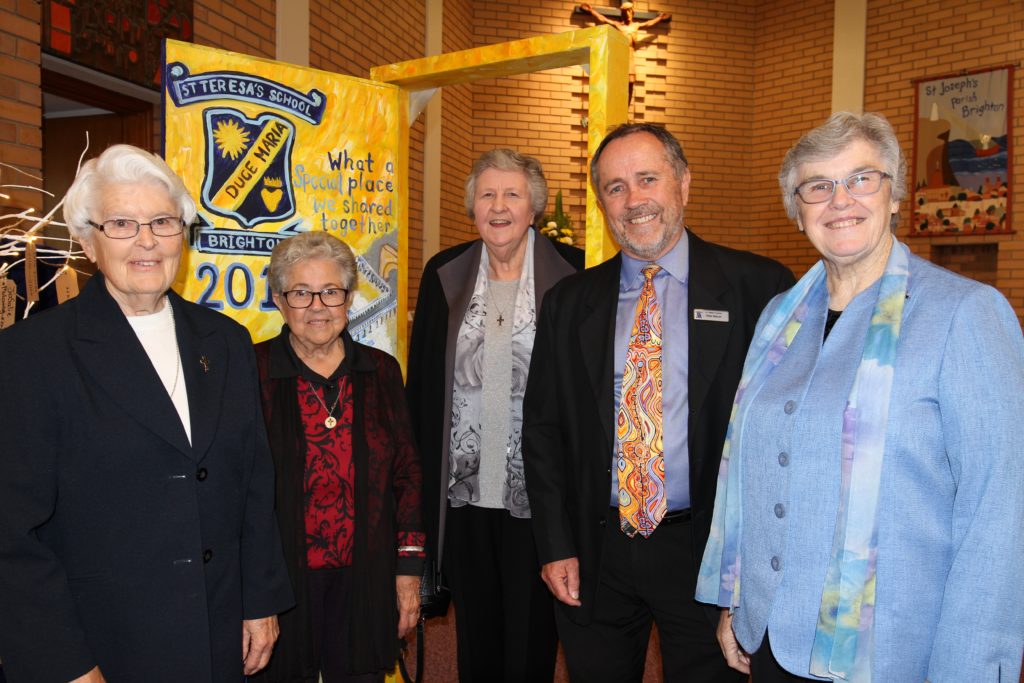 Click on the arrow on the video player at the top of the page to watch a commemorative video.