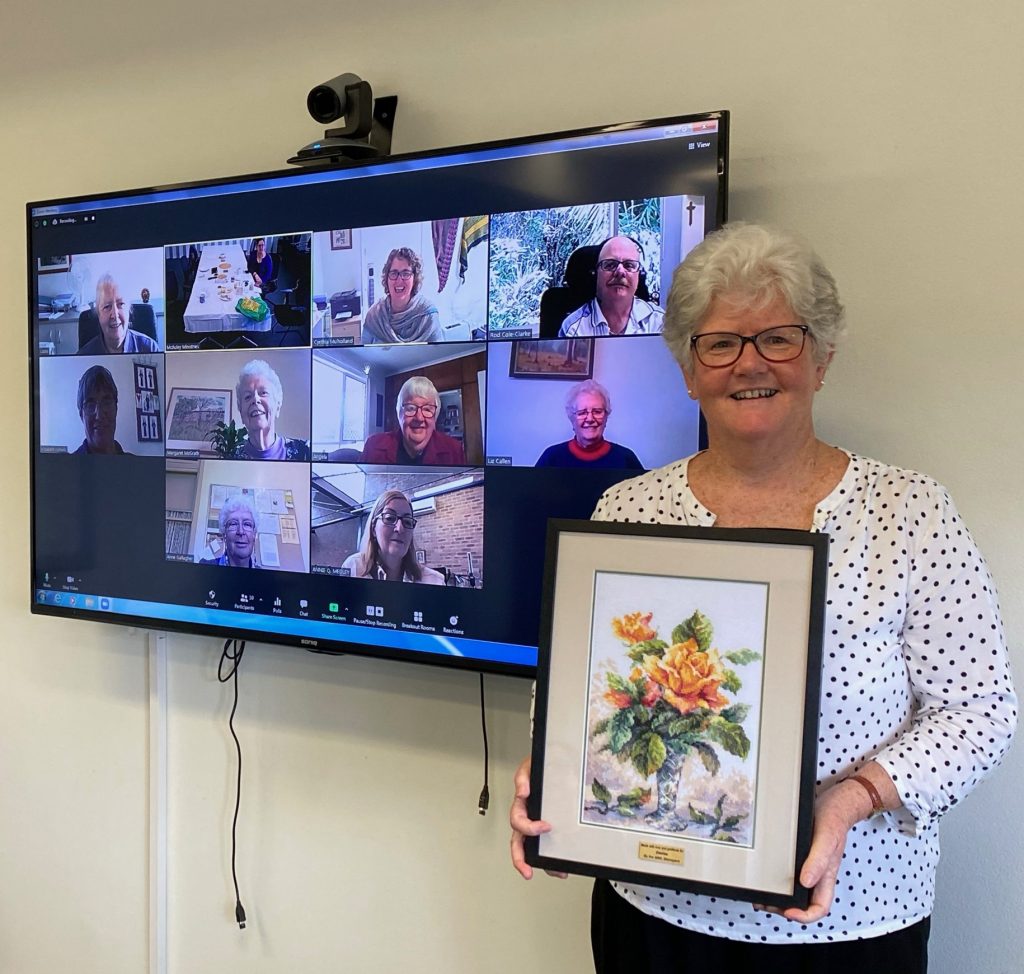 Later this month, Denise Fox RSM returns to her homeland of New Zealand, after eight years of ministry here in Australia, including the past six years with the Institute.

Denise Fox RSM is looking forward to being able to see her family and friends more regularly, when she returns to Wellington, New Zealand, later this month.

After six years as Chief Executive Officer of McAuley Ministries Limited (MML), she says the richness of her role has been the diversity, high quality of ministry and the energy and commitment of the people who came under the MML umbrella.

“During my time as CEO, I described MML as an oil can, putting cogs in the wheels to enable the ministries of MML to serve their clients.

“Some of the faces of MML have changed over my time, but the core values and focus on people has remained strong,” Denise said.

MML was setup in response to a need identified by the former leadership team at a time when the Institute was still very much in its formative stages.

“The ministries within MML includes site-based ministries such as retreat and conference centres, as well as individual sisters providing diverse and effective ministries.

“All of them are very different expressions of the Works of Mercy,” she said.

Denise said it has been such a joy that through this role she was able to contribute to the growing identity of the Institute.

“The past six years have flown by as there has never been a dull moment.

“One of the many aspects of the role I have treasured has been working with the many wonderful networks within the Institute, not only in MML, but also with the other CEOs of the Institute’s ministries and the Institute staff.

“I will also forever be grateful for the way in which the Sisters of the Institute made me feel so welcome and part of their community.

“Having been lucky to travel to a number of Mercy Congregations around the world, there is always a wonderful feeling of being at home, no matter where in the world you are,” Denise said.

Denise’s final year in the role as CEO, has come at a time when all of us have had to find news ways of connecting and working due to COVID-19 and the ministries of MML have been no different.

“What has been remarkable is the way people have been able to adjust by delivering their ministries online, whether it be online retreats, spiritual direction, music lessons or facilitation.

“Many of them have also contributed to the Institute’s successful Zoom program over the past six months which has sought to maintain connection and has created new ways of building community”, Denise said.

When asked if there is anything she won’t miss about Australia, Denise laughed and said,  “I won’t miss the acronyms!”.

“Maybe it has something to do with the size of Australia compared to New Zealand and the busier life that goes with it, but Australians love to use their acronyms!”.

Over the past few weeks, a series of farewell gatherings have been held for Denise via Zoom, as well as in person.

The MML Managers recently held a farewell at which Denise was presented with a cross stitch, that included stitches that each of the Managers had added to the work.

More broadly, a virtual morning tea with all of those connected with MML has been held, with those that were not able to attend sending in recorded messages.

The Institute will be having an official farewell for Denise at Stanmore in the middle of this month.

On her return to New Zealand, after completing 14 days quarantine in a hotel in Auckland, Denise said she is going to take some time to re-establish herself in her own community and culture.

“First, I am going to spend the 14 days in the hotel quarantine catching up on some reading and Netflix!

“Then it is time to settle back into Wellington and see what opportunities open up,” she said.

In summing up her time in Australia, Denise offers a Maori whakatauki (proverb) which she says talks to community, to collaboration and a strengths-based approach.

“It acknowledges that everybody has something to offer, a piece of the puzzle, and by working together we can all flourish –