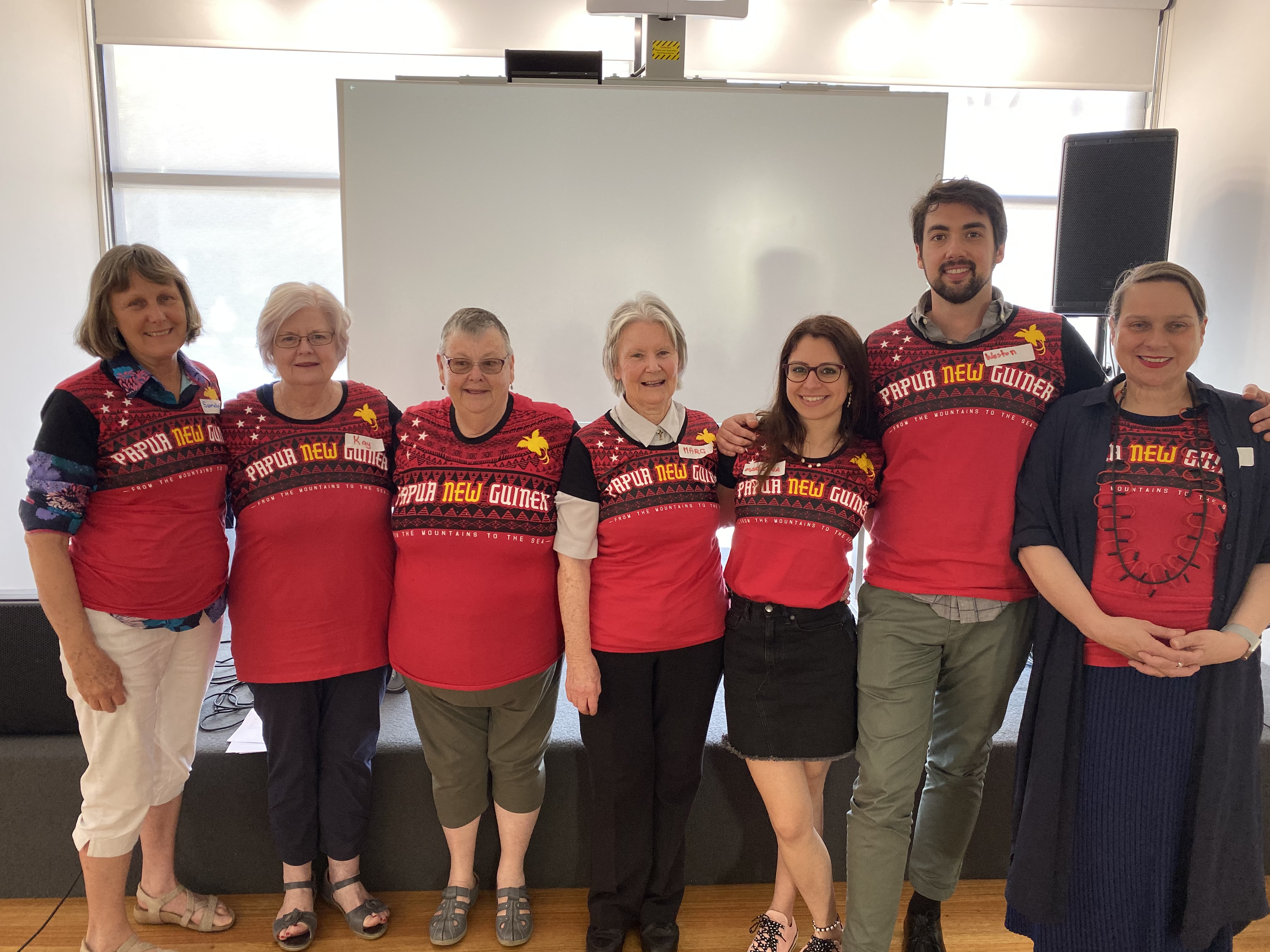 Sisters and friends gathered last week at the Mercy Hub in Carlton North to celebrate the recent opening of three cookhouses in Papua New Guinea and to hear about plans for more in the future.

Cookhouse n Tanks a Lot (CTAL) Leader, Margaret Ryan RSM painted the picture about how these wonderful projects came about.

“My story is that I was up in Papua New Guinea in my younger years, nursing on the north coast. I hoped to go back but it never happened. Then in 2014, I returned with ICS industries team who were constructing a teacher’s house in the Hela province. While we were there, the local women showed us what they were cooking on – a rusty 1940s wood stove covered with a tarp. Together they were trying to cook shared food in it – about 20 of them!. They asked us if we could give them a new wood stove. They needed more than stoves- at least a roof over the stoves as well. We realised that what was required was a proper cookhouse.

Sr Margaret said that when she got back to Melbourne, by the most extraordinary act of providence, then Community Leader Faye Kelly RSM was instigating a reflective process setting up a ministry centre in Melbourne, which eventually led to the establishment of the Mercy Hub in Carlton North.

“After locating my ministry work in the Hub, I walked around the streets looking for an architect who might help us with adjusting the original plan to accommodate the timber lengths available in Papua New Guinea. Again by divine providence, the first door I knocked on was a practice two blocks away and the principal who answered the door was Enza Angelucci, M.Arch., an outstanding former Mercy student of the Academy of Mary Immaculate, with parents living in Mercy Place Parkville. Enza also lectures in architecture at RMIT.

“I asked Enza if she could help and she said indeed, ‘I can help you, I would love to do it!’.

“So Enza helped us with the architectural plans and also went up to Papua New Guinea with us. She built a team around her of an environmental engineer and structural engineer to assist with the project. So we have been doing very well!  The fundraising program is supported by some of the committee members who worked with me in managing the volunteer resource program for the city of Banyule. Their expertise is invaluable.

In the intervening five years, three cookhouses have been fully funded and constructed.

“The primary purpose of the cookhouses is to enable the mothers to vary and improve family nutrition, especially for themselves in their reproductive years. In discussion with them, it seems they will be used as a social centre for the women and , with help, they intend to manage short community education courses in areas of interest to them,” Sr Margaret said.

In September, Sr Margaret, Enza and the team joined in the celebrations for the blessing and official opening of the cookhouse in Ouamug village in the Western Highlands, and Goglme in the Chimbu. The  Pumakos cookhouse opening is awaiting the opening of the new Sister’s house.

The next cookhouse is planned for Posulim village in the Southern highlands province.

“We hope to begin there early next year once we have the funds to begin.  So your donations are very welcome!”, Sr Margaret said.

In addition to Sr Margaret, presentations were delivered by Enza, Sandra Young and Weston Lewis. Enza reviewed her own design in relation to the traditional architecture of the Highlands villages. Sandra ‘s interest is the regional and international networks of support for the development of rural women and their local organizations. Weston spoke on sustainability and alternative energies.

The highlight of the October 24 gathering was a video, that was beautifully put together by Marilina Larcinese of Angelucci Architects that captured the spirit of the September blessings and openings. The music in the video is “Wan Kantri” by Bariki Band.

To view the video click on the arrow below –

Please use the following bank details to make a donation:

Thank you to our Major Donors –  The Institute of Sisters of Mercy of Australia and Papua New Guinea; the Catholic parishes of St Francis Xavier, Montmorency; St Thomas the Apostle North Greensborough; Christ the Light Mernda/Doreen/Whittlesea/ Kinglake;  and St Patrick’s Mentone and Catholic schools, Doreen, Whittlesea, Bridgewater and New Norfolk. 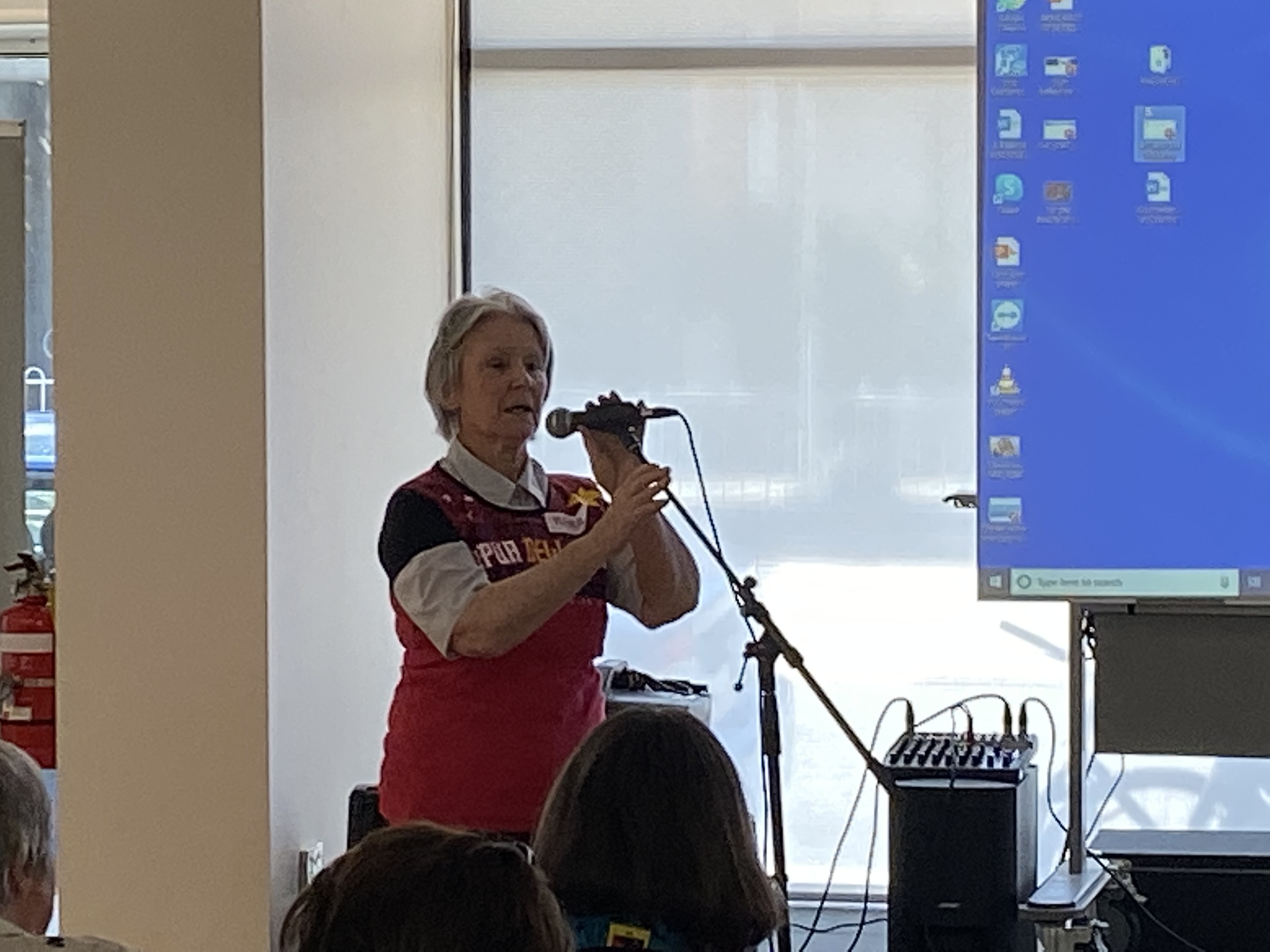 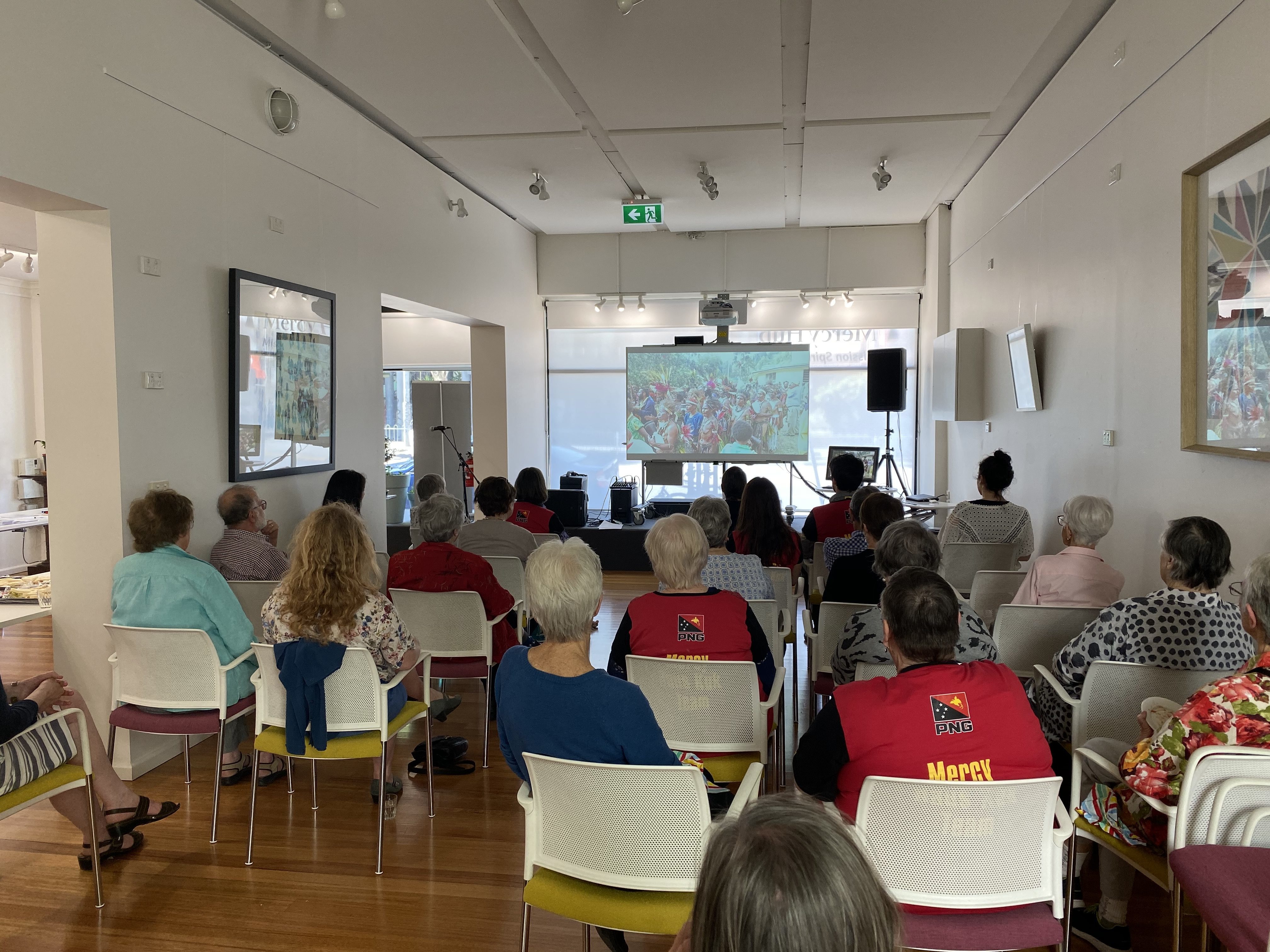 Watching the wonderful video prepared for the occasion. 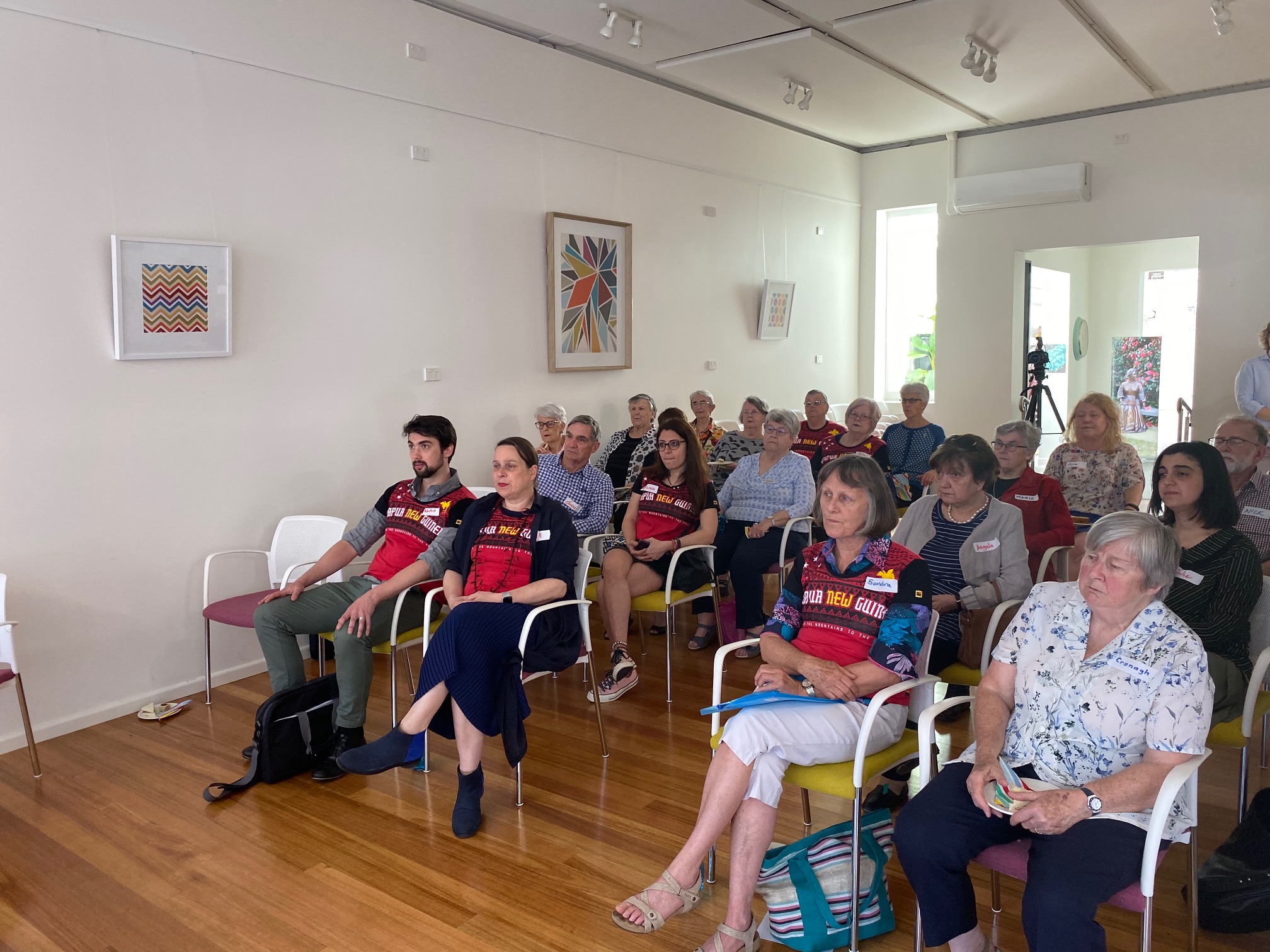 Watching the video presentation at the Mercy Hub 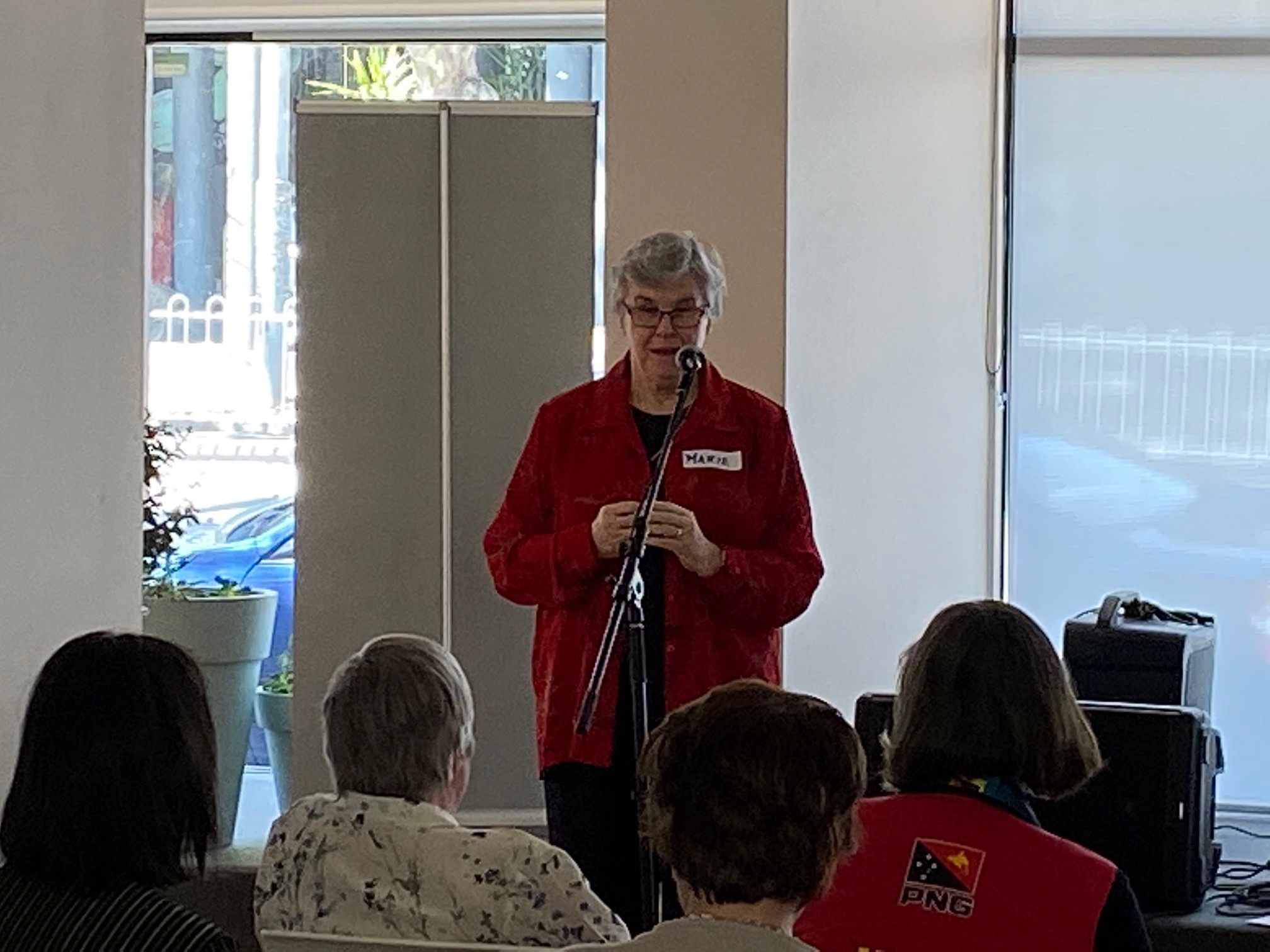 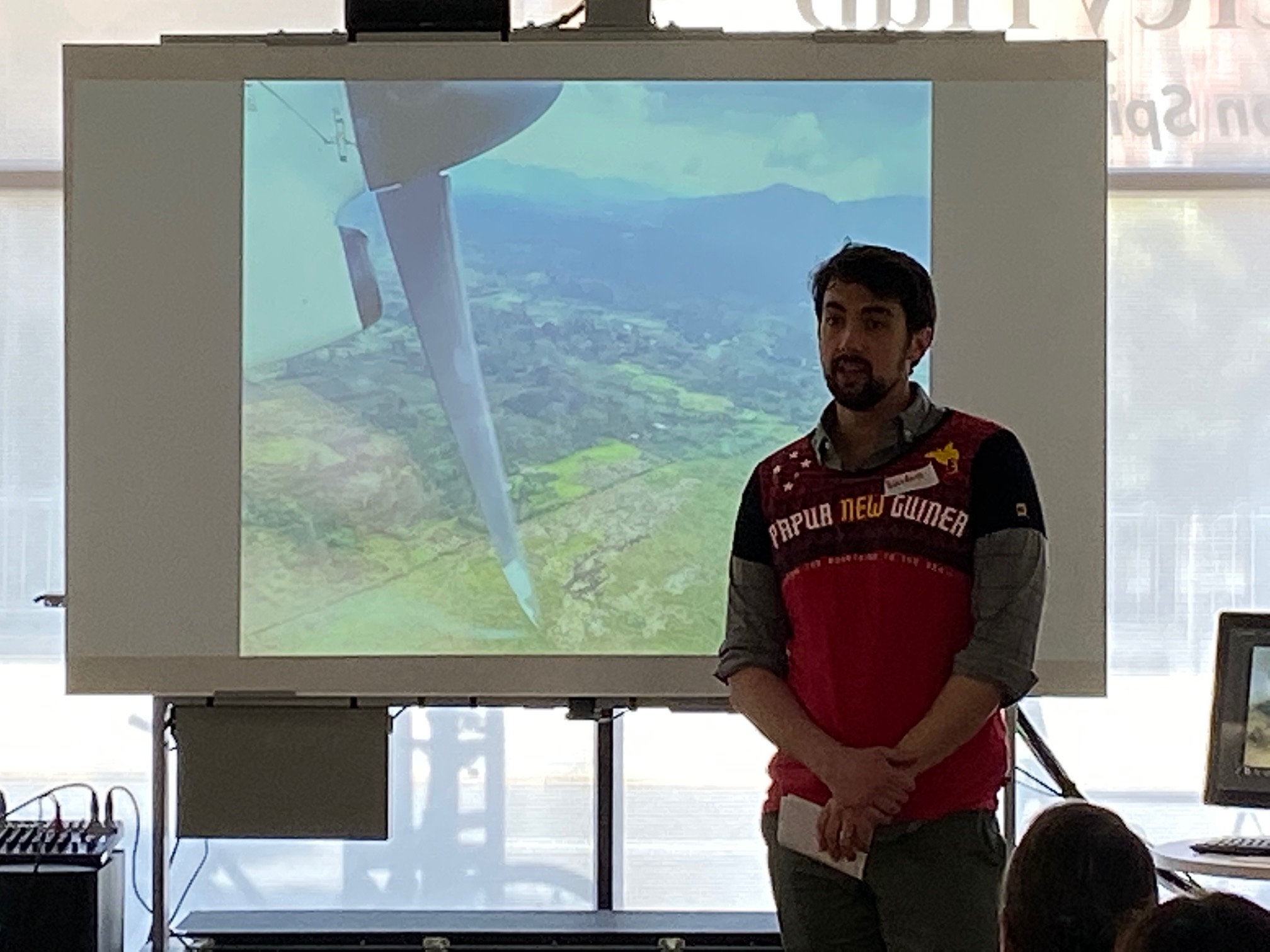 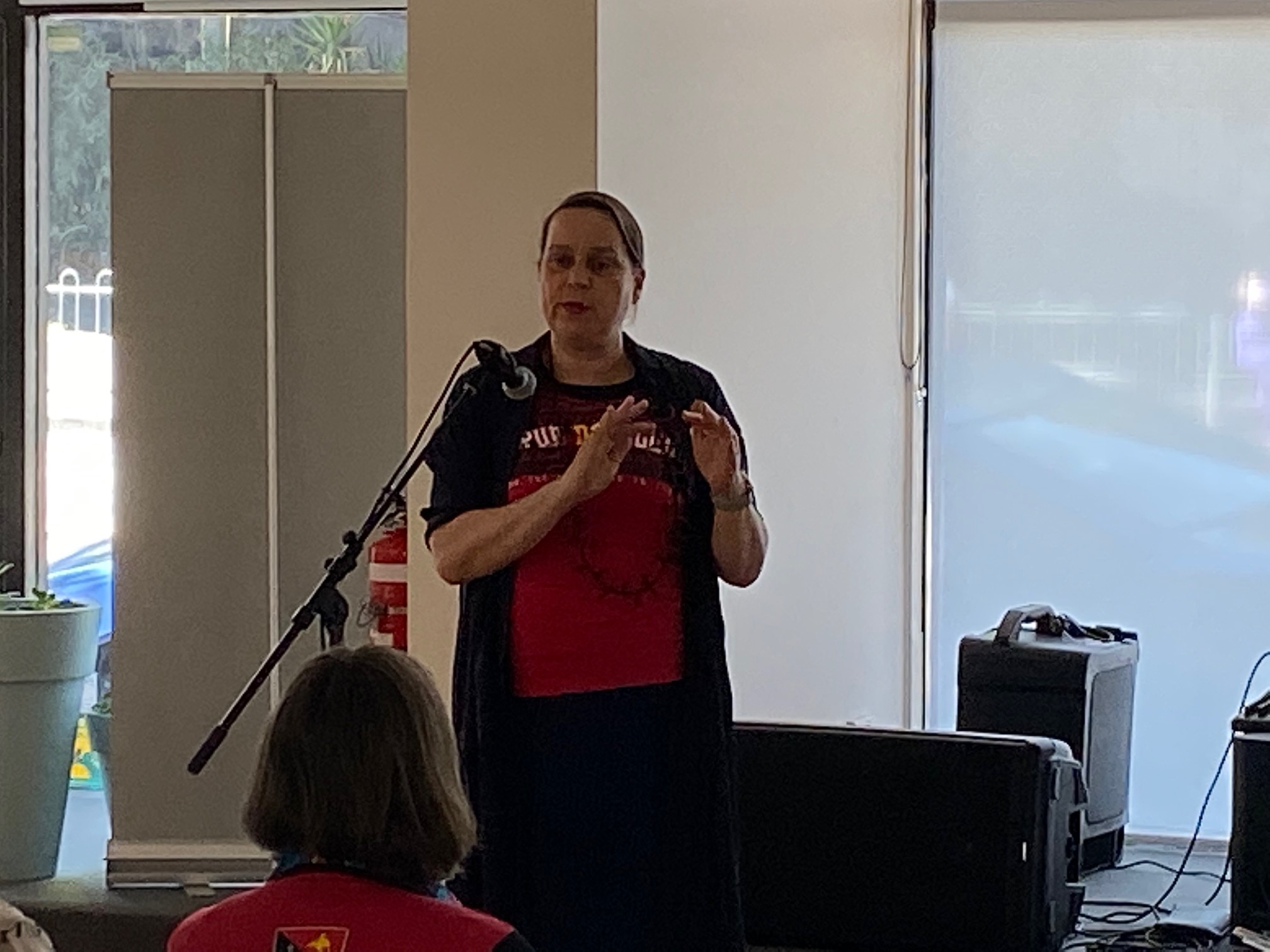 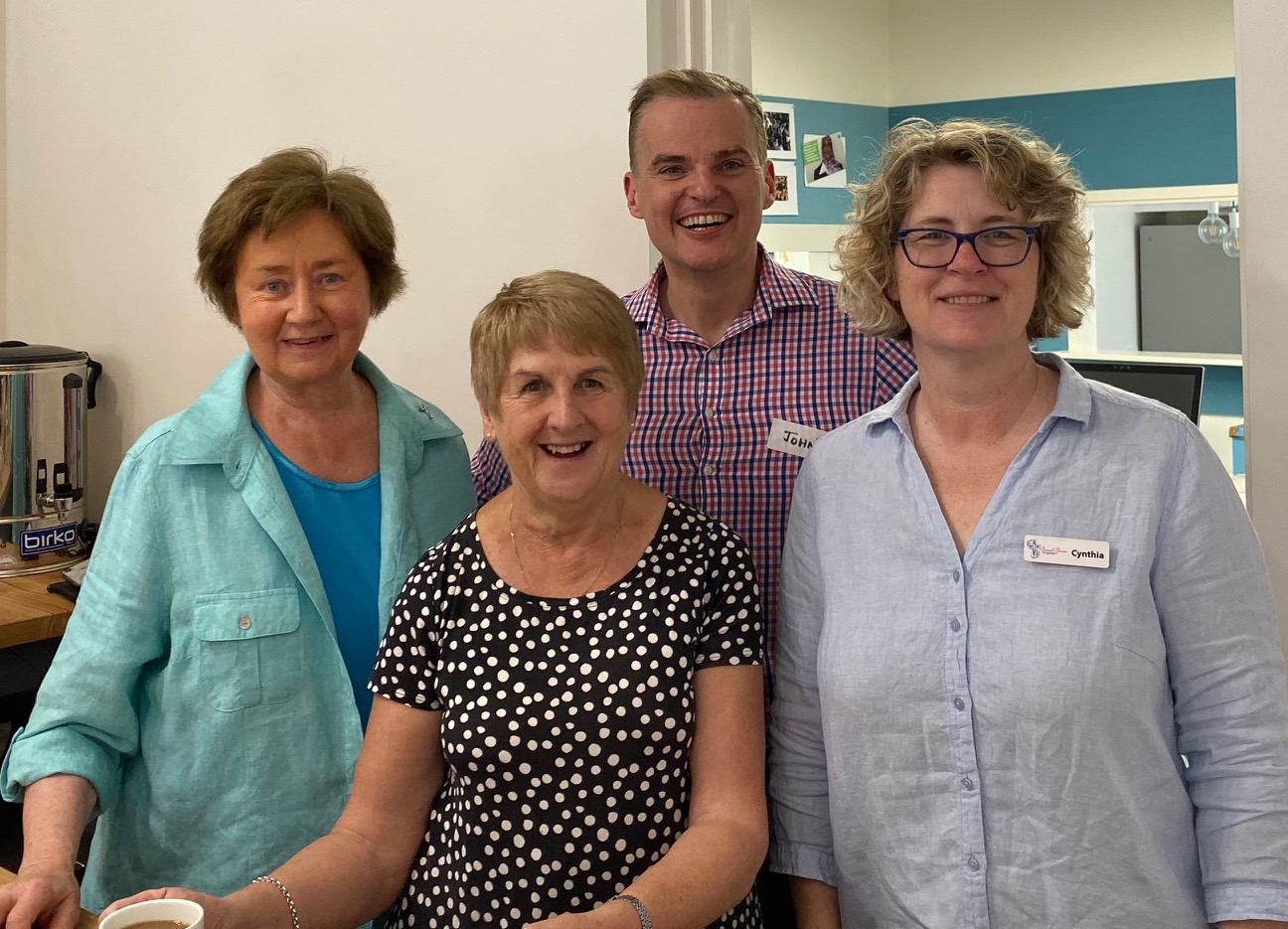 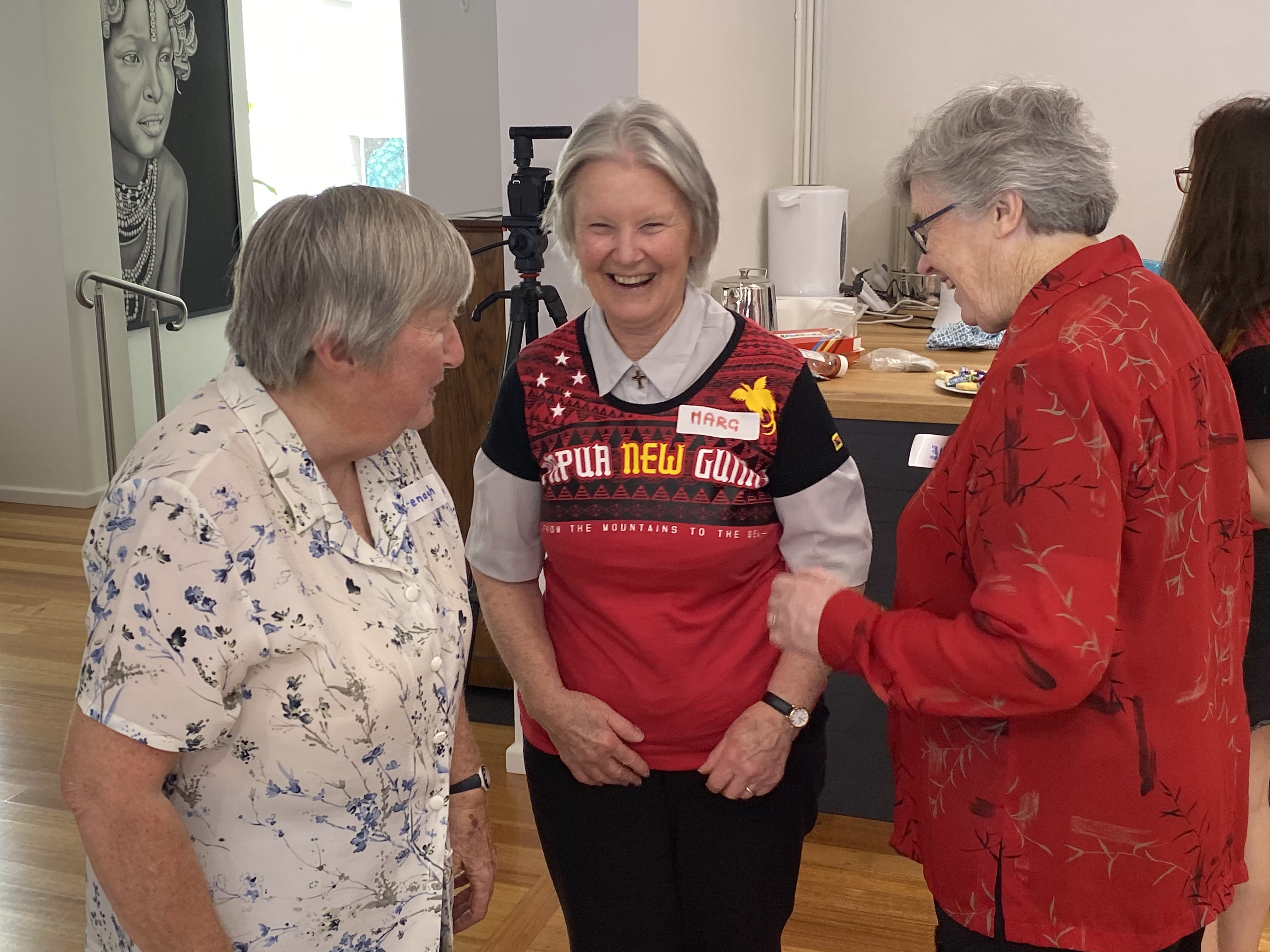 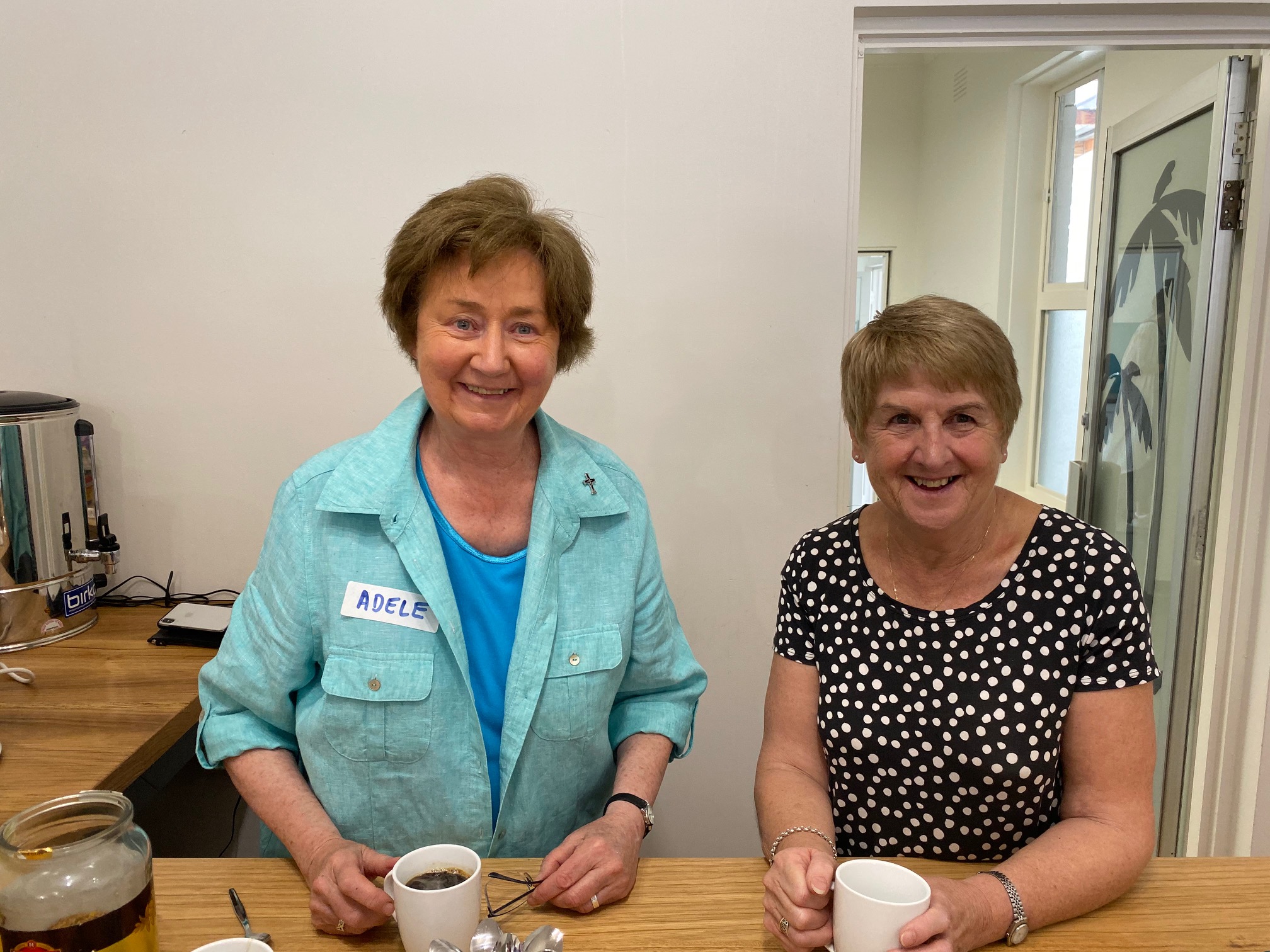 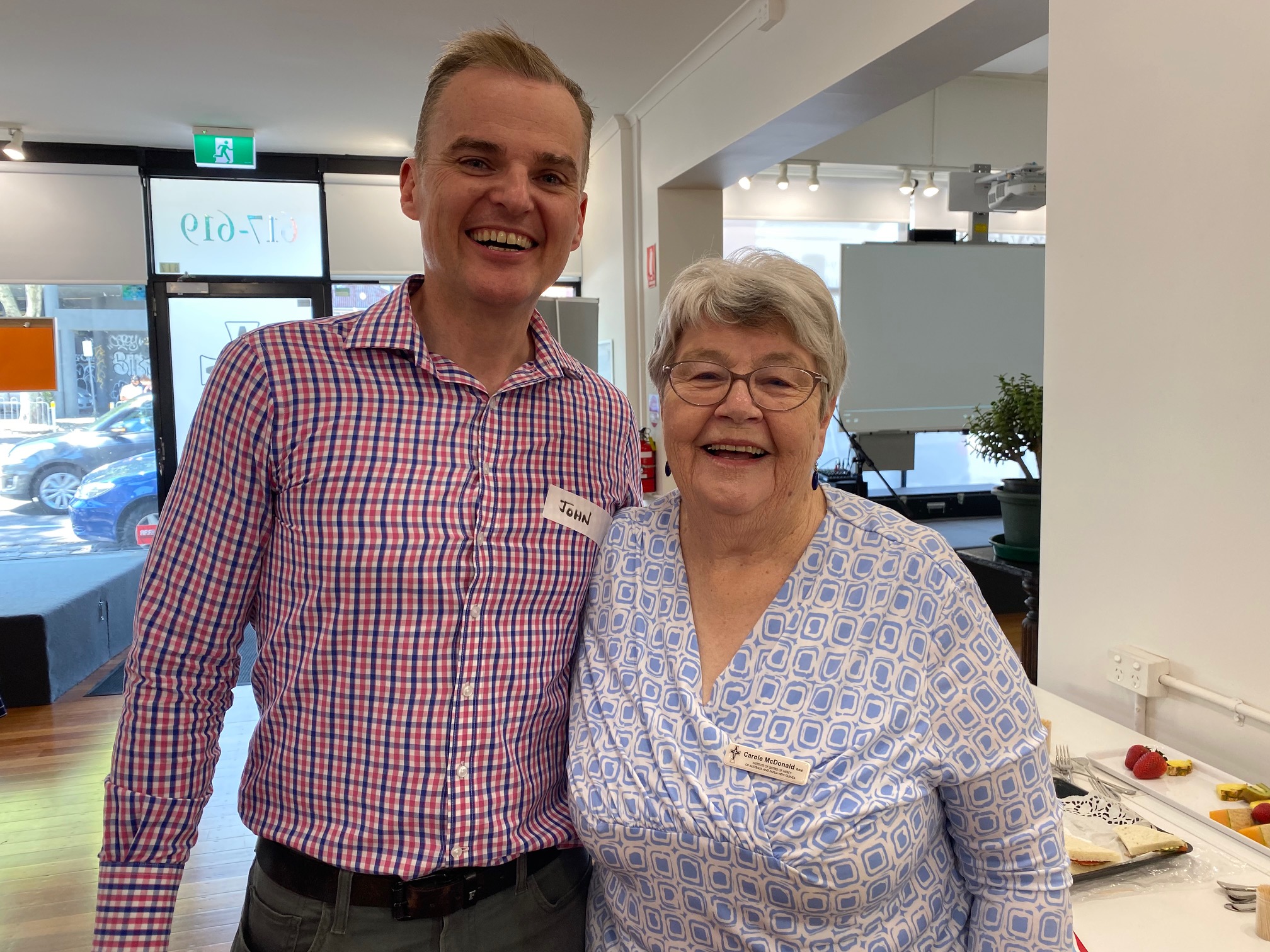 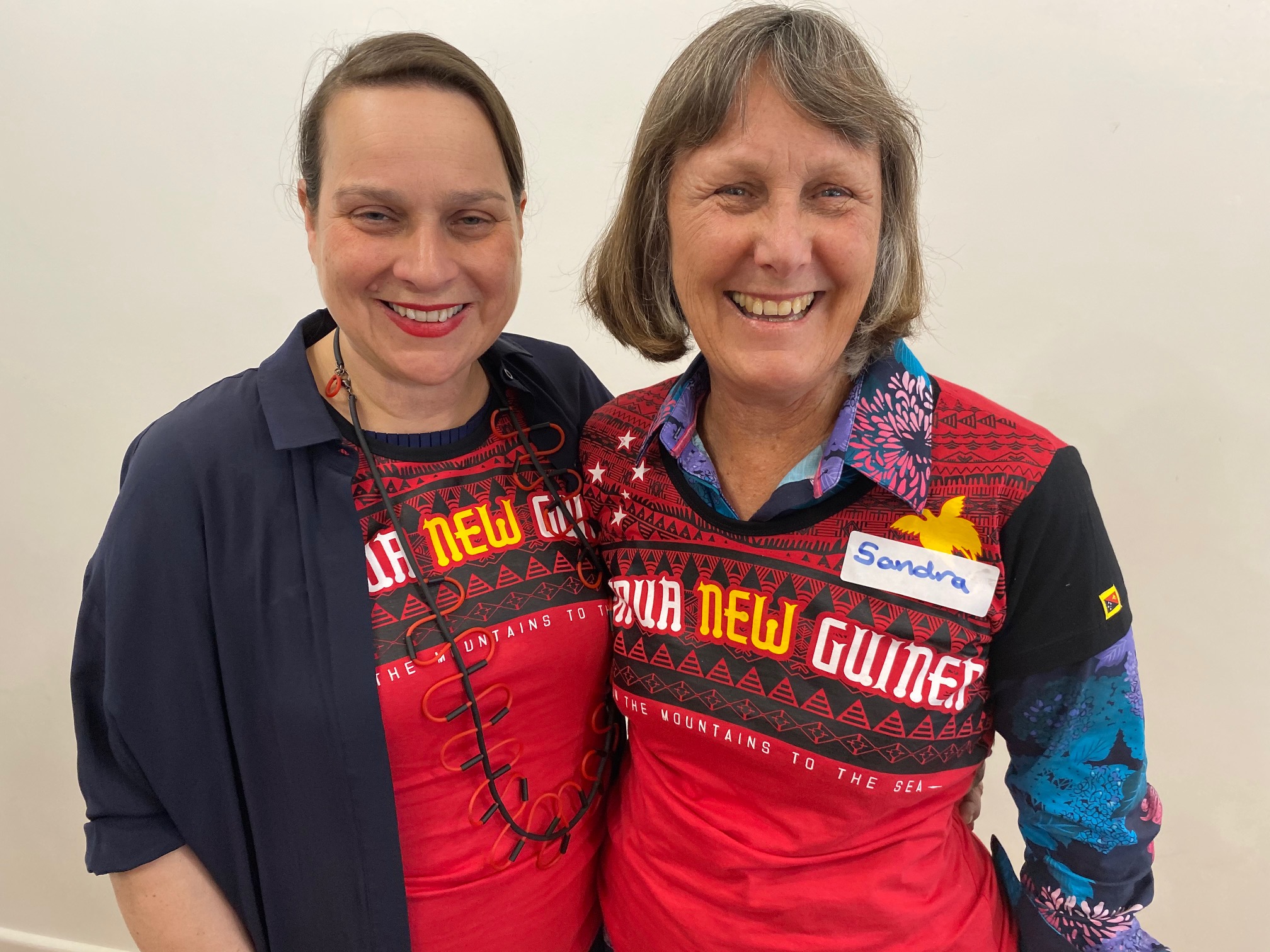 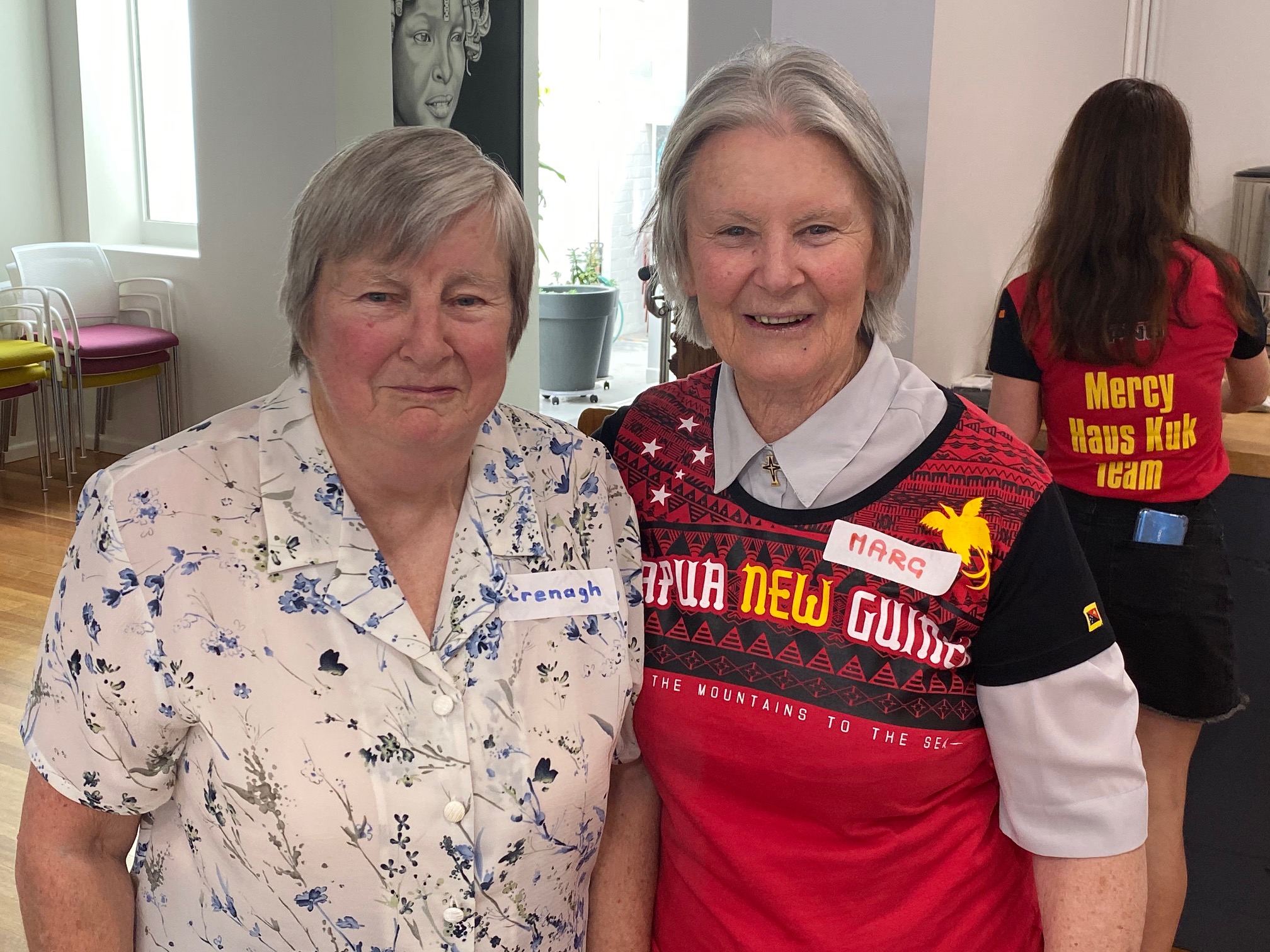