Conference of Major Superiors of the Pacific Islands 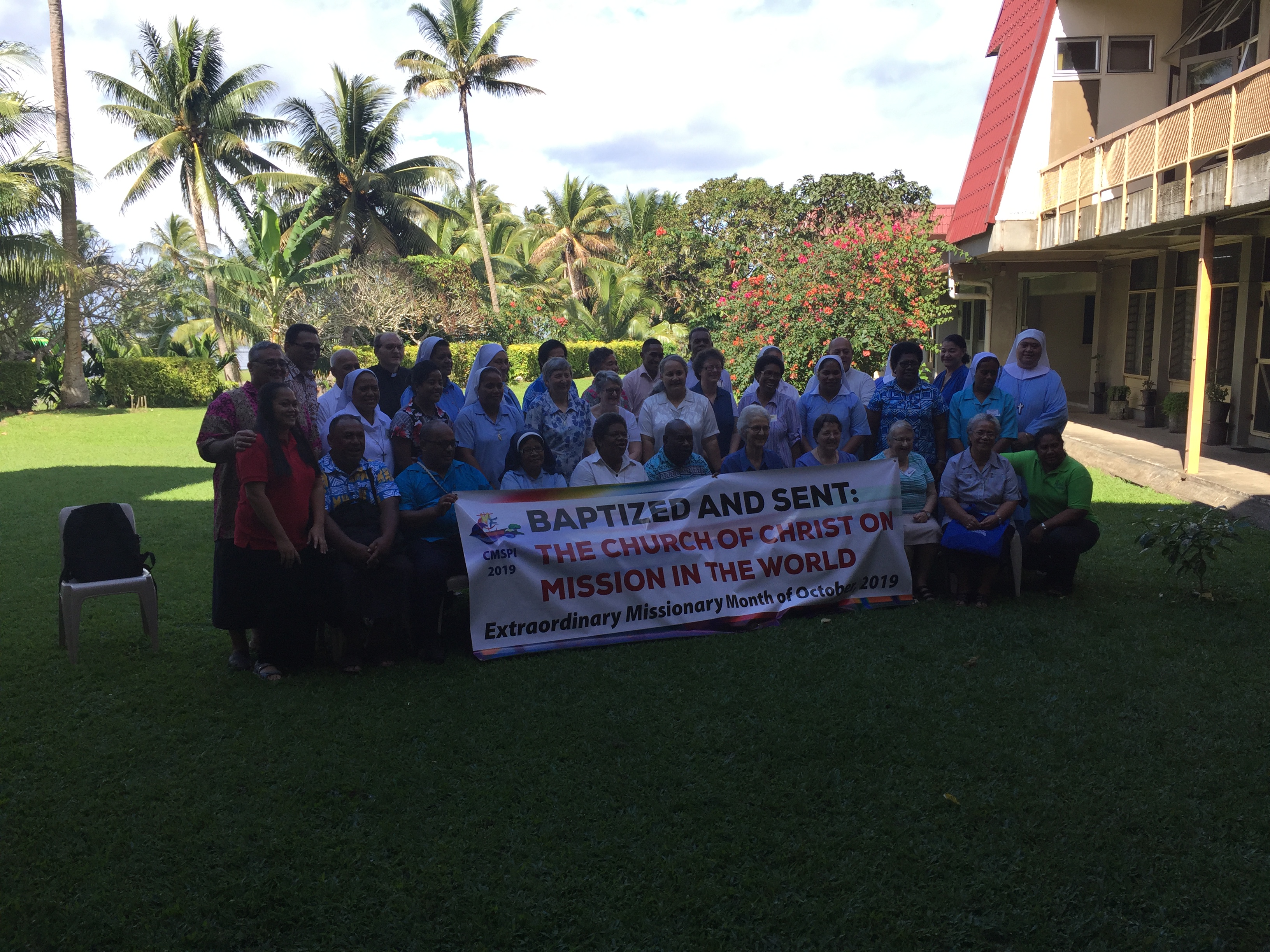 Institute Leader, Eveline Crotty RSM recently joined 40 other participants in Fiji for a Conference of Major Superiors, which included congregational leaders and invited participants, from the Pacific Islands, New Zealand and Australia. She attended on behalf of the Institute and Catholic Religious Australia. Eveline shares some of her experiences below.

I attended this Assembly (August 13- 15) on behalf of Catholic Religious Australia and also on behalf of ISMAPNG as our Institute has sisters and ministries in the Pacific.

The Assembly was attended by 40 participants which included Congregational Leaders and invited participants, from the Pacific Islands, New Zealand and Australia.

The opening Mass was celebrated by Archbishop Peter Loy Chong who gave a very inspiring sermon on what is needed in the Church today. He emphasized the renewal and reawakening of mission theology, calling us to a more relevant pastoral response with a deeper understanding of our social and cultural contexts. He emphasized the words of Pope Francis about being relevant and being on the periphery with those who are most marginalized in our world either by poverty, gender or disability etc.

The main speaker to the Assembly was Fr. Fabrizio Meroni, Secretary General of the Pontifical Missionary Union and Director of the International Centre for Mission and Formation (CIAM), the Congregation for the Evangelization of Peoples. He unpacked what was truly meant by “Baptised and sent: The Church of Christ on Mission in our World,” the Extraordinary Month of October, 2019” inaugurated by Pope Frances and why he is calling for this renewal.  He emphasized 3 main areas

Fabrizio was very challenging naming how Pope Frances sees the Church of today. He named the Church and parishes as irrelevant in many contexts, mainly devotional and inward focused in expression not outward focused. He mentioned a number of times, unless we are out on the peripheries being living witnesses our Congregations have no meaning, their time is over, they are living MUSEUMS.  Spirituality and particularly the radical understanding of Eucharist being sacrifice must be at the core of everything we do.

Input was also given by Fr Okusitino Ulupano SM and Fr. Arther Leger SJ both lecturers in the Pacific. Their brief was to contextualise the implication of Fr. Fabrizio’s input.  One emphasis that Fr. Leger made was that Baptism and Confirmation situates us in the world first and foremost not only in the Church.  “We are out in the world even before we are sent by Baptism.”  Our place is never IN the Church but always OUT in the world.

Overall very good scholarly and challenging input was offered by the speakers.

The above, of course, is five input sessions condensed to the bare bones just to give you a flavor of the input.

On the third day, the Annual General Meeting was held with the leaders or their representatives, including myself, as the representative from Catholic Religious Australia.  A representative from the Major Superiors Conference for Papua New Guinea/Solomons did not attend. Issues relating to the Pacific and interconnected with international congregations in the Pacific were raised.  A Draft statement on the Climate Crisis was also presented for approval – this was an outcome of the 2018 Assembly.

Overall it was a very worthwhile experience, particularly to make connections and show support across the Pacific. It was worthwhile to experience such good input from other voices.

It was a  privilege to attend. 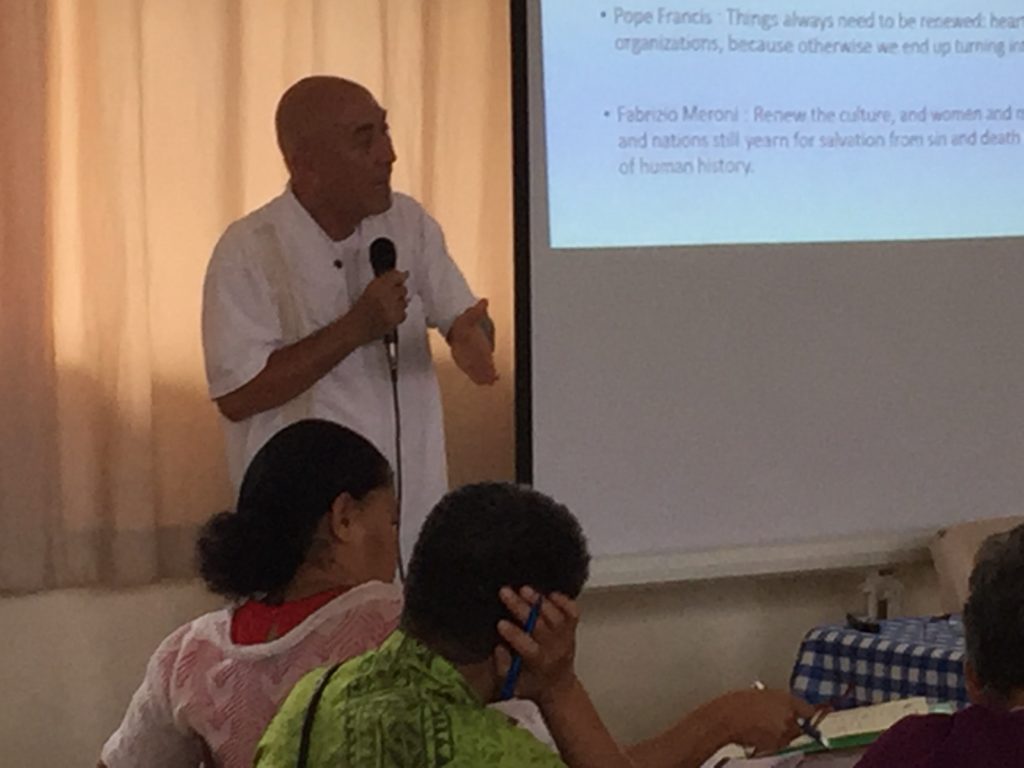 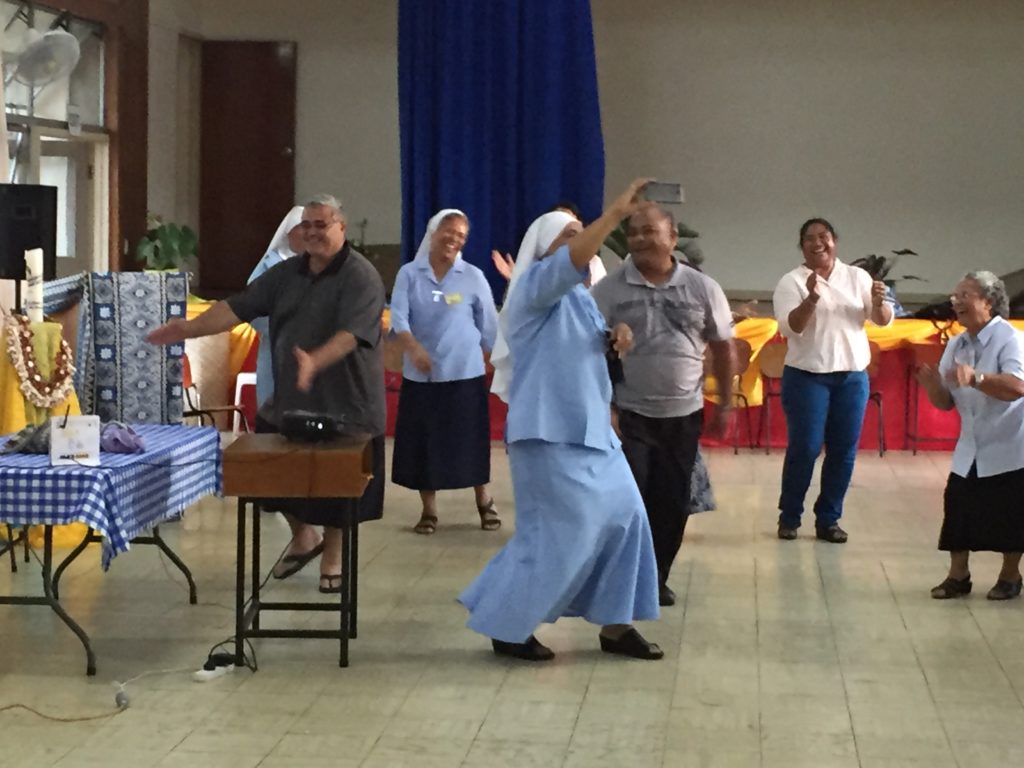 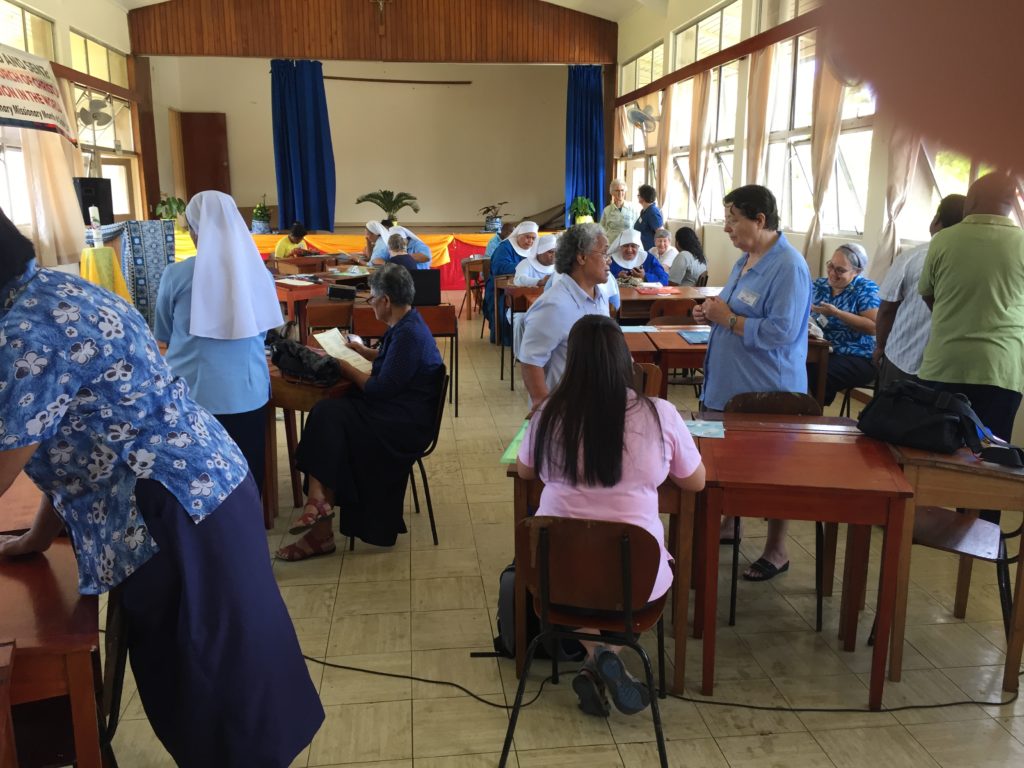