Community comes together to kick goals 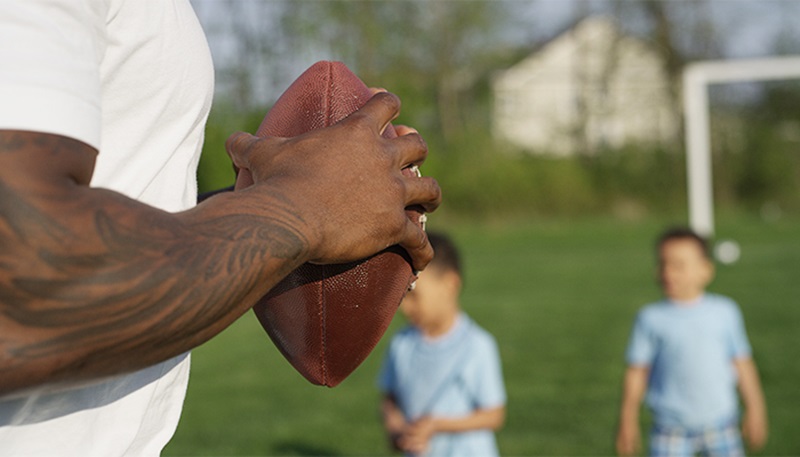 There’s no denying that football has a special power to bring people together. In the rural New South Wales town of Gulargambone, it’s been the new focus of four Aboriginal fathers who have come together to establish an Under 12’s Rugby League team.

When the Gulargambone community expressed a desire to create the Rugby League team, MacKillop Family Services joined four local dads in supporting the cause. Securing funding was the first challenge and is a common obstacle for small communities who also struggle to find the numbers for their own teams. Funding is essential for teams to attend regional sporting events such as the annual NSW Aboriginal Rugby League Knockout which has particular cultural significance.

MacKillop Family Services workers applied to Coonamble Shire Council seeking sponsorship for the team to participate in the NSW Aboriginal Rugby League Knockout. They were successful in receiving $600 from the Council to purchase guernseys and other sporting goods.

The team, in particular the fathers who instigated the matter, and coach were elated to receive financial support, but more so that their dream of having their very own Gulargambone Under 12’s team would come to fruition. The new team has given the fathers a sense of belonging and pride in their own community, and the capacity to provide stimulating activities for the children and their community.

It has allowed Aboriginal fathers to actively participate in their children’s wellbeing. For Aboriginal men who are often stigmatized and labelled and whose roles in community have historically being challenged, this gives them the motivation and pride to lead and engage in other activities to promote the wellbeing of their communities.

It also provides momentum for socially appropriate and healthy participation in community driven activities and builds a strong community narrative to be told for generations to come.

As a result of one of the young person’s involvement in the Under 12’s side, he has been selected by a Talent Scout to attend school in Sydney because of his sporting talent.

Two fathers have also decided to pursue their interest in coaching. With MacKillop’s support, one of the fathers completed his coaching certificate and the other completed his LeagueSafe course to administer water in the field of play. The fathers now are able to proudly coach their own children and the Rover’s team, one of them being a father of nine children.