On November 15, the Sisters of Mercy ministering in the Cairns Diocese gathered with Bishop James Foley to celebrate the presence of the Sisters in Herberton since 1910. In attendance, at the Thanksgiving Mass in the Mt St Bernard College Chapel, were the local sisters, Institute Leader, Eveline Crotty RSM; Community Leader, Helen White RSM; priests; Herberton parishioners; and, staff, parents and students of Mt St Bernard College.

The Sisters began their ministry in Herberton, because the railway had been constructed through to Herberton in 1910 where tin was discovered and the Sisters, at the request of Bishop Murray, opened St Patrick’s Primary School there. The North West area of the State of Queensland was being opened up to establish cattle stations. Families settled in the area and this led to a need for education. The Sisters responded to this and in the following years many people began pioneering sugar farms on the Coast and some sent their children and young women to the Sisters in Herberton. To educate the children and young women of these families the Sisters of Mercy began taking boarders. To show his appreciation for the ministry of the Sisters, Bishop Murray presented the Sisters with a chalice to be used at Masses in the Chapel.

Sister Mary Evangelist who was one of the first five Sisters of Mercy to come to Cooktown Australia in 1888, was the founder of St Monica’s College and now in 1921 saw to the opening of Mount Saint Bernard College, Herberton.

As time went on, Mt St Bernard College became well known for its excellence in all areas of education particularly music, the teaching of which, helped the Sisters earn their living and expand the school. The College was privately owned by the Sisters who put their own earnings into the purchase and development of this magnificent Centre of Education. This was the greatest need through the years; the education, spiritual development and care of young women. During World War 2, the Sisters also generously gave of their time, energy and facilities to provide for the soldiers when needed, for example the soldiers often used the Convent kitchen, during the 1940s. The Sisters also purchased a house across the road from the Convent to provide a home for young boys evacuated to the Tableland from the coastal areas, during the Coral Sea Battle in World War II.

From the 1960s and into the 2000s students came from many areas of the state which included the Atherton Tableland, Coast, the Sugar Cane Farms, Torres Strait, Cape communities and the Northern Territory. During these years the Sisters discontinued a custom of bringing young women from Ireland, who became Sisters of Mercy, to continue their mission in what now had become the Cairns Diocese. In the 1980s women from the Cairns Diocese were now engaged in the work of the Church in many and varied ways and the number of religious Sisters declined.

Following the Mass of Thanksgiving on the 15th November 2018, the Sisters presented Bishop Foley with the Chalice that was given to them by Bishop Murray OSA Bishop of the Vicariate of Cooktown, who had the chalice engraved in London.  The Sisters also presented the Bishop with the Monstrance which has been used since the beginnings, when the Sisters began to expand their Ministry in the Vicariate and the Diocese.

There are now nineteen Sisters of Mercy of Australia and Papua New Guinea ministering in the Diocese involved in many and varied ministries. There are very generous lay ministers continuing the work commenced by the Sisters in the Schools and Nursing Home. God’s work for God’s people set on a firm foundation of faith, continues to flourish in the Cairns Diocese. 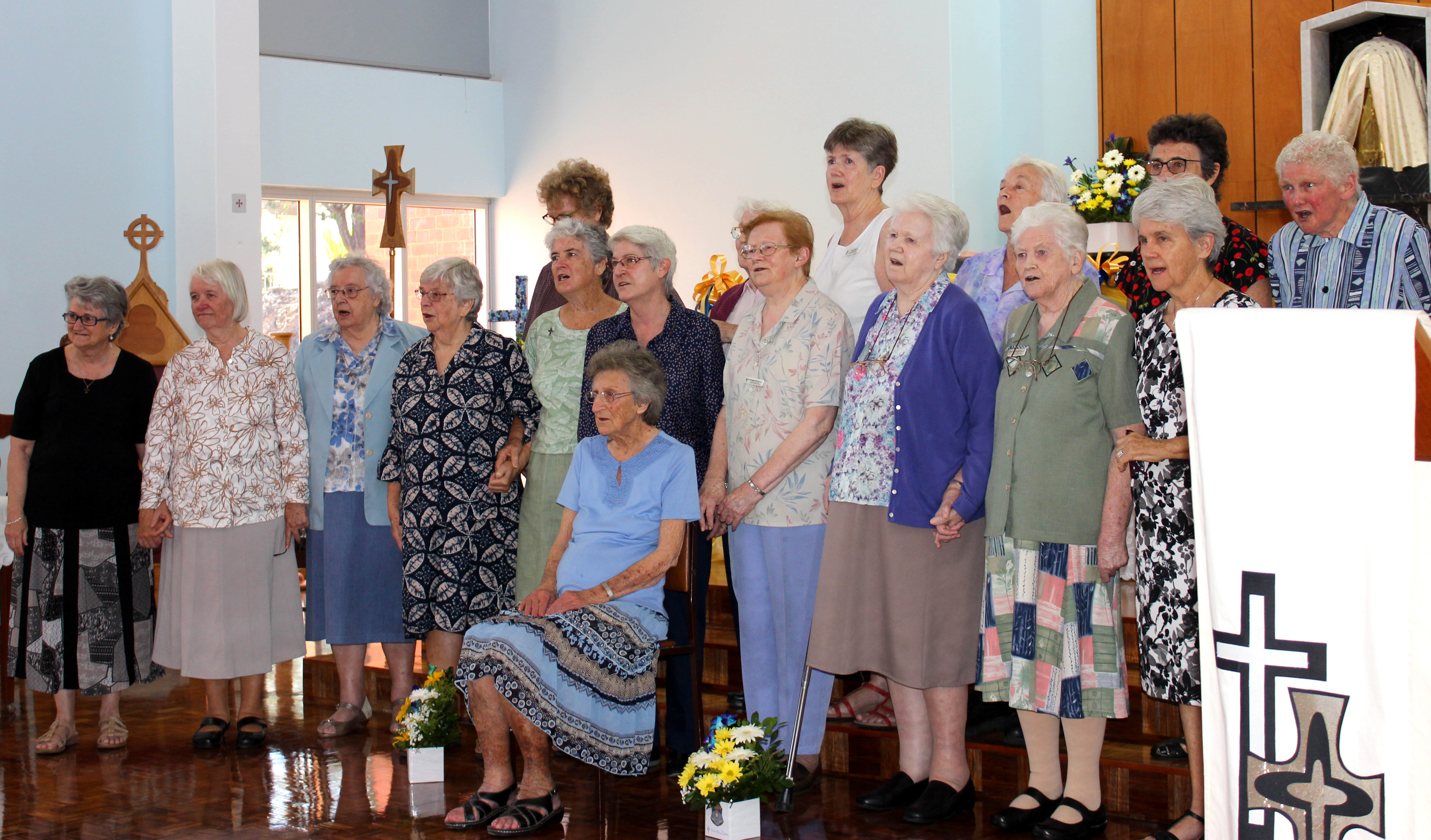 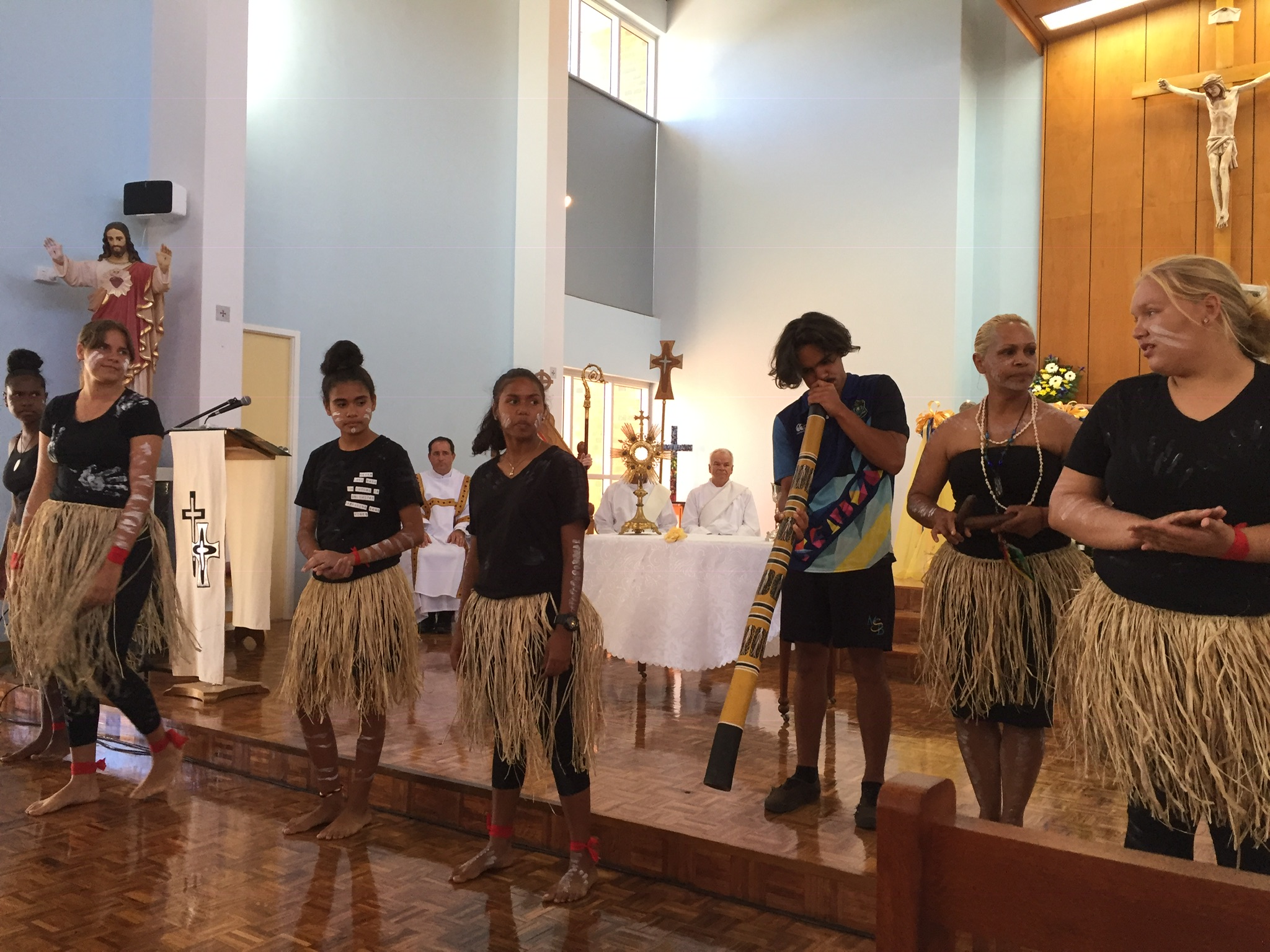 Aboriginal Students dancing at the end of Mass 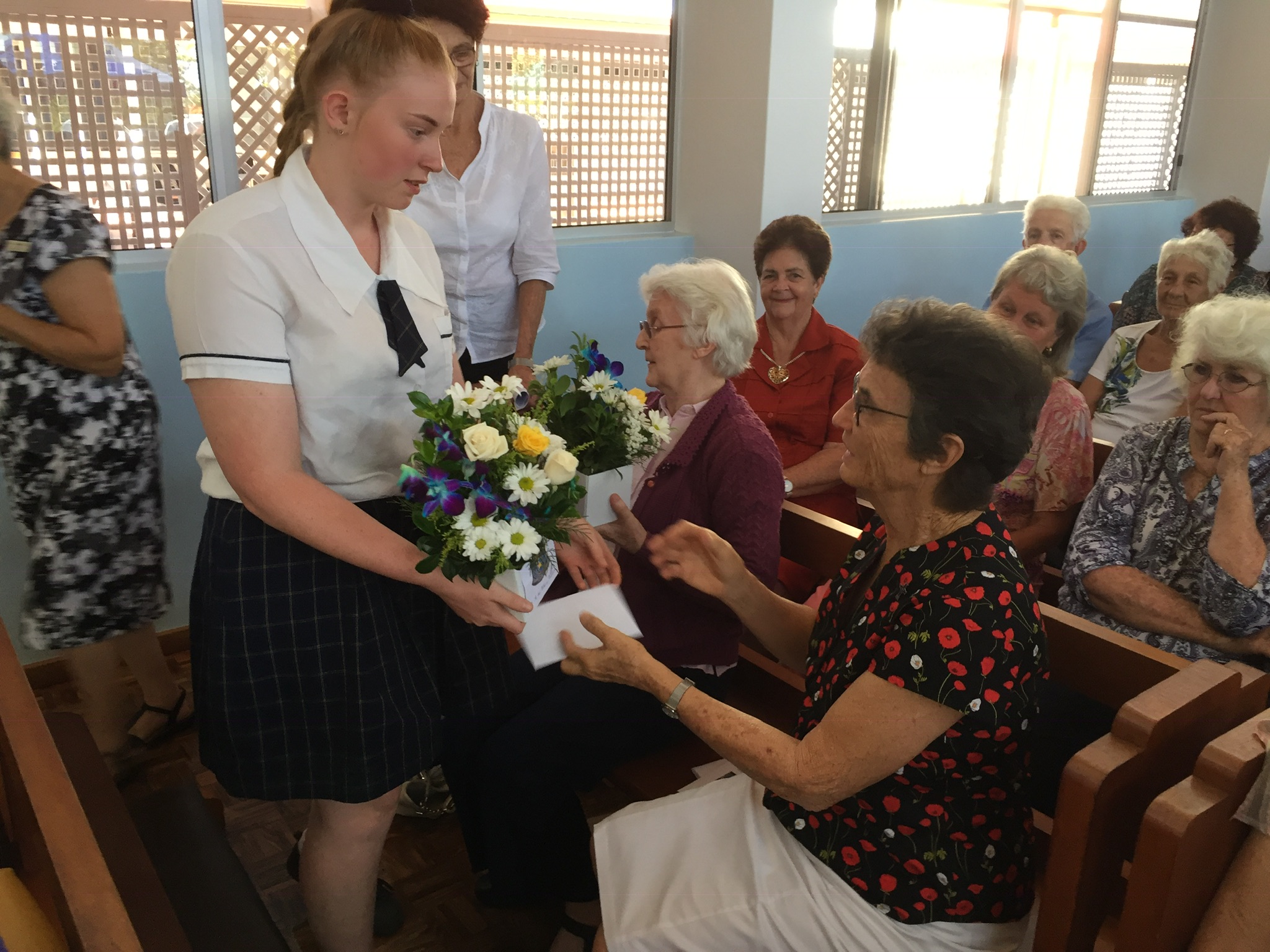 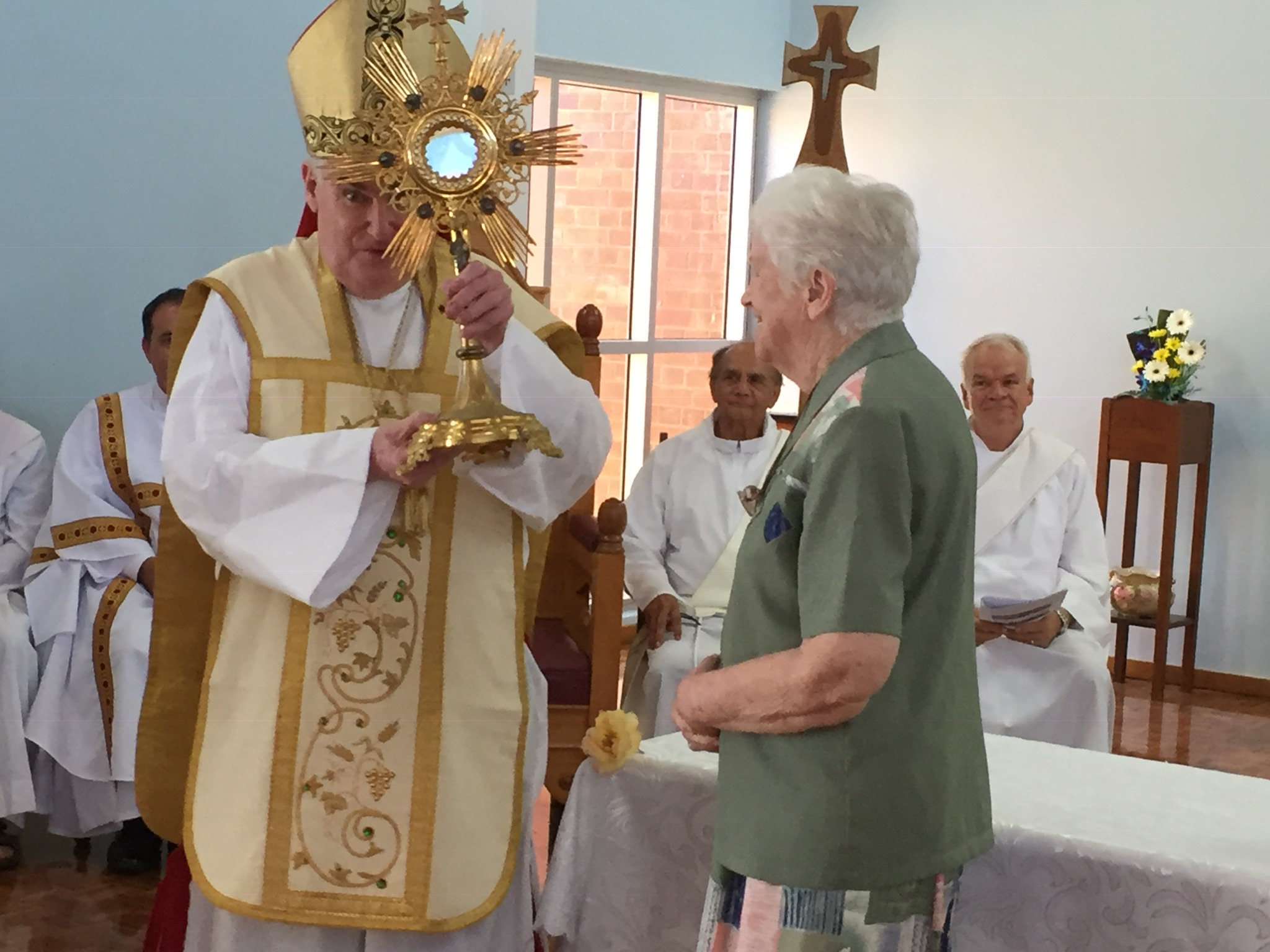 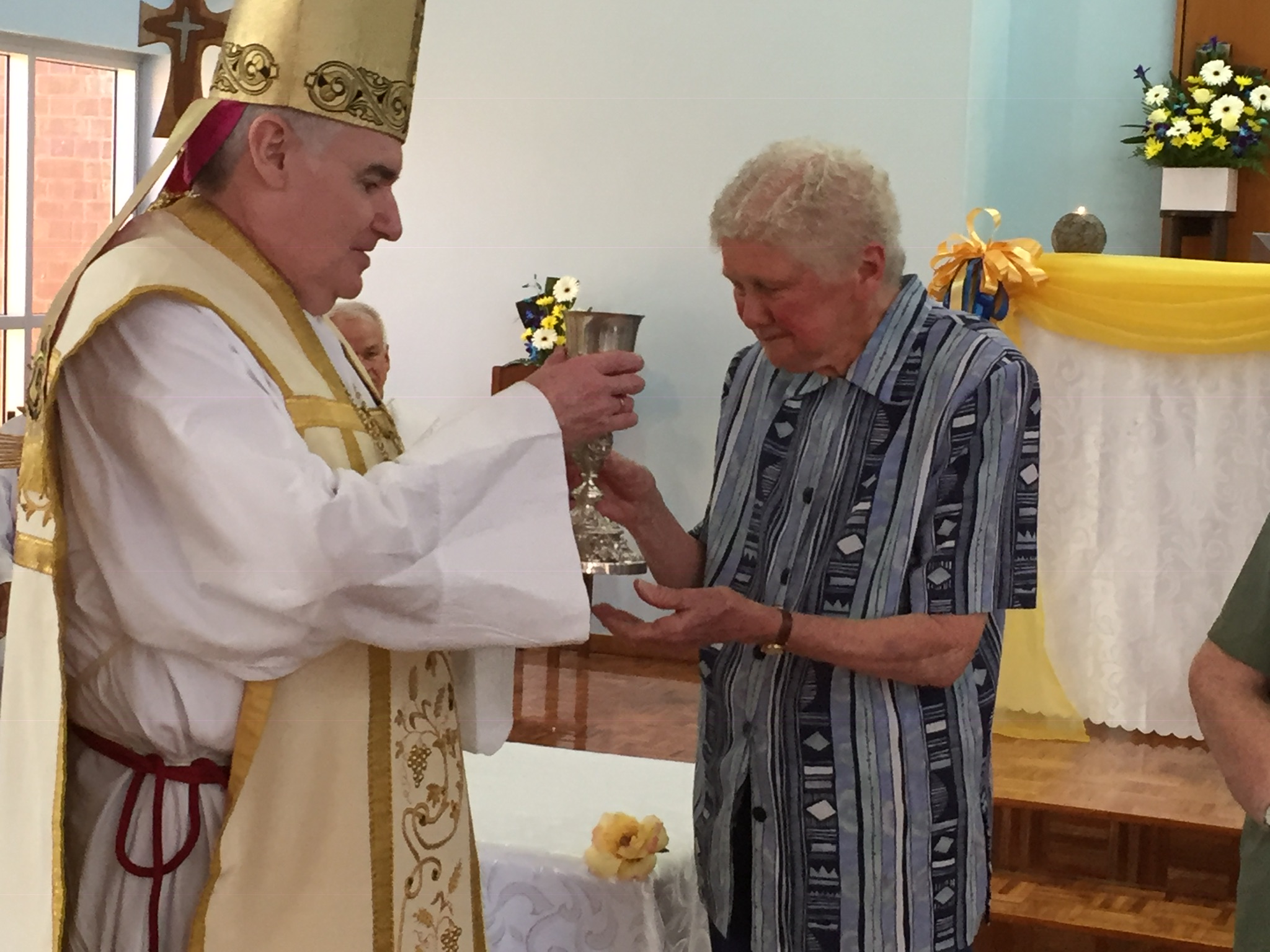 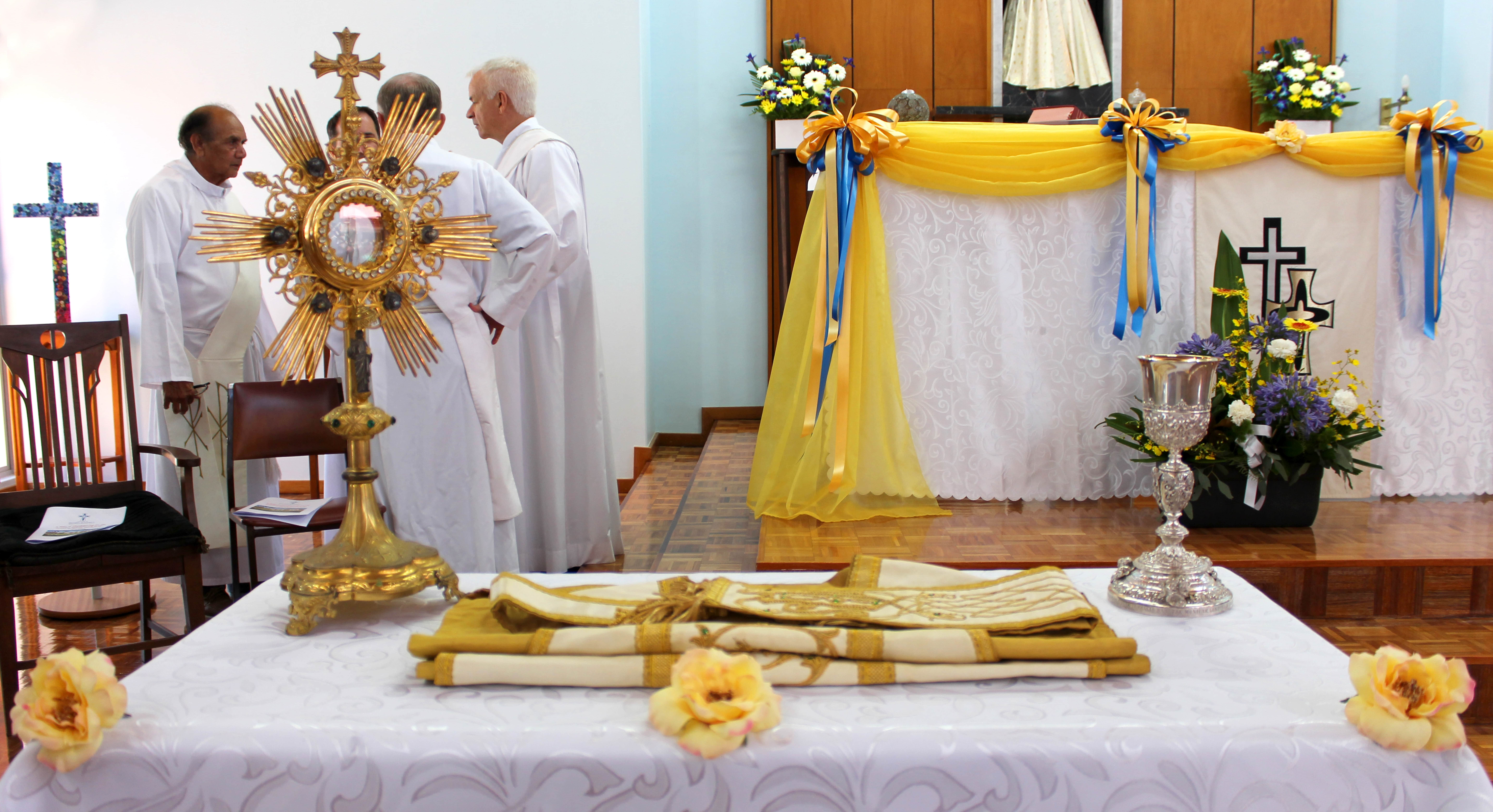 Gifts presented to the Bishop 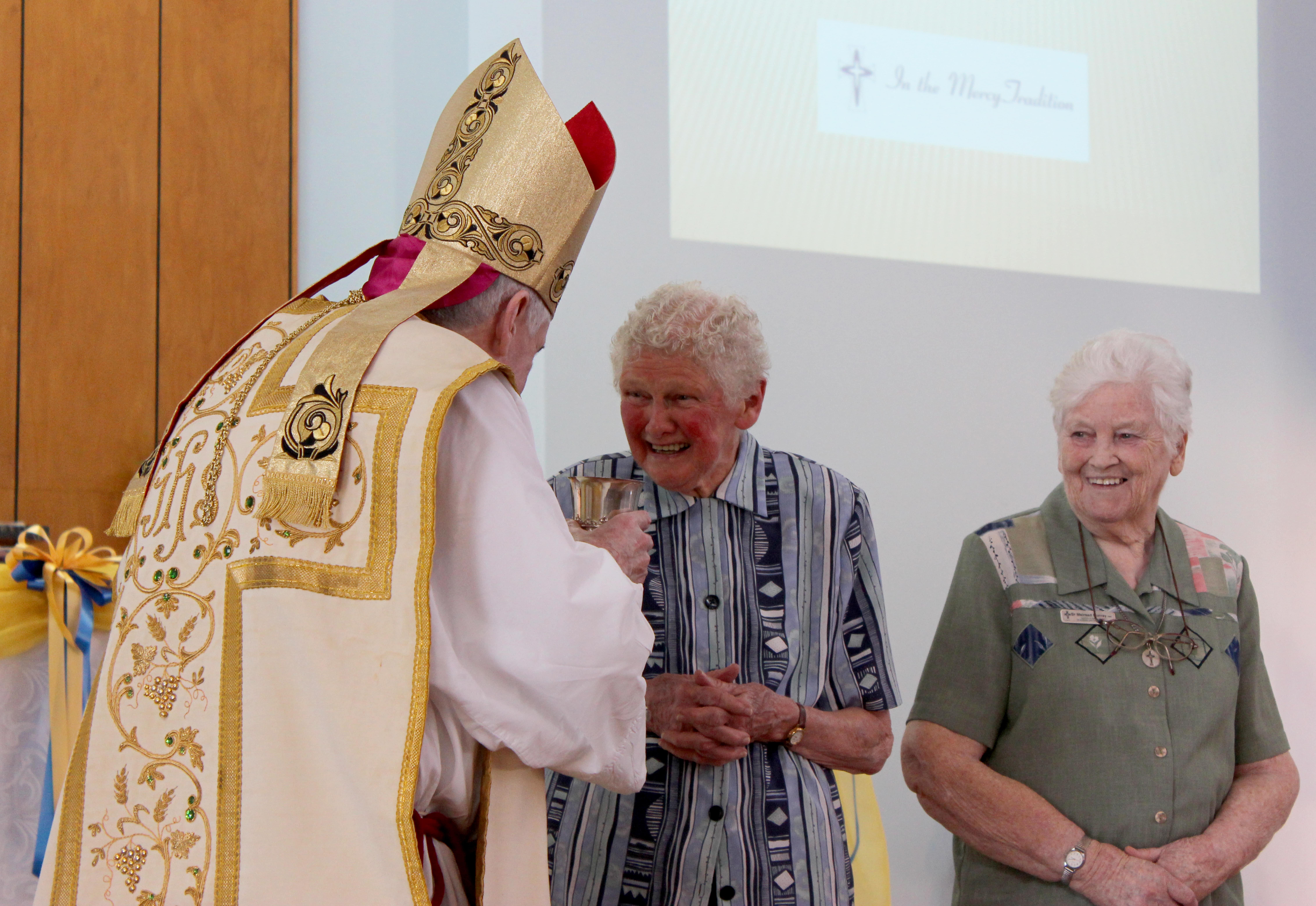