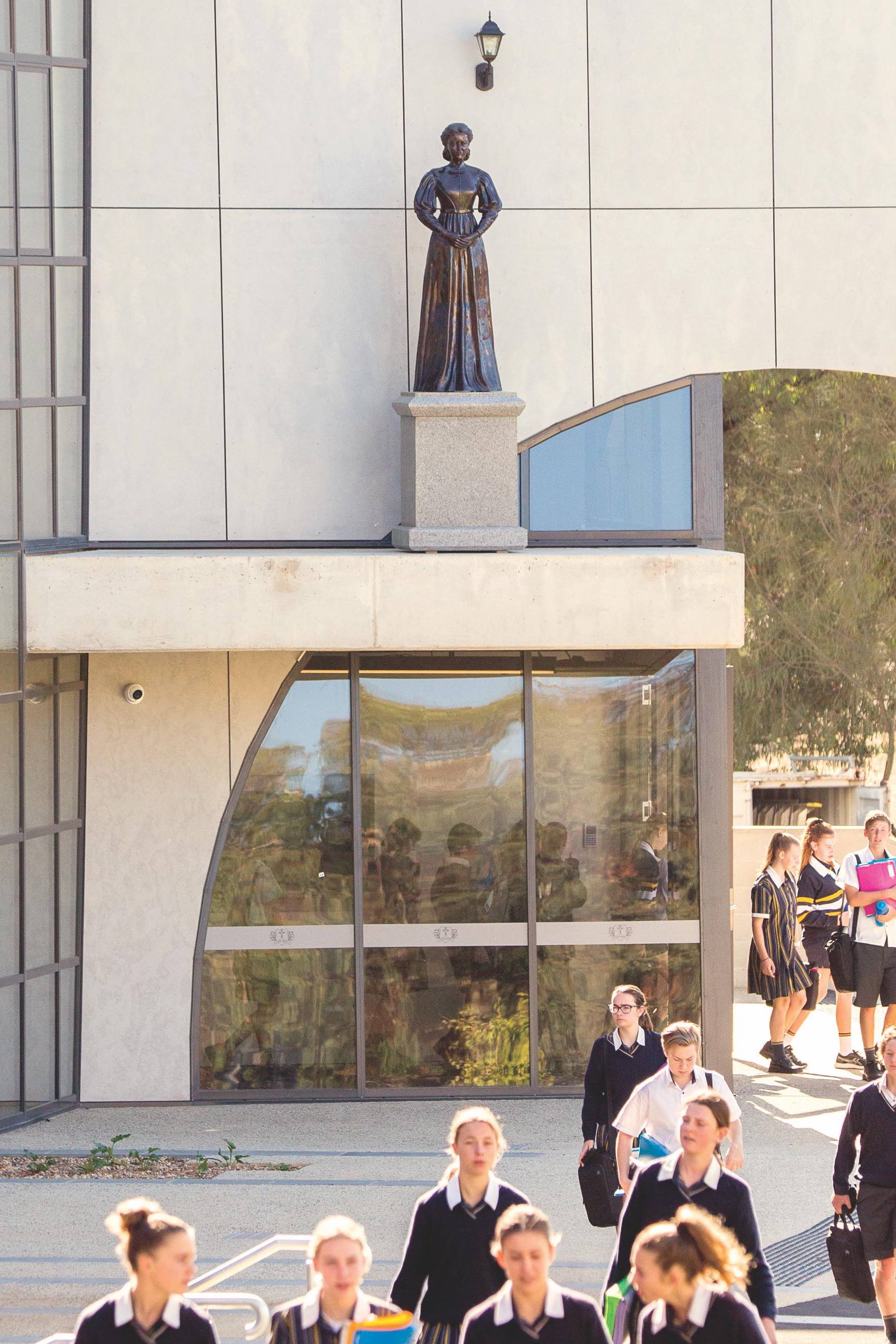 On Tuesday 24th September, Fraynework joined MacKillop Family Services for a morning tea to celebrate Mercy Day together.  Fraynework CEO, Deb Carter, was invited to speak about Fraynework’s creation of the Catherine of Coolock bronze statues.

Deb spoke about how this beautiful statue was designed to signal to all who enter a place of Mercy, that we are inspired by Catherine’s values and the charism of Mercy in all that we do.

She described how the design of the statue was intended to depict a traditional and historically accurate interpretation rather than an abstract work and how Fraynework had relied heavily on written descriptions of Catherine from letters of those who had met her, to achieve this outcome.

Two quotes in particular were referenced. The first by Sr Teresa Mary White:

and the second was from Sr Clare Augustine Moore, who described Catherine as

‘…dressed in black British merino which according to the fashion of the time fitted tight to her shape. She was remarkably well made, round but not in the least heavy. She had a good carriage; her hands were remarkably clumsy, very large with broad tips to the fingers and short square nails. She was very fair with a brilliant colour on her cheeks, still not too red. Her face was a short oval but the contour was perfect.

‘Her lips were thin and her mouth rather wide, but there was so much play and expression about it that I remarked it as the next agreeable feature in her face. Her eyes were light blue and remarkably round with the brows and lashes colourless, but they spoke. Her nose was straight but thick.

‘She wore bands made from her own back hair which were so well managed as to be quite free from the disagreeable look bands of this kind usually give. The colour was pale golden not in the least sandy, very fine and silky.’
(A Memoir of the Foundress of the Sisters of Mercy in Ireland [The Dublin Manuscript] as quoted in Mary C Sullivan, Catherine McAuley and the Tradition of Mercy).

Deb also talked about how another inspiration for the design of the statue came from one of Fraynework’s favourite quotes from Catherine, ‘We should be shining lamps giving light to all around us’ (Retreat Instructions, Catherine McAuley). This quote has its origins in scripture when Luke in 8:16 says: ‘No one after lighting a lamp hides it under a jar, or puts it under a bed, but puts it on a lampstand, so that those who enter may see the light.’ The idea of ‘shining a light’ led to the optional incorporation of a lantern to the design based on the newly installed gas lamps that lined the streets of Dublin at the time.

The production of the statue was an 18 month project involving the entire team at Fraynework, from meticulously researching dress and hairstyles from the early 1820s to detailed life drawing sketches from every angle. Then using the latest technology, Fraynework created a 3D model from the intricate illustrations and worked closely with sculptor David Sho throughout the clay and wax processes used to create the final bronze.

From the life-size bronze, Fraynework commissioned a 3D print which could be scaled down to produce a precise replica of the larger statue, for placement in reception areas and gardens of Mercy ministries.

The life-size bronze statue is the exact height of Catherine standing at 167cm upon a solid marble plinth that is 1 metre high. Together, the statue and plinth weigh almost 2 tonne. The reception statue stands at 60cm tall atop a 10cm solid marble plinth.

The statue of Catherine of Coolock is an invitation to those who pass it by, into an exploration of what Mercy looks like in our time and place. Who are the poor and needy in our world today? It also invites us to respond to this need as Catherine did by ‘shining a light’ on injustice for those who are marginalised and the most vulnerable in our society. 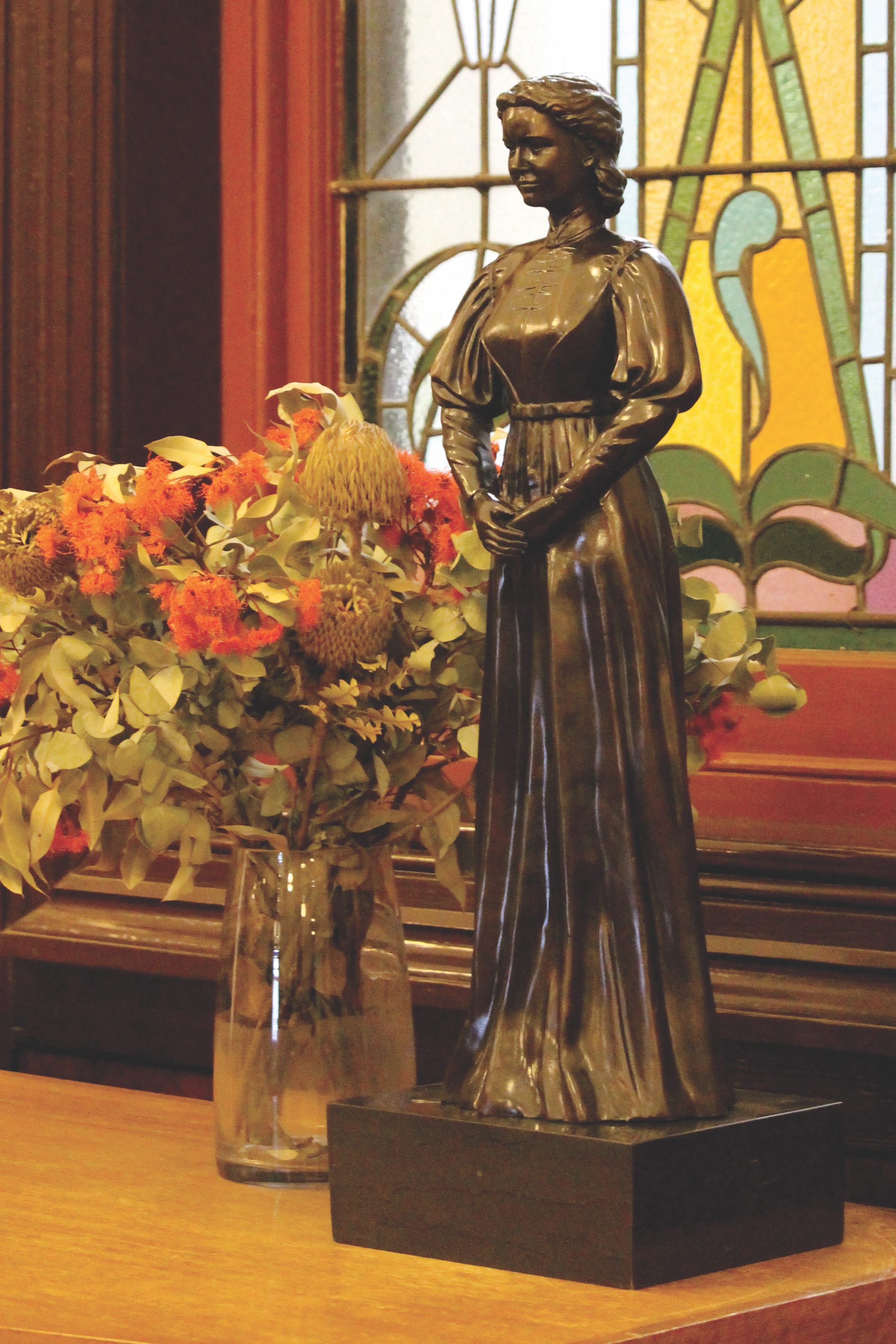 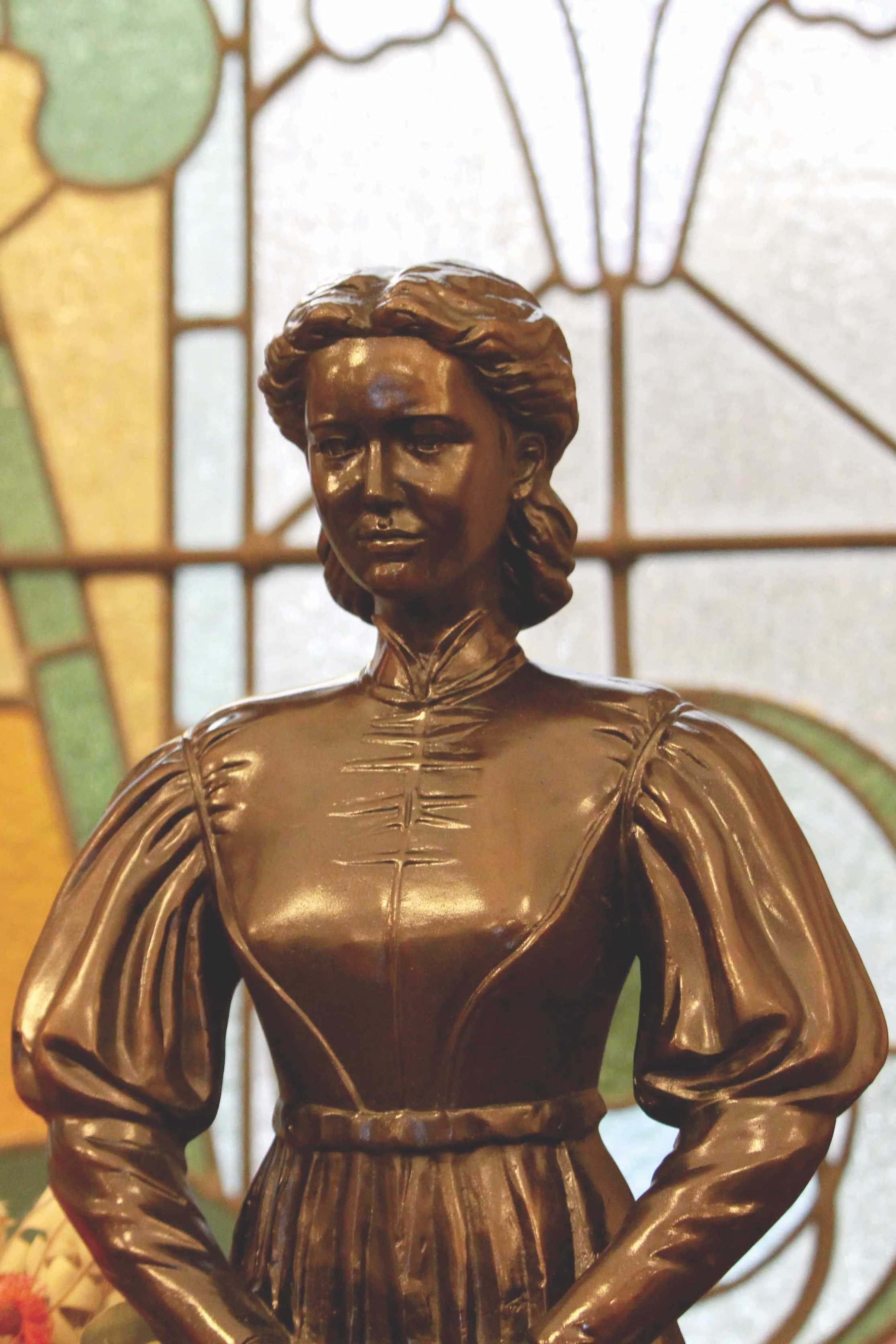 For information regarding the purchase of a Catherine of Coolock bronze statue please visit www.fraynework.com.au or contact Fraynework directly on 03 8687 7500.