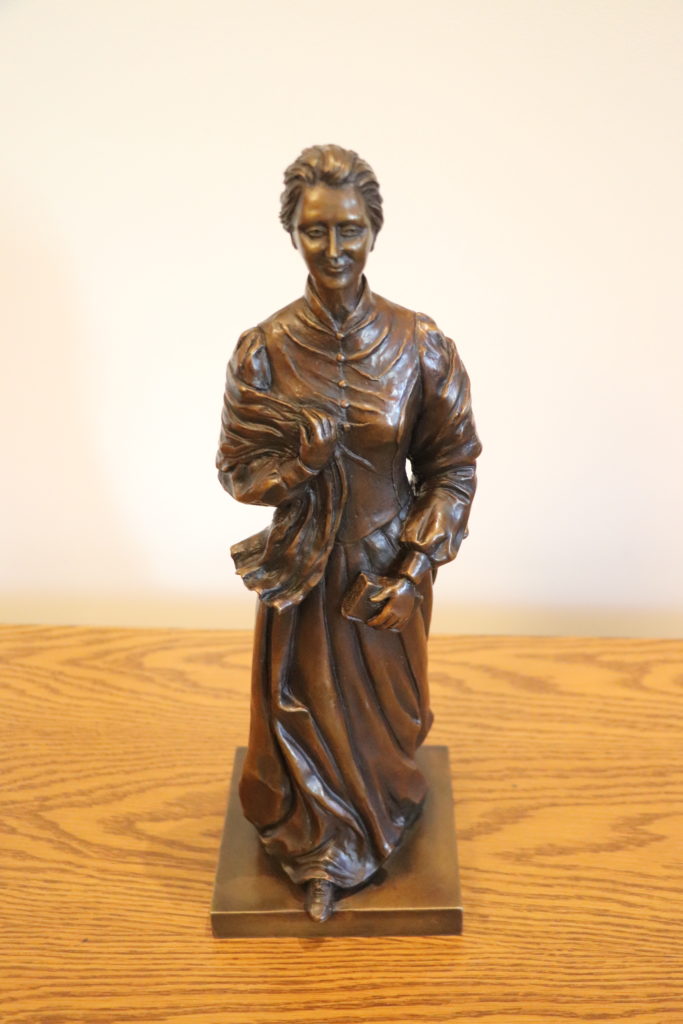 Many young women from the ‘auld’ Irish sod Gave their time, their energy, their whole lives to God. We’ve heard of their stories, we’ve read of their fame; But Catherine McAuley-we just love her name.

At Stormanstown House she entered the world. There was Mary, then Catherine and Willie, the third. Their Dad, James, a builder who cared for the poor, fed them in times of hardship, for sure.
Now Mum was a lady from Dublin’s fair city. She cared not a lot for the poor, or showed pity. But Catherine was touched at a very young age and admired Her Dad’s work at this early age!

All went well until one fateful day The Lord called Mr McAuley away, To live in the mansion prepared up Above, for people who served Him in faith and in love.

So Mum, with Mary, Catherine and Will were pretty well off, or so said the will. But Society’s calls, parties and balls devoured every penny, stripped them bare to the walls.

Stormanstown House with its paddocks of green – was sold; and again Mum was dressed like a queen. For years and years money flew through the door; there were no builder’s fees those funds to restore.

Now the Family’s so poor, clothes threadbare and thin, No rent for a house, but kind folks took them in. Sometimes their Dad’s folk religious and kind and Mum’s good relations, in turn, they’d find.

There was pain and suffering when their mother died; Catherine spent hours and hours at her side. Consoled by the church’s Sacrament of the Dying She left the world, on God’s Mercy relying.

Now Catherine, or Kitty, turned to her Lord. She knew in her heart, He it was she adored. When asked by Callaghans to share their fine dwelling. She accepted, and to Coolock, she set off quite willing.

From Coolock House Catherine drove out in her carriage, many young gentlemen sought her in marriage. But Catherine’s vision, her love for the poor came first; as she longed some help to secure.

The Callaghans were delighted that Catherine was good, as she parcelled out bread and provisions of food. “But why enter their hovels!” loudly they cried. “Do you have to spend time with them?” gently they’d chide.

But Catherine cared for the Callaghans too, as older and blinder and weaker they grew. These Quaker people had a love for God’s Word, and from Catherine’s lips the Bible they heard.

First Mrs Callaghan accepted the Faith-Catherine’s example and love was so great. She died thanking Catherine for the bliss she had found; commending dear William to her care, I’ll be bound.

When Mr Callaghan finally died Bereaved once again, Catherine quietly cried. Days later when last the will was revealed To Catherine his wealth he’d signed over and sealed.

Now she had money her great work to start. With dear Coolock House she had to part. To the city and Baggot Street she went to begin, her ministry of Mercy and helpers to win.

She built a big house in the form of a square. Orphans and the homeless could find shelter there. The failing elderly, she took them in, and children she taught for the great love of Him.

The numbers of helpers grew day by day. To prisons and hospitals they made their way. In poverty, sickness, typhoid and pain, their gentle administrations caused peace to reign.

At last ‘twas the Bishop who said, ”Catherine, my dear, this wonderful work won’t flourish, I fear, unless you are nuns with Profession for life, there’d be comings and goings and all sorts of Strife!

So Catherine yielded and said her ‘fiat’. She, Anna Maria and Elizabeth made Novitiate at that Presentation Convent on George’s Hill, then, Profession as Sisters of Mercy, as well.

What a joyful morning, 12th December, for Catherine and companions a day to remember. They returned to Baggot Street amid great glee to faithful companions and the House of Mercy.

From there they spread all over the Isle; They nursed, taught, comforted with patient smile More girls joined them from far and from near. For Jesus kept calling His workers so dear.

To England, the US and Australia, too, Africa, Newfoundland to mention a few, Catherine, of course, didn’t see all this done; At sixty-one years her life’s span had run.

They buried her there in Baggot Street ground, and thousands of people come every year round to visit the grave of this lady so good, Who gave all for God as her followers should.

Hurrah for Catherine! She’s now so well known that yearly there’re hundreds who give all they own. For the sake of the Kingdom, His work they endeavour, in the footsteps of Catherine, they press on forever! 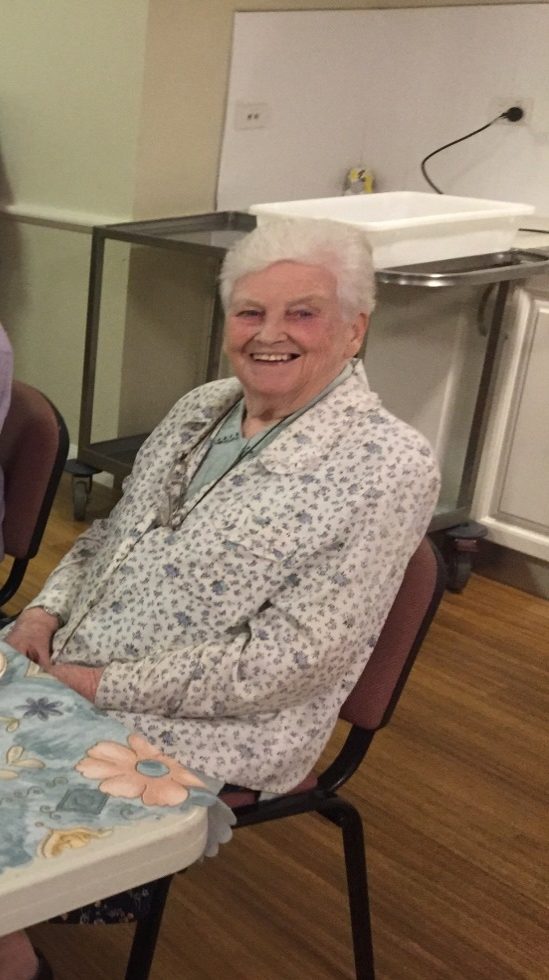