Capturing the Essence of Catherine in Bronze 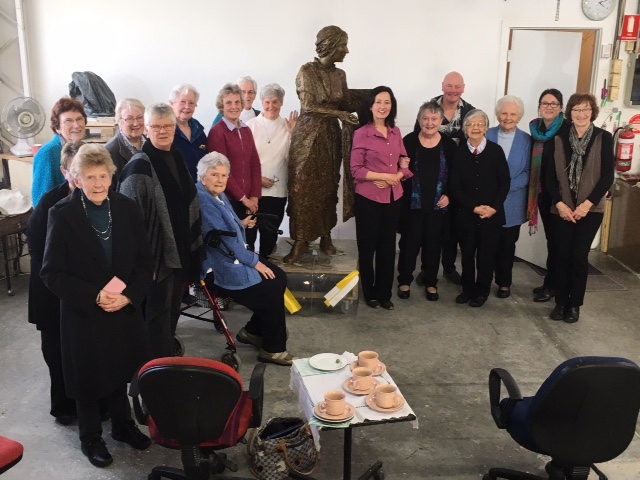 Recently at the generous invitation of sculptors Meliesa Judge and her husband Will Kuiper, a group of sisters and friends visited Liquid Metal Studios in Adelaide to view the second edition of a bronze sculpture of Catherine McAuley. The sculpture is now ready for installation at Monte Sant Angelo Mercy College in Sydney.

On display in the front entrance of the studio were multiple bronze sculptures, diverse in topics and size. There was also a continual powerpoint presentation on the computer showing the steps taken before the bronze sculpture of Catherine McAuley became a reality. A life model was used for the initial figure to be sculptured in clay. Two photos showed Meliesa and Will taking the melted bronze from the foundry crucible and pouring it into the refractory mould which was still warm from the oven. The bronze was poured at around 1150 degrees centigrade.

After a tasty afternoon tea Meliesa explained the complexity and steps taken to create a bronze sculpture. Her extensive research on Catherine influenced each aspect of the sculpture. Meliesa chose to depict Catherine as a woman dressed in the clothing of her time. Strong movement is captured in the sculpture as Catherine turns and recognising someone in need she gently and respectfully offers the person her own shawl. It was obvious Meliesa had captured the spirit and charism of Catherine with real respect and affection drawing the viewer into Catherine’s compassion, strength, vulnerability and tenderness.

We thank Meliesa and Will for a most informative and enjoyable afternoon. 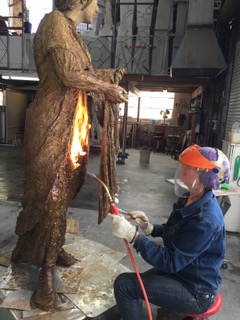 Meliesa Judge. After the bronze has been patinated the final finishing wax is applied. 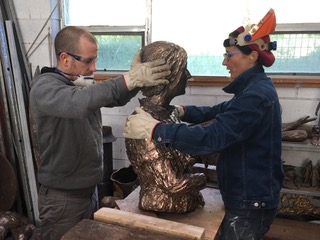 Kevin Monger and Meliesa Judge. Checking the fit of the head to the shoulders. 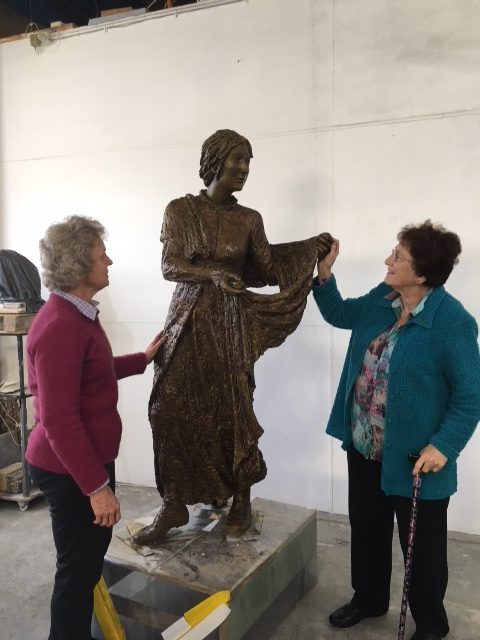