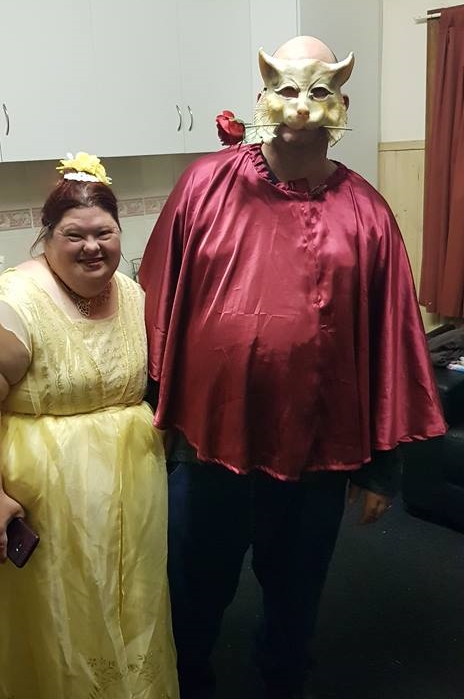 Angela and Colin as Beauty and the Beast the Talent Show

In April, Mercy Connect participants and staff from Orange attended Camp Licola for a week in the small town of Licola, Victoria.

Licola is the only privately owned town within Australia, being owned by The Lions Club. Camp Licola is held annually for people with a disability with an attendance of between 100 – 120 campers.

Mercy Connect participants Colin, Nancy, David and Angela alongside support staff member Simon, and Team Leader Rebecca who volunteered to go this year embarked on the 19 hour bus journey in the late afternoon of April 21st and arrived just after lunch the next day.

As soon as they arrived they were busy……. There is always excitement between participants to see which cabin they will be in and who they be camping with.

This is the 6th year that Mercy Connect – Orange have attended Camp Licola, with some campers having attended the camp for more than 30 years. 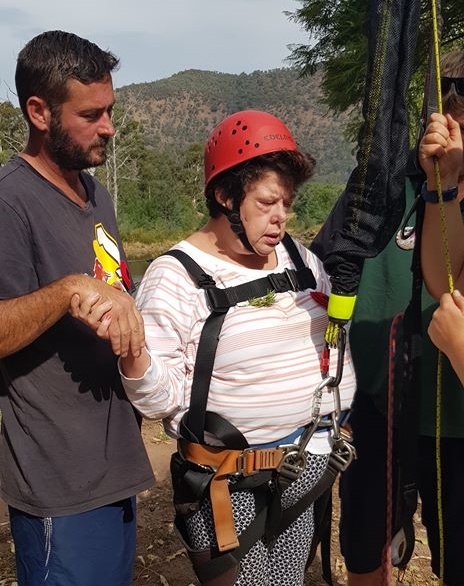 Each day during the week-long stay, the group were up and ready and left their cabin by 7:30am sharp and not getting back until 9:00pm. The days were action packed with lots of activities to do and many activities that the participants would usually not have access to.  TL, Rebecca said “One of my favourite activities by far was the giant swing, with many a deal made between the poor leaders and the campers – the campers would often say “Rebecca, if you go on it then I will too!” I am afraid of heights and screamed the whole way but if it encourages some of the campers to have a go, I am happy to do it and they are all very happy to laugh at how loud and long I screamed for! Colin, David and even Nancy went on the giant swing although I think Nancy screamed as much as me!”.

Every year, the support staff have a ‘proud moment’, where a participant does something ……. This year it was David when he was on the climbing wall. It took him about 2 or 3 minutes to even get off the ground and everyone thought that he was not able to do it. However with some guidance from Simon and encouragement from the people watching, he made it all the way to the top! David was so proud of himself and the confidence and excitement he showed afterwards was great to see.

During Camp Licola, a talent show is held, where anyone who wants to can get up and perform an act. This year, Angela and Colin sang and danced to Beauty and the Beast. The costumes were amazing and what was even more spectacular is that they did not rehearse. They only decided on the day of the show to do the dance and they were fantastic! 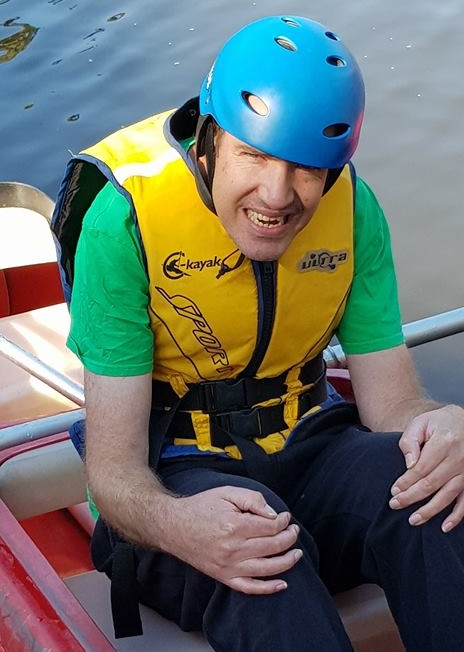 David in the canoe

Camp Licola is by far one of the best experiences that participants and staff can have. To see the campers so busy, socialising, achieving so many things, how proud they are of what they do and having so much fun is truly heart-warming.

Thank you to The Lions Club for running the camp year in and year out and Mercy Connect for supporting the group from Orange to attend. Staff and participants cannot wait to attend next year’s camp!