An Audio Book of the Catherine McAuley story 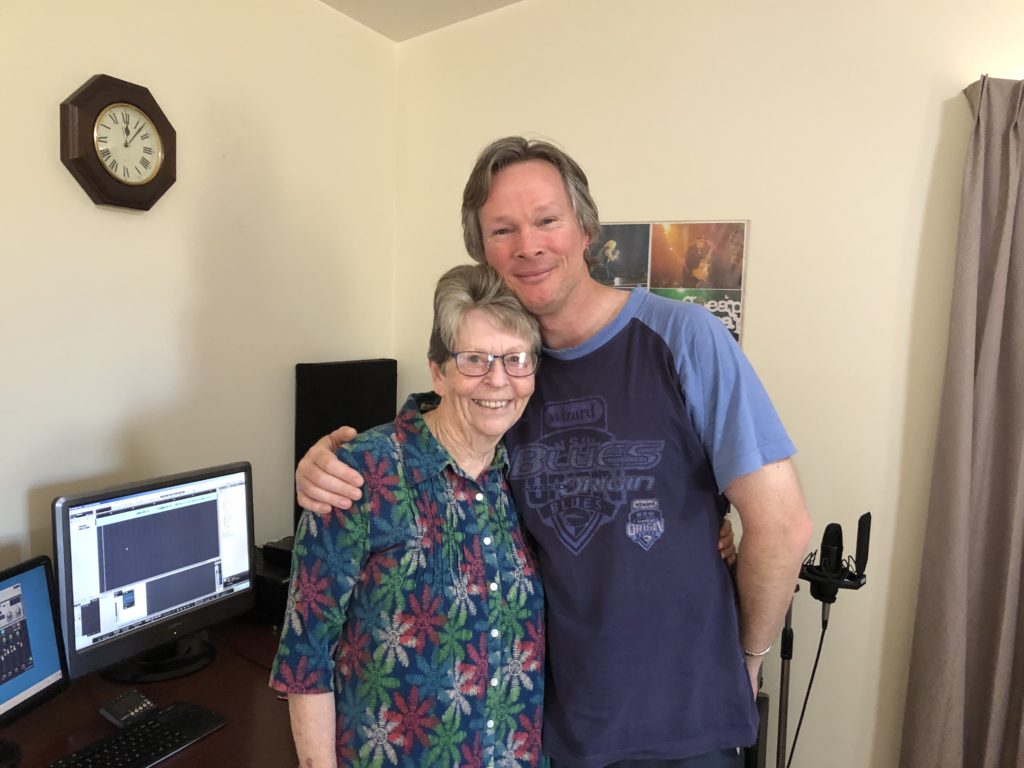 In March this year, Cynthia Mulholland, Events and Marketing Co-ordinator of Sacred Spaces Singleton participated in the Dublin Pilgrimage organised by Mercy Education.  On her return, she set about creating an audio book of the Catherine McAuley story to allow others to hear this inspring journey.

When Cynthia Mulholland found out she was heading off to Dublin, Ireland on a pilgrimage she was both honoured and excited.  She was travelling with a colleague from Cairns (Rod Cole-Clarke) and plans and preparation were put in place.  One of the suggestions made by McAuley Ministries, the sponsors for both Rod and Cynthia, was to think of a project that would integrate their learnings and to allow the fruits of their experiences to enrich their Ministry.  For Cynthia, it was an easy decision.  To make the story of Catherine McAuley into an audio book, allowing greater access to the Catherine’s story.

The book selected was ‘Catherine McAuley:  a woman who stood midway between vulnerability and possibility’ by Micheal O’Sullivan.  Permission was sought from Micheal and his publisher and both gave their permission and waived their royalty fees.  This was very generous of them and greatly appreciated. 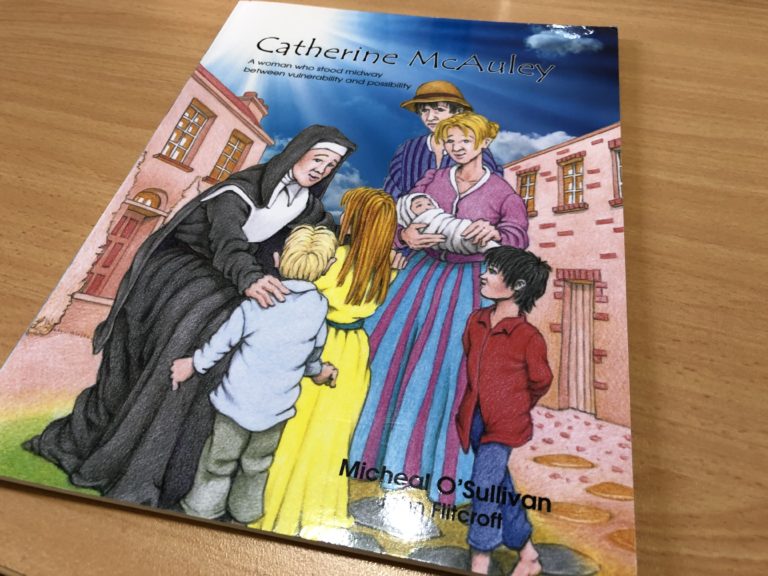 ‘Catherine McAuley:  a woman who stood midway between vulnerability and possibility’ by Micheal O’Sullivan

The next step was to source a narrator.  Cynthia wanted just the right voice for the audio book and knew she had found just that in Helen Baguely RSM.  Helen is experienced at leading retreats and has an ‘easy-to-listen-to’ voice that just makes you pay attention.  Helen kindly agreed to assist and now the search was on for a recording studio.

Through local connections and friends of friends, Cynthia found Michael Armstrong.  Michael is an enthusiastic Singleton musician who is involved in the local Theatrical and Musical Society.  But more importantly, Michael has his own recording studio.  Michael was contacted by Cynthia and a friendship was formed.  When the purpose of the audio book was explained and the context given, Michael kindly donated not only his time, but also his equipment and expertise.

The recording took place and the audio book was edited and completed, thanks to Michael and Helen’s expertise.  Cynthia is very pleased with the end result and expressed her gratitude to both Helen and Michael for helping complete this project. 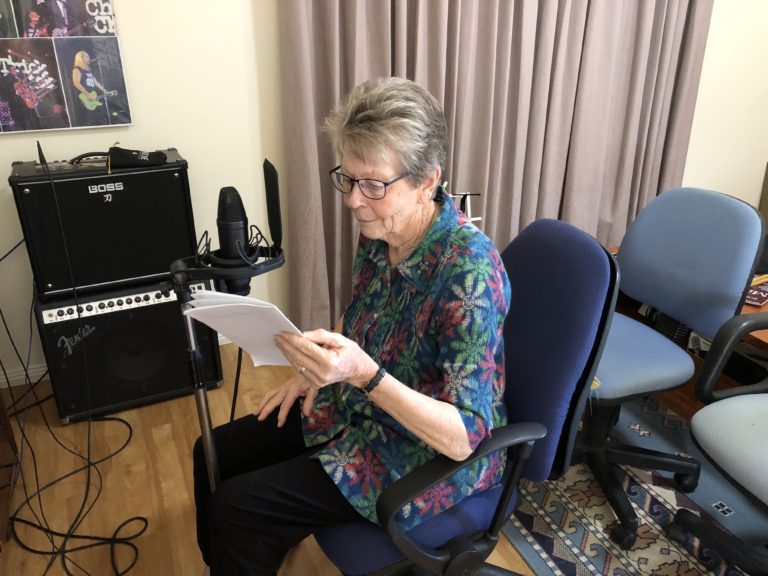 Cynthia stated that she feels “very fortunate to be able to share Catherine’s story on a a regular basis via tours at the Singleton Convent, but now with this audio book, more people will hopefully have the opportunity to learn of the incredible achievements of this woman who has left behind such a lasting legacy”.

In case you are wondering, Rod Cole-Clarke’s project was to install the words of Catherine throughout the public areas of the Seville Conference Centre so visitors and staff can reflect on Catherine’s wisdom.  Rod’s story will appear in a future edition of Just Mercy.

To listen to the Audio Book, click on the arrow below.