A Visitor to Star of the Sea, Apollo Bay 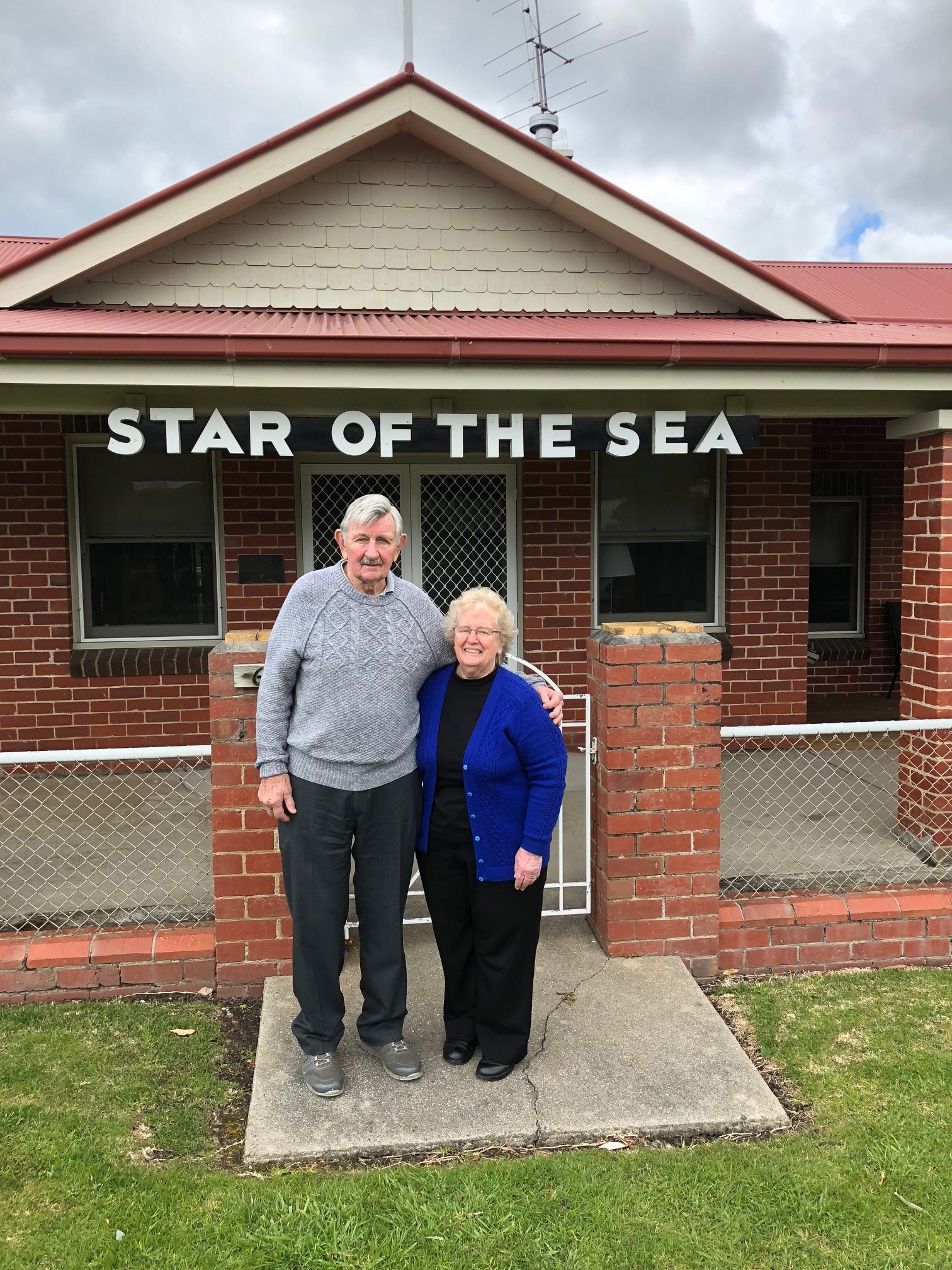 As a youngster, Mr. Tim Shallvey lived with parents, his brothers and sister in what was then known as “The Chalet”, a guest house now known as Star of the Sea, Apollo Bay.  The Sisters bought the house from his family and it has since been a Convent, boarding school, holiday house and is currently a guesthouse providing holidays for families who could not otherwise afford a break.

Refugees, single parent families, people who are ill and needy families have enjoyed respite because of the generosity of the Sisters and other guests.  In recent times, it has been offered through BlazeAid to needy farmers suffering because of the drought and fires.

While holidaying in Apollo Bay, Mr Shallvey and his two sons called in to take a nostalgic visit to his old home. The façade is still as he remembers it. A wander through the holiday house brought back many memories, which he was very happy to share with Sr. Liz Callen RSM, manager.

Mr Shallvey vividly recounted his experiences of living in the Apollo Bay of his boyhood: the fishing boats, milking the family cows, catching bullfrogs at the bottom of the property, his schooling, playing football and catching crayfish.   He remembered the gravel road from Lorne to Apollo Bay which took an hour and a quarter to travel.  Nowadays with widened, sealed roads and better cars, the time is reduced to about forty-five minutes.

The guest house run by his parents in those days provided meals and laundry, which minus the modern equipment would have been very heavy work.  Mr Shallvey described boiling the sheets in the old copper, a far cry from the modern washing machine. He remembers the busy two hour slots over mealtime; he remembered the boys sleeping in the garage during the heavy season at the guest house.

Patrick, his son, shared fond memories of holidays with Grandpa, the salt and fresh water fishing, swimming, and fun shared with other regular visitors to the Bay.

The Star of the Sea had a major upgrade since Mr Shallvey lived there but memories of the old days were very clear.

Before leaving, Patrick visited a favourite spot at the bottom of the yard to dig for worms to use as bait on his fishing trip.

Great memories were shared and the family and Sr. Liz thoroughly enjoyed the reminiscences. 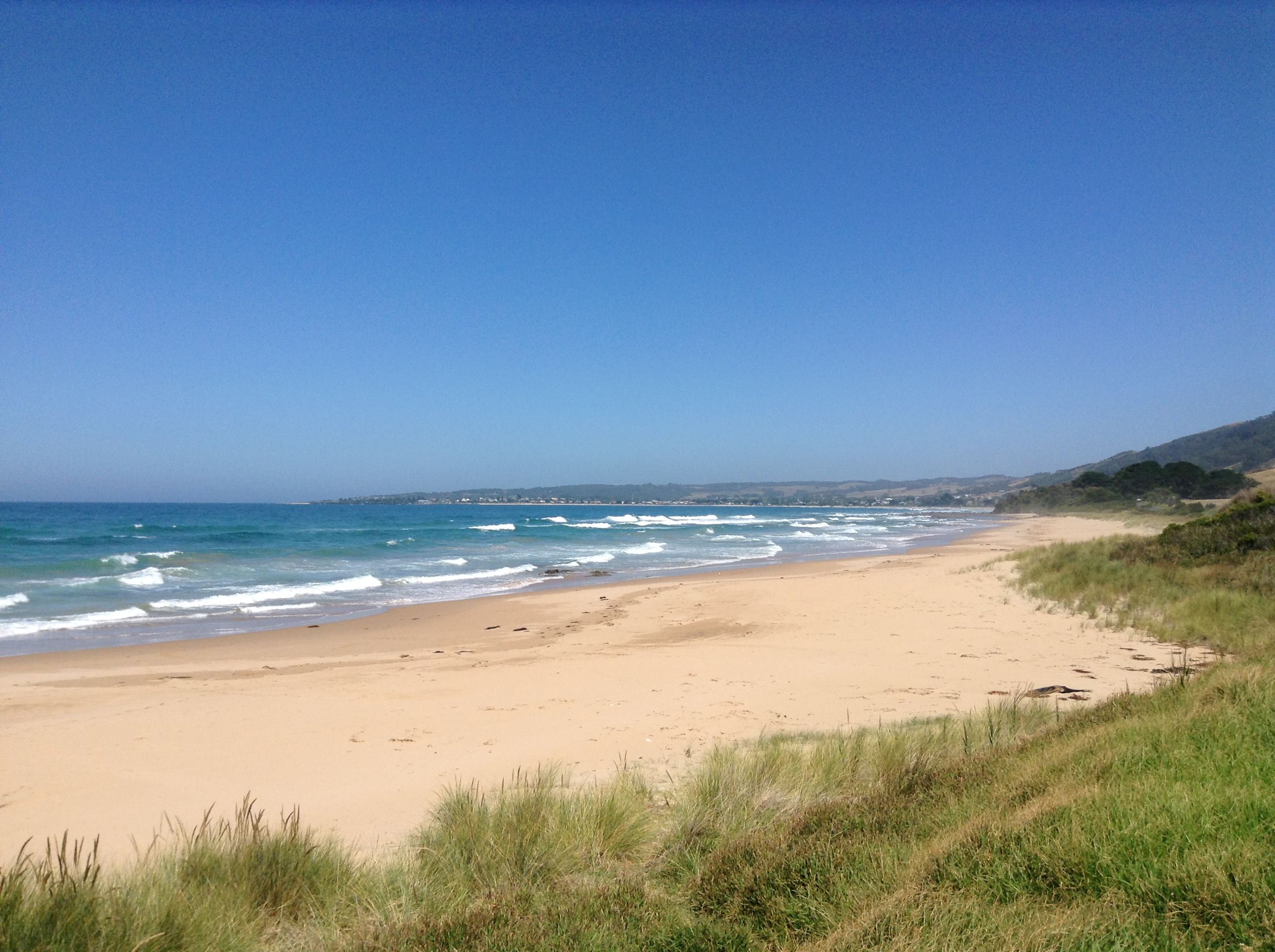 Apollo Bay from a distance 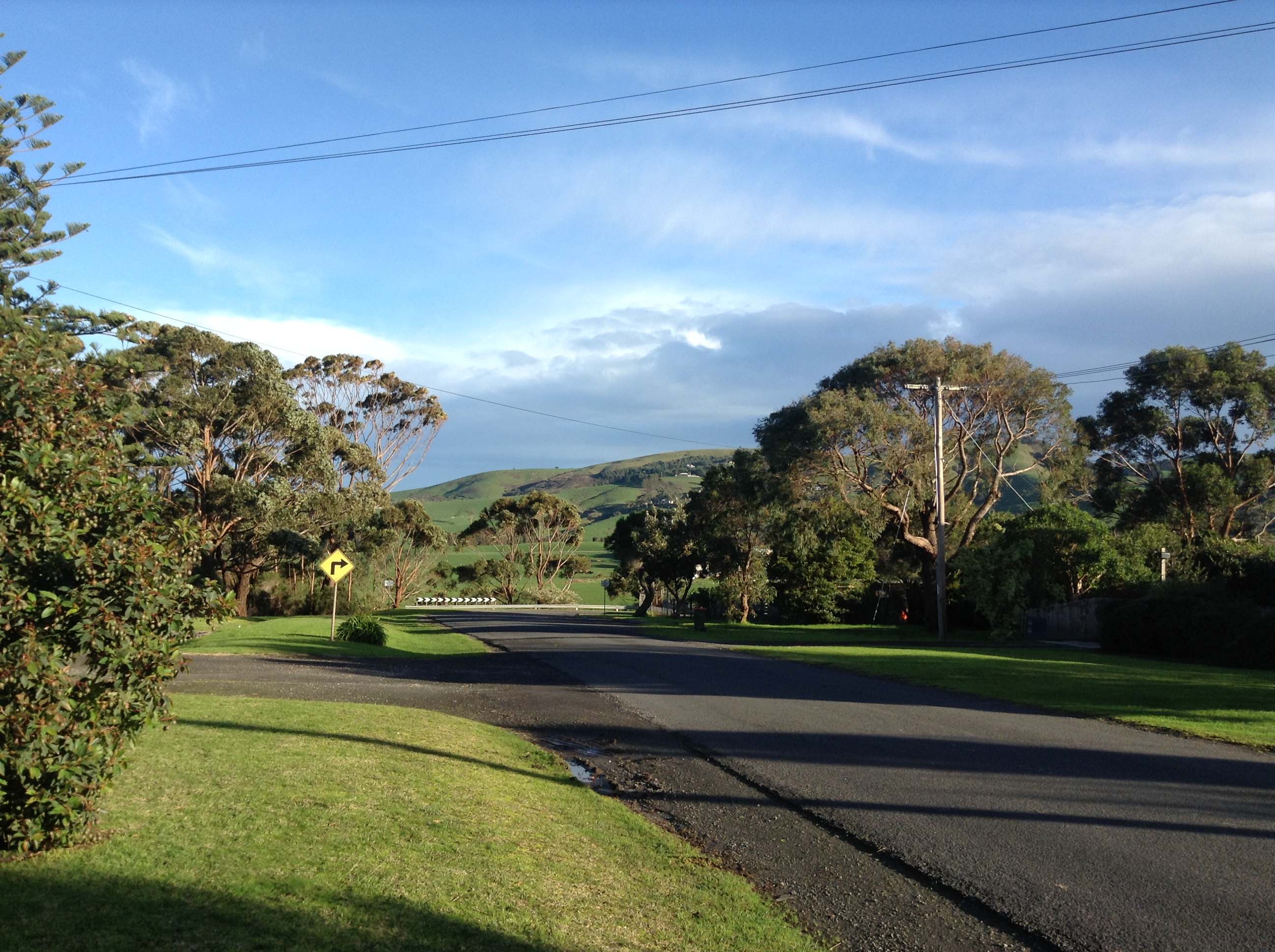 View from front of Star of the Sea 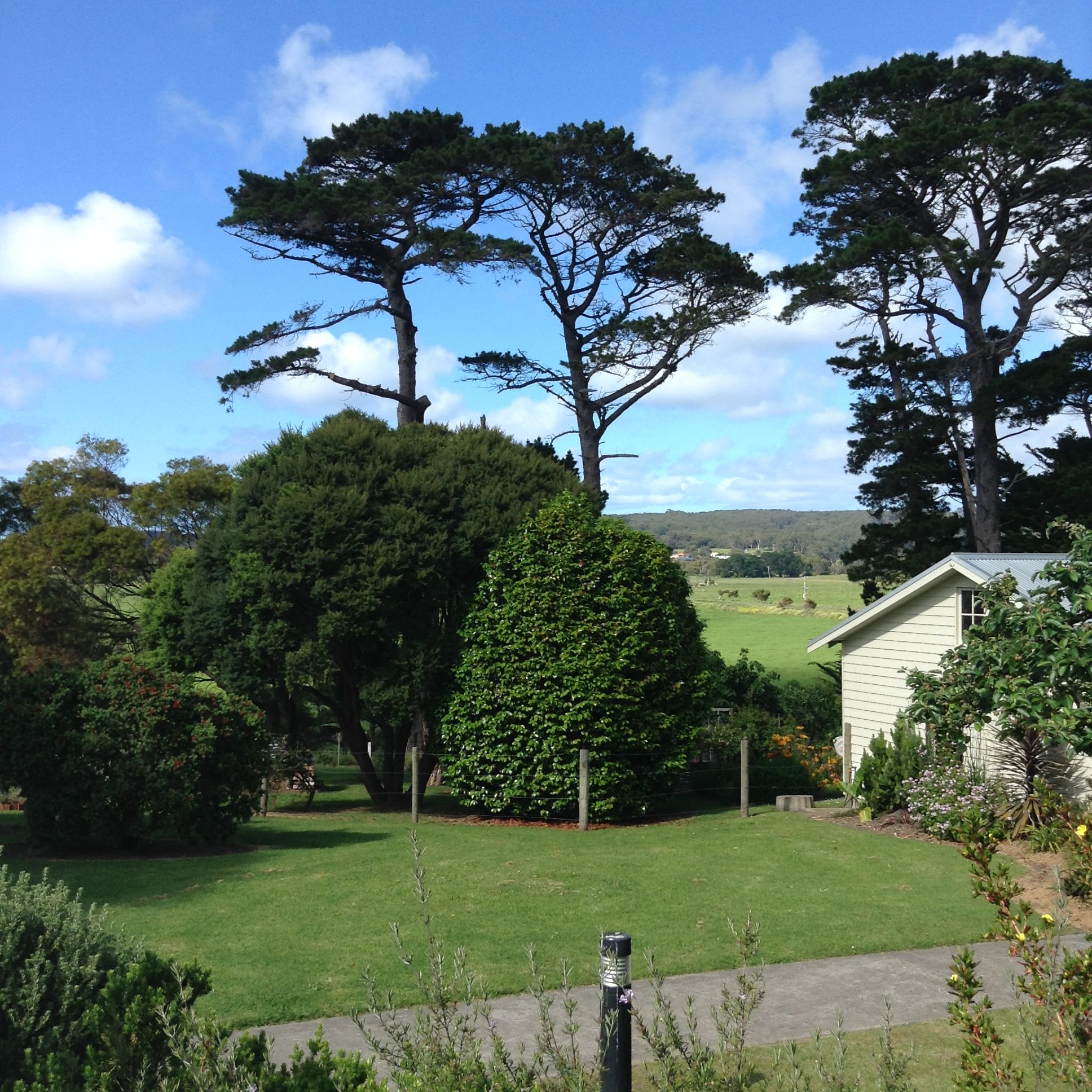 View from back veranda looking over the farms